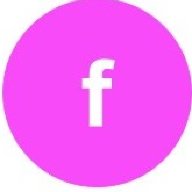 Have seen multiple threads about boot issues but mine is for an older 2020 (new frunk but pre-refresh) Model 3.

Last night had to go into the boot several times (loading kit for scout camp) when went to try open the boot before going home it wouldn't open on the boot release latch - sometimes this happens if the BT is a bit iffy so get the phone out to release the boot and it didn't open, screen in the car wouldnt open it either so I had to do the only thing I could and empty the boot from the rear seats (a bit of a challenge getting camping gear out) then releasing from the emergency latch on the inner boot wall, this opened the boot but after that I still couldn't open the boot apart from the emergency release.

I'm assuming it's the wiring loom issue that has plagued the M3 and MS in the past, rear view camera works fine and so does the heated rear window so those cables seem to be intact. I've booked a service appointment and the mobile team will be coming to my home on Monday to look at it (i'm assuming from my description in the app - same as above - they'll have a spare loom and the bracket to keep the loom in position).

Anyone had this issue with a pre motorised boot? I've seen some YT videos showing the issue so think it's pretty common.
•••

Most likely the wiring loom, as you surmised. Two wires for the boot release and camera, either or both can split with use with the older loom.

What is a surprise to me is that I've got an older car than you and recently had a ranger out to do the recall on my car, but they couldn't do it because I've got an aftermarket boot lifter kit fitted. They inspected the wiring in mine and said it "wasn't one of the ones that needed it". Since yours is an even later car than mine I would've thought the same would apply.
•••

Had this recently, although could still open the boot using mobile app and the MCU:

The external button to open the boot appears to have failed on my car. This is a 2020 TM3 without power tailgate. Can still open the boot via the app or infotainment screen. Noticed in the weeks preceding the failure that the boot seemed very heavy to open, so I'm wondering if there's some...

Ranger replaced the loom as one of the wires had snapped.
•••
G

Your camera feed and heated screen wiring follows the same path as the wiring for the boot release signal and if those others are fine it's unlikely the only other wire drawn together with them is damaged - it would be more likely all were damaged and the wire we would be talking about is simply a 12v feed. The ranger will simply remove the boot lid liner and test the lock motor and the power cable - that will identify exactly what has failed - and my money is on the drive motor within the lock.
•••
G

Forgot to add. The loom issues were the result of tesla fitting a solid core cable for the camera to some models rather than a multi strand - Solid core tends not to like flexing and will crack and break but multi strand is able to tolerate movements so much better. The wire that feed the voltage to the lock is a multi-strand and highly unlikely to develop an issue.
If this was a loom issue you would have experienced intermittent failures of the boot opening a long while before complete failure as the flexing would create a make and break intermittency- and you haven't mentioned that. You also used the boot release many times before it failed and that may mean the temperature in the motor raised and created the eventual failure of the motor (It's only a tiny piddly thing)
•••

Either way hope it's an easy fix, just a pain having to move seats forward to drop the rear seats to get owt out lol
•••
G

If it is the lock motor, they will just fit a new lock complete and if the Ranger has one in his car it will be a 10 minute job.
•••

So repair happened on Tuesday, the mobile ranger checked the boot lock motor and was fine, they replaced the wiring loom - the ranger said it looked like some of the lights were't working too well on the rear too, now all swapped out and its back to normal operations!
Reactions: mick4545
•••