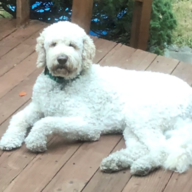 jdle714 said:
I was referring to the TSportline in dash. I don't like how the hansshow one blocks the vents.
Click to expand...

Gotcha. FWIW, this one is smaller than previous models, providing better airflow.
••• 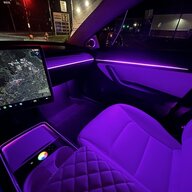 jdle714 said:
I was referring to the TSportline in dash. I don't like how the hansshow one blocks the vents.
Click to expand...

I think the tsportline one does block the vents as well.
•••

PauliePucks said:
Avoid this one…I recently added a dash display and did a lot of research before I bought one (got the latest 9” linux hansshow one)

Aesthetically, this OP one is great. Looks OEM, but the split piece dash cap was off-putting. I was willing to deal with it.

The real deal breaker with this unit is the UI. It’s really bad. Every video I have seen of this unit in action really highlighted the flaws. Most of these units ship with a very bad software version that causes the hazards to flash on screen every time you press the brake. The font is mismatched in certain areas as well. The screen quality isn’t great either. No CarPlay/Android Auto was a miss too as most people installing these are doing so for support of those interfaces.

An update has been made to fix the UI issues, but it’s still subpar. Most of the YT’ers I follow who were given this unit to review have removed them because of the buggy UI.

Sorry for the long post, I was hoping for the best when I found the OP one (I made a thread on it too out of excitement lol) but it’s got some big issues still.

hazards flashing on braking means your device is configured for EU teslas. there might be a software option to switch to NA mode. (same issue happens if you put european spec taillights on your NA tesla).

Those chinese aftermarket dashs often say READY as that is a legal requirement in china to show that the motor is energized to prevent people from thinking the vehicle is in park and i.e. stomping on the throttle while parked.
They were the first ones mandating a chime when cruise control is activated too which was later extended to all Teslas.

I dont think theres anything special about the sportline dash. They are just reselling alibaba dashes. showing mph is nothing exclusive to them, you can just change between kmh and mph in device options (even on their own devices probably). The fact that it displayes READY further shows that the software is definetely not custom - and if it is, it has not been well tested by sportline.
Last edited: Jul 11, 2022
Reactions: Brou and PauliePucks
•••