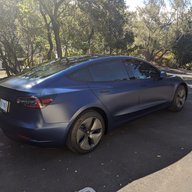 Hi All -- did some searching on the forum but just giving my perspective (plus some hopeful conjecture).

Took delivery of my LR AWD Model 3 on Saturday. Due to a bunch of finagling and negotiation was able to get $2,000 off of the price due to the recent sales promotion. Score! While at the delivery center I checked to see if they had any key fobs available (as they had always been sold out when I had looked recently) and initially they said they were out but when I asked someone else, they said they had a few. So since I had saved a few bucks already I figured I'd get a fob.

Primarily I was thinking my keyring would feel weird without a car key on it, plus I *thought* I would be getting something very cool and supplemental to the phone key. Silly me, I should have read up on the fob before buying.

So after delivery I dropped off the car for PPF but that hour of driving was absolutely amazing! I love the car already.

Spent the weekend reading the manual as I won't have the car back for a week, and after reading about the key fob not being usable for passive entry and walk away lock. Was discouraged that I may have spent $150 for nothing.

But now reading that some Android phones don't work as reliably with the phone as key. Plus hearing about the Labor Day fiasco where cars were disabled due to the update.

So now perhaps feeling a little better about having the fob. Assuming I leave my phone (Google Pixel XL) as a phone key and leaving the fob in my pocket, then assuming the phone works when I will rarely need to use the fob; though summon might be something to play with.

Is there any conjecture or expectation that they may add the passive entry and walk away lock in a future update? Maybe an Elon tweet?

Thanks for reading this lengthy post -- it's a way to ease my anxiety of not having the car for a week!
•••

Don't forget that you get two key cards included with your vehicle. Keep one in your wallet to use as backup in case the phone key isn't working or you need to hand a key over to a parking valet. Since I have my wallet with me at all times when I'm out and about (driver's license, credit card, cash, etc.), it's more convenient to me than having to carry an additional lump of plastic, especially since I don't otherwise need a key fob for house keys.

The advantage of the fob is that you can perform some functions from a distance by pressing on the buttons, such as unlocking/locking the car and popping the trunk/frunk. You normally don't need to place fob on the cupholder in order to drive. That action is only needed if you wait too long before stepping on the brake pedal to "start" the car, in which case, you'll need to reauthenticate by either pressing the unlock button on the fob again or by placing it on the cupholder. Once the car "starts", you don't need to leave the fob on the cupholder. This dance routine also applies when using the key card.

As you'd surmised, the auto-lock function only works with the phone key. If you use the key fob or card to unlock the car, you'll need to use it again to manually lock the car when you exit. Also, there's no conflict with having any combination of "keys" with you on your body while you're in or out of the car.

Since the fob is already bought and paid for, I wouldn't stress about the purchase. It has utility and offers familiarity to those who otherwise may be put-off by having to use a phone or card to access the car (e.g., valet, spouse, offspring, friend). Also, the car-shaped fob makes for a great conversation starter with people unfamiliar with Tesla vehicles.
Last edited: Sep 16, 2019
Reactions: JES2
••• 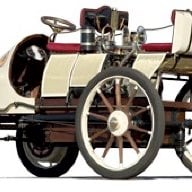 I have the fob too. You'll probably find the key cards more convenient as a backup for the phone. The fob is really more for people who can't or won't use a phone (even without passive entry it's still much better than always having to tap a key card to the B pillar). It was also useful in the early days to give to valets, who usually didn't know how to use the key card. But that has changed. At least here in CA they are now familiar with the cards.
•••

I think the fob is worth the money to set on the mantle and just look at, it’s so damn cute.
•••

Puddles said:
I think the fob is worth the money to set on the mantle and just look at, it’s so damn cute.
Click to expand...

Do you keep it in a clear plastic display case as well?
Reactions: Puddles
•••

Lol thanks all, good insights. I'll carry it for a few weeks then decide what to do with it. First I must get the car back!
•••
S

I got mine right after I got the car in February.

For my work, I’m in and out of the car all
Day accessing trunk, frunk, back seats etc continuously (sales). Sometimes the phone is not always reliable in areas of bad service And reaching for my wallet in the bag can be cumbersome at times when it’s full.

I find the fob to be great if you have a bag or suitcase you carry all the time. I put the fob on a carabiner with an aluminum key fob frame and leather loop combo I found on amazon.

It’s quite the statement piece and you still have access to all ports/doors. Highly recommend.
•••

That labor day stuff was a mixture of disinformation and bad luck.

1) The cars were absolutely not disabled.
2) The phone as key worked perfectly unless you logged out of the app. Unfortunately a bunch of people did this in an attempt to troubleshoot the issue.
3) Key cards, which you should probably carry regardless in case your phone dies, still worked.
Reactions: BluestarE3
•••

Thanks @justsomeguy that's good to know-- everything gets so blown out of proportion on the internet LOL. Still, I'll probably be super cautious and carry phone, key card, and key fob until I get used to things.
•••
E

Stop worrying. Yes, you probably did waste money on the fob, but just assume that you only got $1850 off the car and a fob thrown in.

There is a new fob v2 out that does passive entry. You will have to spend another $150 for that v1 fob or you might try returning the first one.

BTW: Tesla's most expensive fob is the one for the Model 3. Looks like I will have to buy a couple more passive ones making my purchase $600 more expensive.
•••

Reeler said:
There is a new fob v2 out that does passive entry. You will have to spend another $150 for that v1 fob or you might try returning the first one.

BTW: Tesla's most expensive fob is the one for the Model 3. Looks like I will have to buy a couple more passive ones making my purchase $600 more expensive.
Click to expand...

Yes, saw the news today and am mildly annoyed, but overall the key fob has been a nice backup. Fortunately the phone key has been working flawlessly (Pixel XL) so the fob is anice backup for valets.
•••

B
Model S Auto locks with key fob in the car