Model 3 motor changes on the plaid

Sandy has a great video (as usual) on the Plaid motors. They make the claim in this video that introducing this specific design change, allows Tesla to pull an additional 25% HP, and 25% TQ from the motors. I'm making an assumption here, but having this small segmentation on both ends is probably also why they were forced to do the carbon fiber winding, to hold it all together (but could be wrong on that).

If this is the actual statistic on performance increases, Tesla could easily add an extra 100hp/tq to the model 3 by doing that to both motors, and then use whatever controller voodoo they implemented on the plaid to hold that power out to the end of the RPM band. Seems like a minimal cost, would give us a massive boost in performance, and would still remain well below the plaid's performance to not infringe on those sales.

It's hard to believe such a small change, makes such an enormous difference in performance. 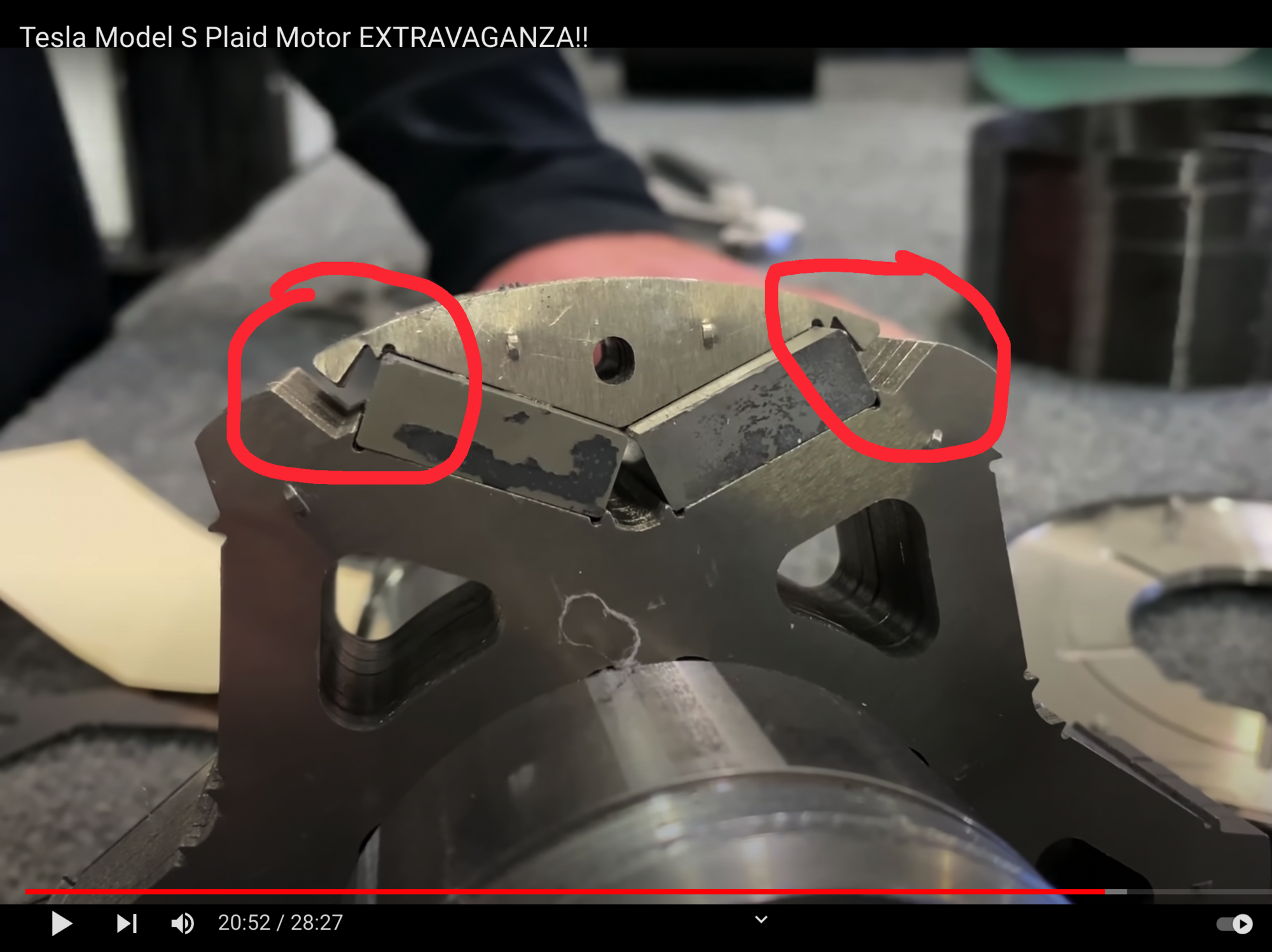 Yeah when the Plaid was first announced they bragged it was so fast that they had to "invent" a revolutionary carbon wrap - a claim untrue in every regard. First, they didn't invent that, high performance model airplanes have been using carbon wrapped rotors for decades. And second, the 7.5:1 gearbox in the Plaid means that the rotor doesn't actually spin any faster than that of a lowly unwrapped Model 3 with its 9:1 gear.

But now it all makes sense, the carbon is just a necessary by-product of the segmented rotor. This motor is a very modern (but common) IPM-SynRM design which works like a conventional "brushless" motor at low speeds and a common "induction" motor at high speeds to get the best of both worlds. But unlike a standard induction motor which typically contains many individual copper bars, the Model 3 rotor laminations are made in one continuous piece with narrow and wide regions to simulate those individual copper bars. The problem is that while the thin connections greatly restrict magnetic flux, they still allow plenty of leakage to reduce performance. In the attached pic a Model 3 rotor is being run without magnets - the V-slots are empty and only serving to segment the rotor into individual bars like an induction motor but you can see the magnetic flux squeezing thru the thin bridges between segments to reduce performance. By cutting those connections the Plaid can better utilize the benefits of an induction motor at high speeds without sacrificing the low speed performance of a permanent magnet motor.

The little dingleberries at each end of the segment are certainly curious. The smallest triangular nubs are obviously securing/aligning the magnets but just outboard of those nubs are some larger triangular features which are oddly cantilevered and don't seem to serve any structural, magnetic, or thermal purpose. Anyone know what they are? 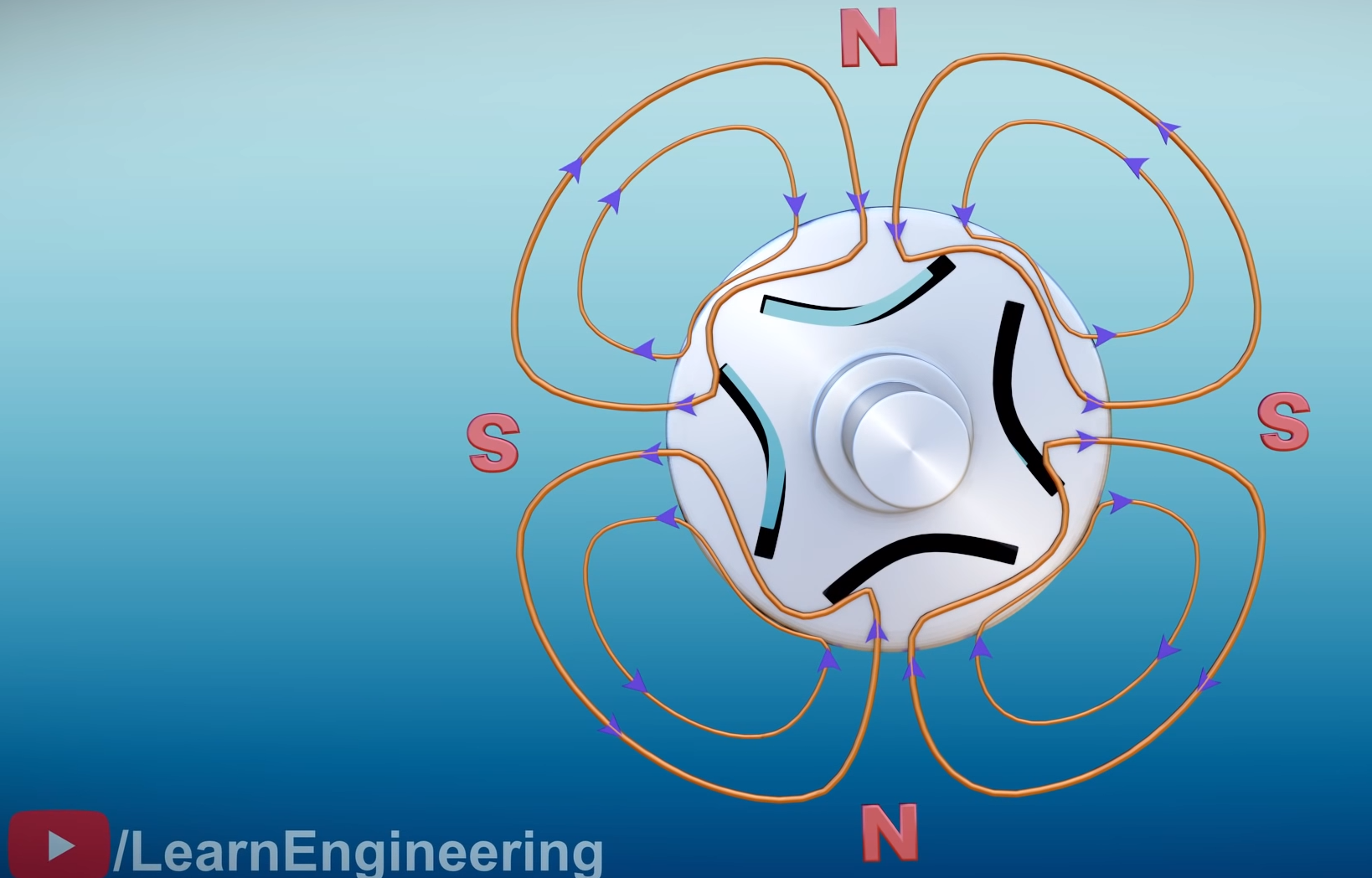