Yesterday we hosted a VIP guest speaker, an executive Vice President from a Fortune 100 company. I went out of my way to make sure that our PR department hired a nice car to pick him up from his hotel and drive him to our site. Well the driver happened to get lost despite ridiculously clear and redundant directions, and dropped him off 20 minutes late. That was just the start of it. When the presentation was over, we looked outside and noticed the driver had left (he was in a black Lincoln Navigator). I immediately called the dispatcher and they gave me his personal cell phone. When I called, he seemed annoyed that I was bugging him on his personal phone and told me he had to take off for a little bit. I told him our guest had left his luggage in the Navigator and he better come back ASAP. This apparently annoyed him and he literally said: "No, I don't think so. I'll leave his luggage at our main office." and hung up on me and then proceded to turn off his phone. I called the main office back and they said: "Yeah the luggage is here, feel free to come pick it up whenever". No offer to send another car or anything. I started to panic and called for our own driver but he was 20 miles away at a satellite location. At this point, it was getting dangerously close to our guest's flight so I offered to take him to the airport myself. When he saw the car he said: "Is that a Tesla Model 3? It's the first one I've seen in person" and the mood immediately lightened. He got into the car with his two escorts (bodyguards?) and off we went. The whole drive was spent talking about Tesla, their history, and how Elon can't seem to stay out of the news.

The car worked flawlessly, even the phone as key worked to let us in One point during the drive he asked if it was quick like the other Tesla cars so I proceded to put my foot to the floor. He was honestly impressed (or maybe slightly scared). He said he had never considered a Tesla before but now he will go back home and consider it for both personal AND business use (keep in mind his company has 300,000 employees). He loved the fact that it's an American made car and made a comment about how well it was put together... I couldn't help but grin when he said that
Reactions: MikeC, Thora, Troy916 and 36 others
•••

Loved the story!
Hope that car service gets nailed to the wall.

What was an exec VP talking about at Con Nichiwa???
•••

e-FTW said:
Loved the story!
Hope that car service gets nailed to the wall.

Did you jump down the throat of the car service company after?
Reactions: F_T_K and TQCLove
••• 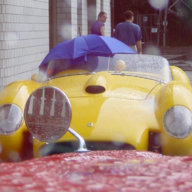 Thank you, after my daily dose of the Financial Times' Alphaville section again laying into Elon Musk [leavened by a small measure of real perspective, how refreshing], this was just what I needed.

sitter_k said:
Did you jump down the throat of the car service company after?
Click to expand...

Yep, I got them removed as an approved vendor and added them to our blacklist.
Reactions: e-FTW, sitter_k, nvx1977 and 1 other person
•••

S
Software update on Christmas - Love it! [when was the sleigh feature released?]