I'm trying to work out how much I can put in to the storage compartment under the boot floor in my Model 3. I've just checked and it doesn't feel like there's a solid base under the liner. 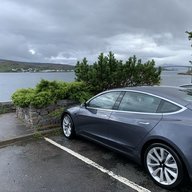 Mine has always been OK, but I’ve not got that close to the actual weight limits; you should put the heaviest items under the boot floor in any case according to the manual: 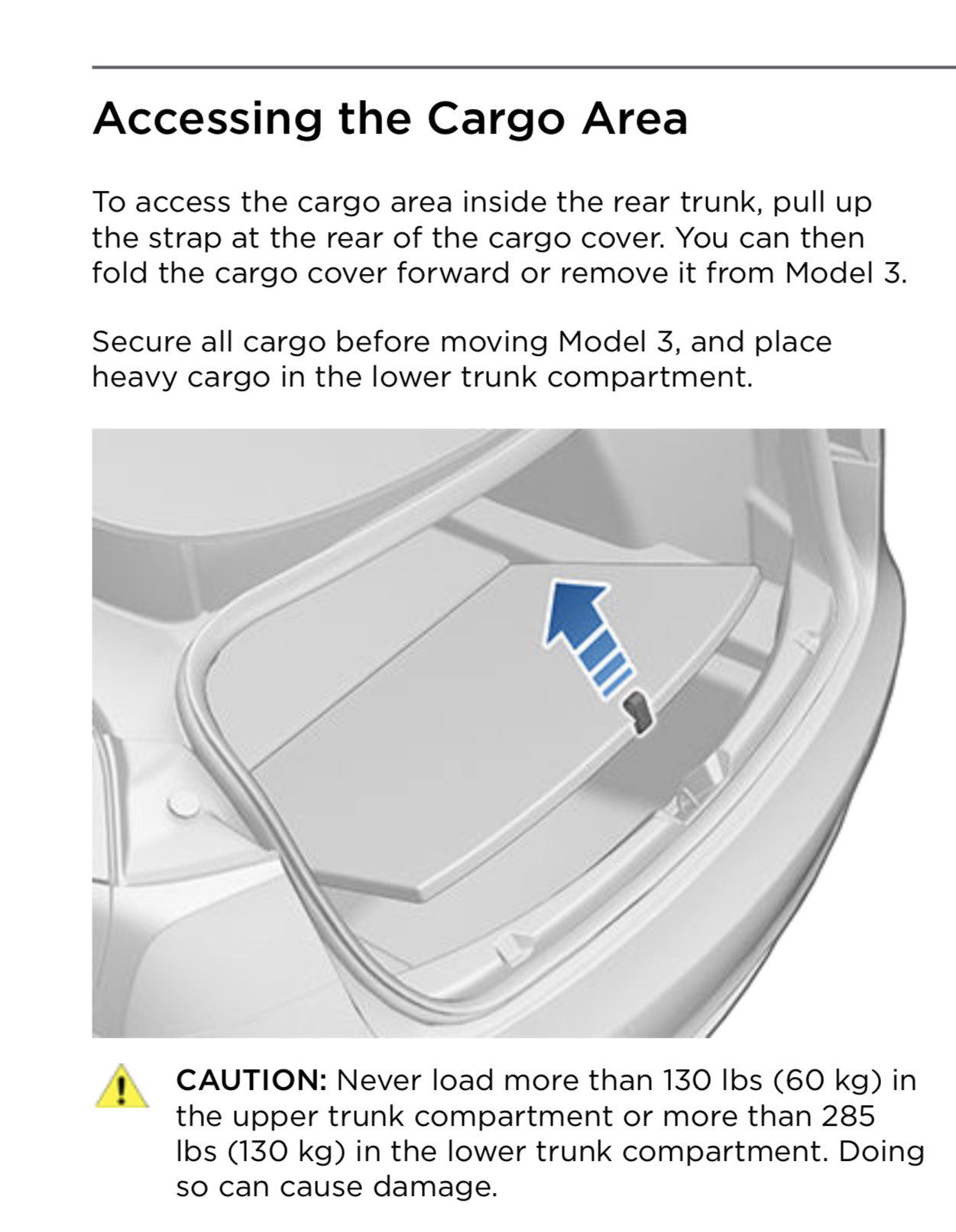 To add to the limits in above post, the cars overall occupant + cargo limit will also be printed on a (yellow?) sticker on inside of front passenger door frame.
T

130kg sounds like a lot for what is essentially boot liner holding it up!

twlr said:
130kg sounds like a lot for what is essentially boot liner holding it up!
Click to expand...

That's because it isn't just the boot liner holding it up! It does feel like that but it has quite a thick foam layer under the liner and then the metal of the under tray. You do feel the movement but as you say 130kg is quite substantial ... when you think a single fully loaded suitcase for flying is about 20kg...

twlr said:
130kg sounds like a lot for what is essentially boot liner holding it up!
Click to expand...

I think 130kg is a lot. I'm 6ft 4 and weigh 105kg. A sack of coal is traditionally an old imperial hundredweight which is just over 50kg. I think it would actually be quite hard to put anything weighing more than 130kg in that space.
The greater danger, in my opinion, is the 60kg limit on top of the cover!