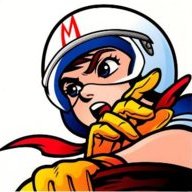 I have a 2017 MX and I have been waiting three weeks now for replacement plastic rear wheel fender flare moldings that surround the wheel openings. When my Mt Kisco, NY SC placed the order they originally quoted me no more than a few days to get these parts but as each week passed their story has changed. They are now telling me that this is a third party supplier part and none of their distribution centers nationwide have these spare parts in stock right now, and thus the delay. I challenged that explanation by saying that that cannot be correct because brand new MXs are coming off the assembly line with these parts as we speak so the supplier must be currently making them available. The SC was not able to form a response to this and I'm still waiting on the parts.

In short, my conclusion is Tesla is not providing spare parts out to their distribution centers in order to meet their new unit production numbers and thereby short-changing all current owner cars causing part delivery delays.

Is/has anyone else experienced similar part delays for either their Model S/Xs and are you being "fed" the same story through your SC? My concern is if I ever have a more serious accident it could take many months before all the correct parts could be sourced to fix the car down the road.
•••
O

I know this doesn’t really help.. but I bought one from eBay few weeks ago. I couldn’t tell it was used other than missing a clip.
•••

Yup, but the SC has already agreed to pay for these parts. My point is I shouldn't be having to go to the secondary market on the internet for OEM parts for a vehicle that is only a year old, not to mention the high-end cost of the vehicle itself. I used to work in the automotive parts industry and I know, by law. car manufacturers (and their suppliers) are required to produce enough parts for both their new & existing vehicles for dealership distribution. But because Tesla doesn't have traditional dealership locations there is no real parts contract to adhere to here. This is a longer term ownership concern I have with these vehicles. Or maybe this is just a side-effect of Tesla being in new production "hell" and only a transient condition they need to work past (?)
•••
M 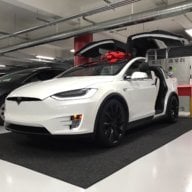 Subscribed. Our X needs a bunch of front quarter and wheel parts...

This has been an issue for years, don't see it getting better any time soon.
•••

B
Model X - delivery Date this Thursday - a couple of questions