Saghost said:
Also, an array of *six* forward facing cameras at various heights attached on the outside of the body (well, I'm assuming the lower pair have mates on the left side like the top camera does.)

What in the world would those be for? Maybe to evaluate different angles for stereoscopic pothole/speedbump/obstacle detection?
Click to expand...

Perhaps to find the best location for Autopilot cameras/sensors? Or road testing components that are not yet final spec.
•••

The front end reminds me of the Model X Alphas.
•••
F


the one on the side was rear facing

the one on the front was forward out up facing 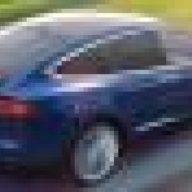 AnOutsider said:
The front end reminds me of the Model X Alphas.
Click to expand...

Yes. It seems to be an improvement over the recent mules or is it just different camera angles?
•••
A

sorry for poor video (cop was behind me)

got a shot of the frontend in the end

Thank you for braving the cop. This is a great, great video with good quality close-ups of all the pertinent areas. It also confirms there seems to be several cameras suction-cupped there. A good look at the spoiler too, which looks quite plasticy, probably not final parts or lacks paint. To me the front looks the same as always, perhaps a little more finalized, but of course it is in a camo wrap - still, a great look at it. As for those cameras, they indeed are in locations that could support all-around view, but it could be pretty much anything since we can't see any cameras inside finalized trim. Interior is Model S, as seen before, and probably nothing final.

Perhaps in some way seeing cars with suction-cup cameras this late in the game could suggest they are not ready to show finalized panels with cameras, which could either mean they are hiding them, or they are not yet ready. Former could be exciting for those expecting significant changes between mule and production, latter could be scary for those who fear delays and/or lack of features in initial Model X production.

Interesting to see what comes eventually out!

AnOutsider said:
The front end reminds me of the Model X Alphas.
Click to expand...

Cut out a picture and rotated it.
Image: http://i.imgur.com/XISfuZw.png 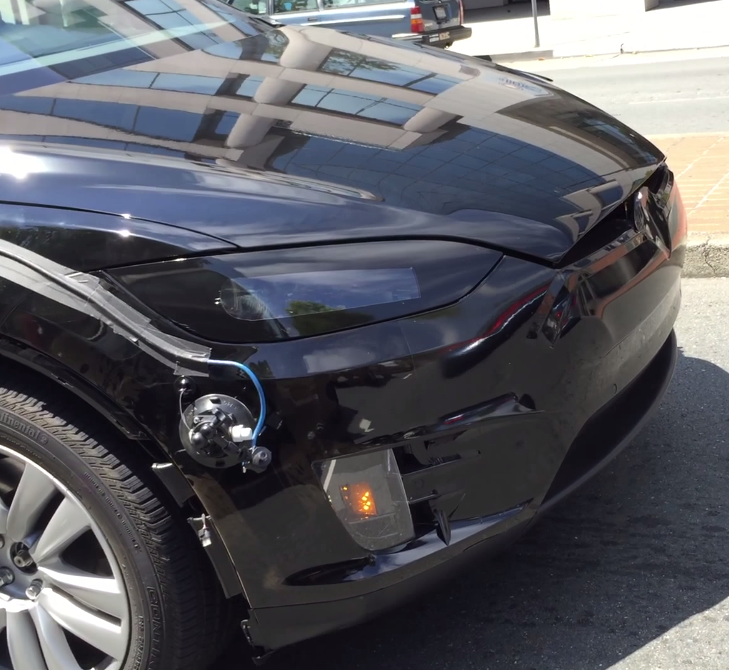 There is some hope. I was looking for a picture of the upcoming Maserati Levante that is due out next year. First is the Levante concept(?) and second is its mule... 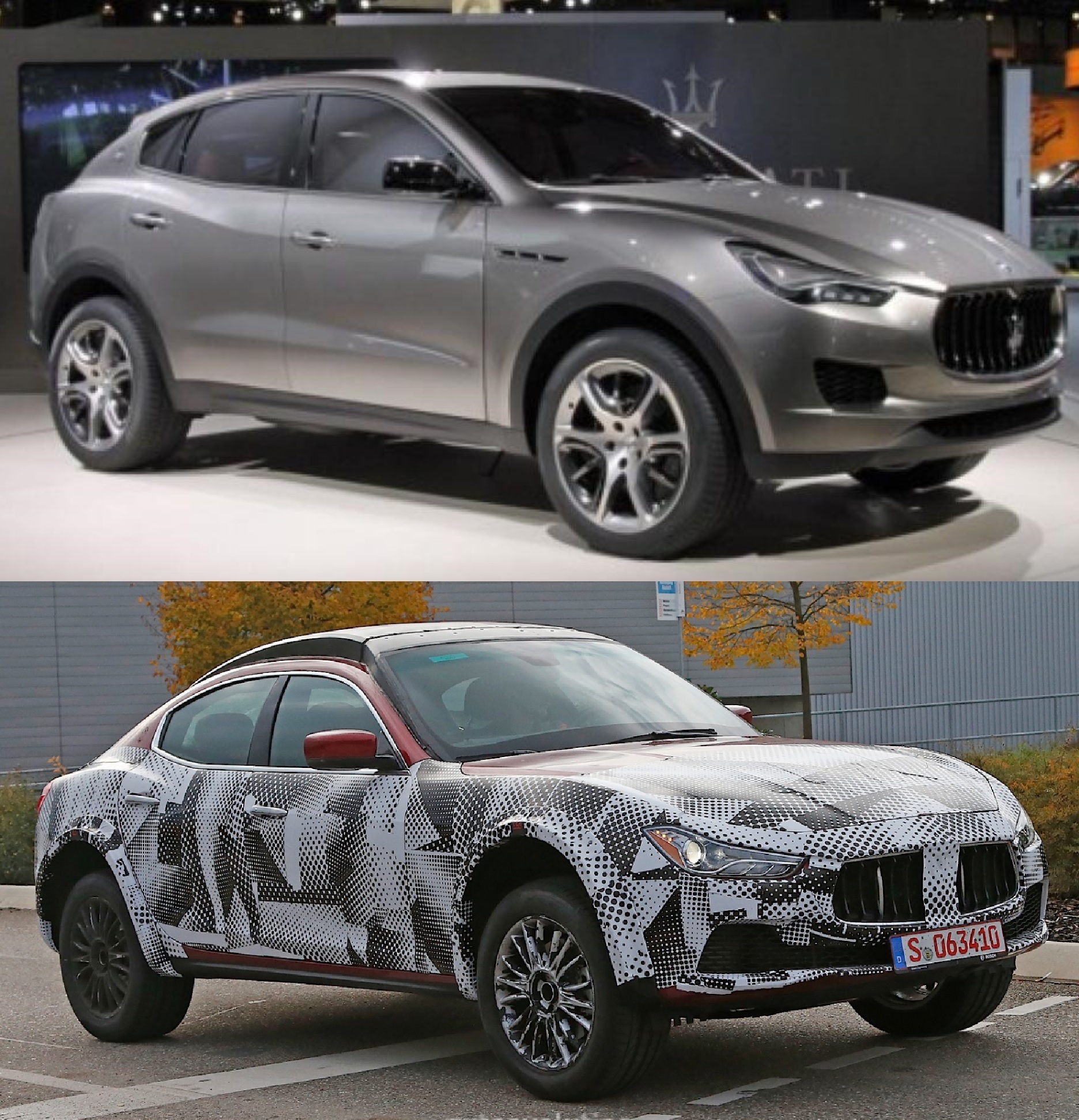 Thanks for the pic scottf. AR should be ashamed someone beat him to it.

AnOutsider said:
Thanks for the pic scottf. AR should be ashamed someone beat him to it.
I think that the big names also usually have more polished cars under the camo than Tesla does with the X
Click to expand...

Here's another good one I think. 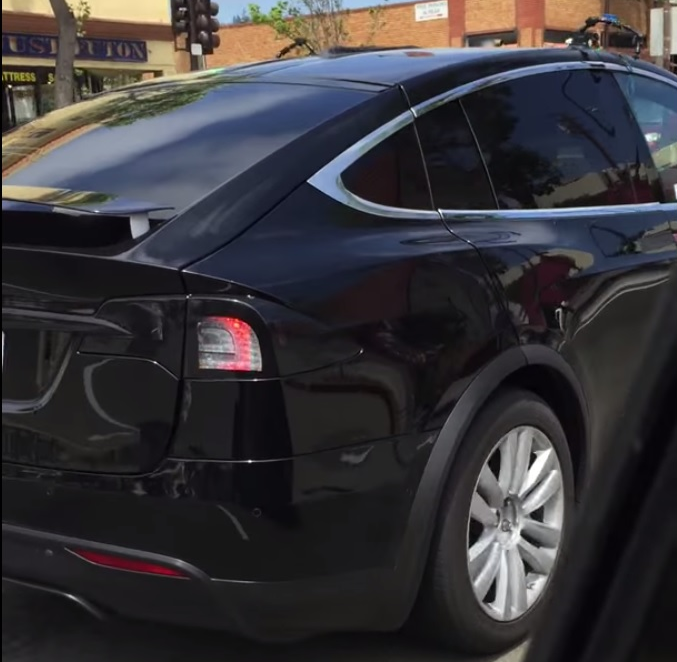 AnOutsider said:
I think that the big names also usually have more polished cars under the camo than Tesla does with the X
Click to expand...

Thanks to Dean Miller on FB "TESLA MODEL X Owners Club" page. Looks like they need to clean a few areas for sensors (?). 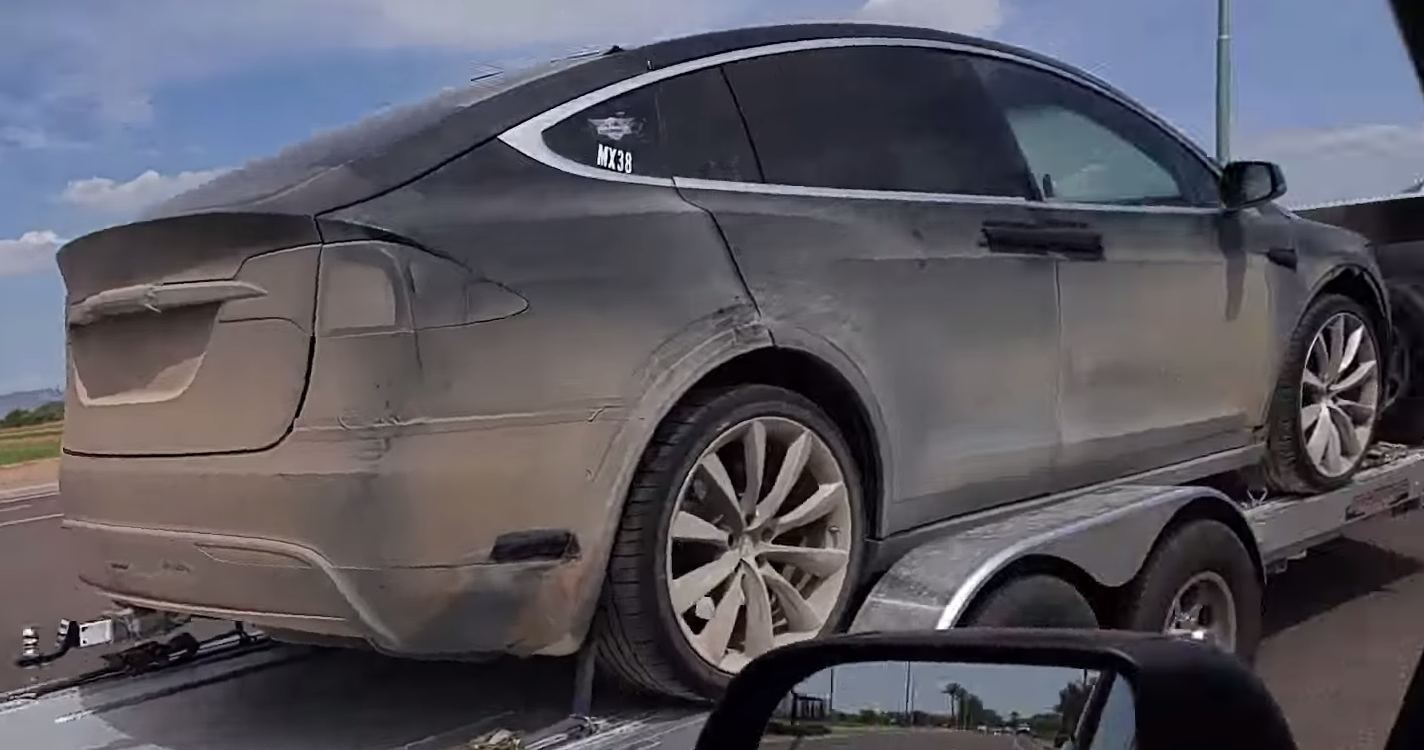 did u see the flashing light at the top left of the rear window at the seam in my video? is this an artifact or something else?

seem to start blinking as i get closer to the rear 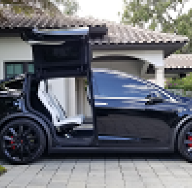 Awesome captures! I like how the front end looks in these recent videos... I really don't see Tesla releasing the X in 2 months given they are still testing today.
Last edited: Jul 21, 2015
•••
A 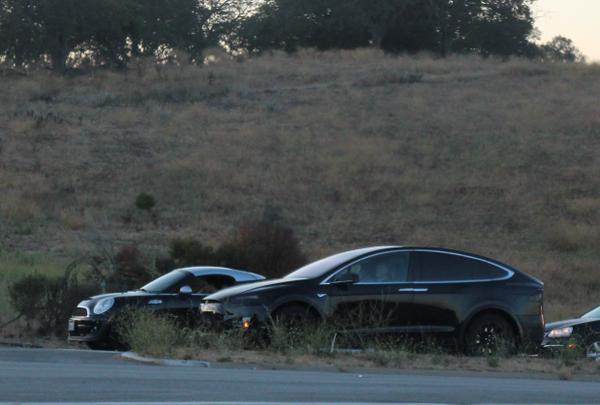 scottf200 said:
Thanks to Dean Miller on FB "TESLA MODEL X Owners Club" page. Looks like they need to clean a few areas for sensors (?).

Anzir said:
Awesome captures! I like how the front end looks in these recent videos... I really don't see them releasing them in 2 months given they are still testing them now.
Click to expand...

Do they ever stop testing vehicles? I think it would be necessary to know what they are testing before we could make any predictions about future production.
•••
A

AnOutsider said:
Thanks for the pic scottf. AR should be ashamed someone beat him to it.
Click to expand...

Nah, I don't think there is much difference to the front compared to other mules. I liked the spoiler better. And of course the camera locations were super interesting!
••• 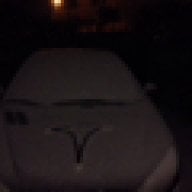 The MX38 (last picture) looks like it have been testing offroad/dirt roads traction or similar, with a trailer behind.
So maybe aerodynamic, see where the dirt get stuck.
It have more turbulente air in the lower half rear area. (More dirt)
•••
A

Kudos to Dean Miller for the latest sighthings. The past few videos have been really good from the sighters.

J
Have you seen a refreshed Model S/X in person?