I purchased my Model X on September 17 and, with less than 1000 miles, it has been in the repair facility at Lake Forest since October 14. Since repair facilities are maxed out in Costa Mesa, I decided to take it to the newly opened Lake Forest facility....I was fortunate they took me right away as they are not taking appointments until mid-late November. Because they're new, they're open only M_F 9-5. Alerts popped up several times when right side mirror would not extend, window would not operate, and door wouldn't open, as well as another alert for suspension problems. Diagnostics took awhile but it now looks like, among other things, the right door controller needs to be replaced. Part won't arrive until October 28. I was disappointed not to get a loaner, but Lake Forest offered me uber vouchers. After a couple of days, that was getting old, so I insisted on a loaner.....they were able to find one.
I'm really disappointed that my new vehicle is already having problems and hoping I'm not dealing with a lemon.
Mary
••• 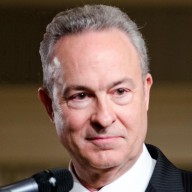 Since you mentioned the 'L' word may I suggest that you review your state's Lemon Law? Each state is different, generalizations are not helpful, but from what you said your vehicle has been in for service for several problems. October 14 "started a clock" ... Tesla may have to repair within so many days of that date ... depending on your state's law.

If as you said the necessary parts arrive on October 28 that would be two weeks. If that fixes the problems and they do not recur it seems unlikely you would have recourse. More to the point ... your new vehicle is not a lemon if it can be repaired within a specified time and a specified number of attempts ... depending on your state's law.
•••

B
Car wash damaged my seat.