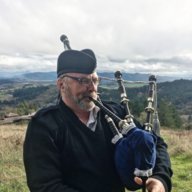 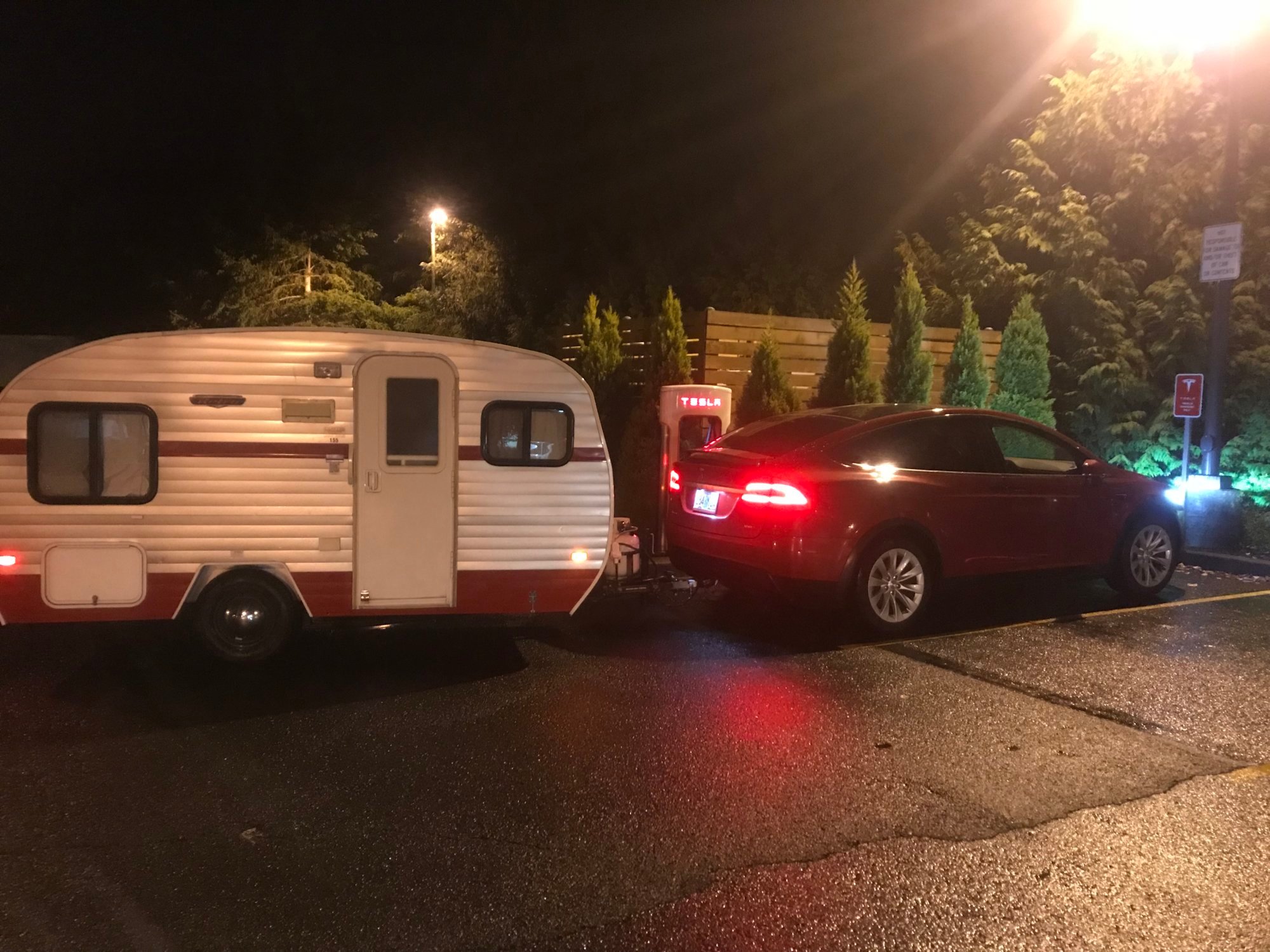 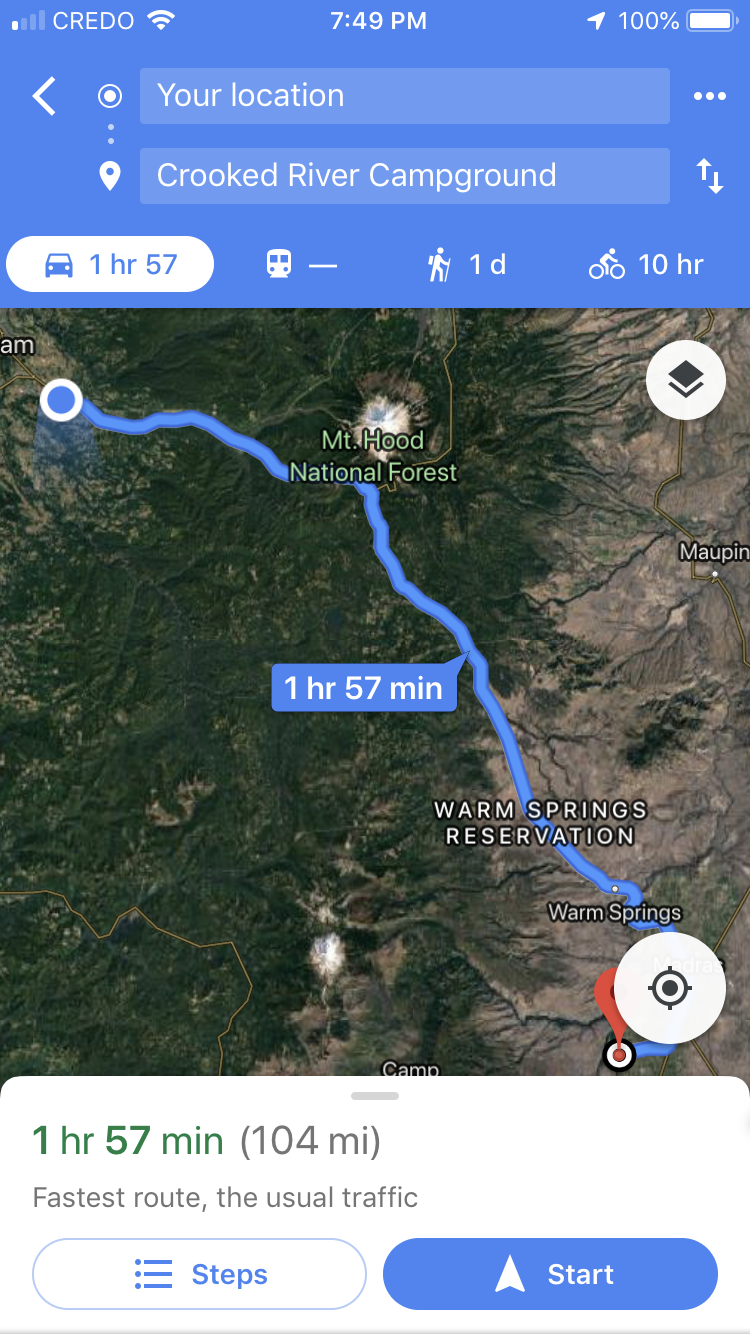 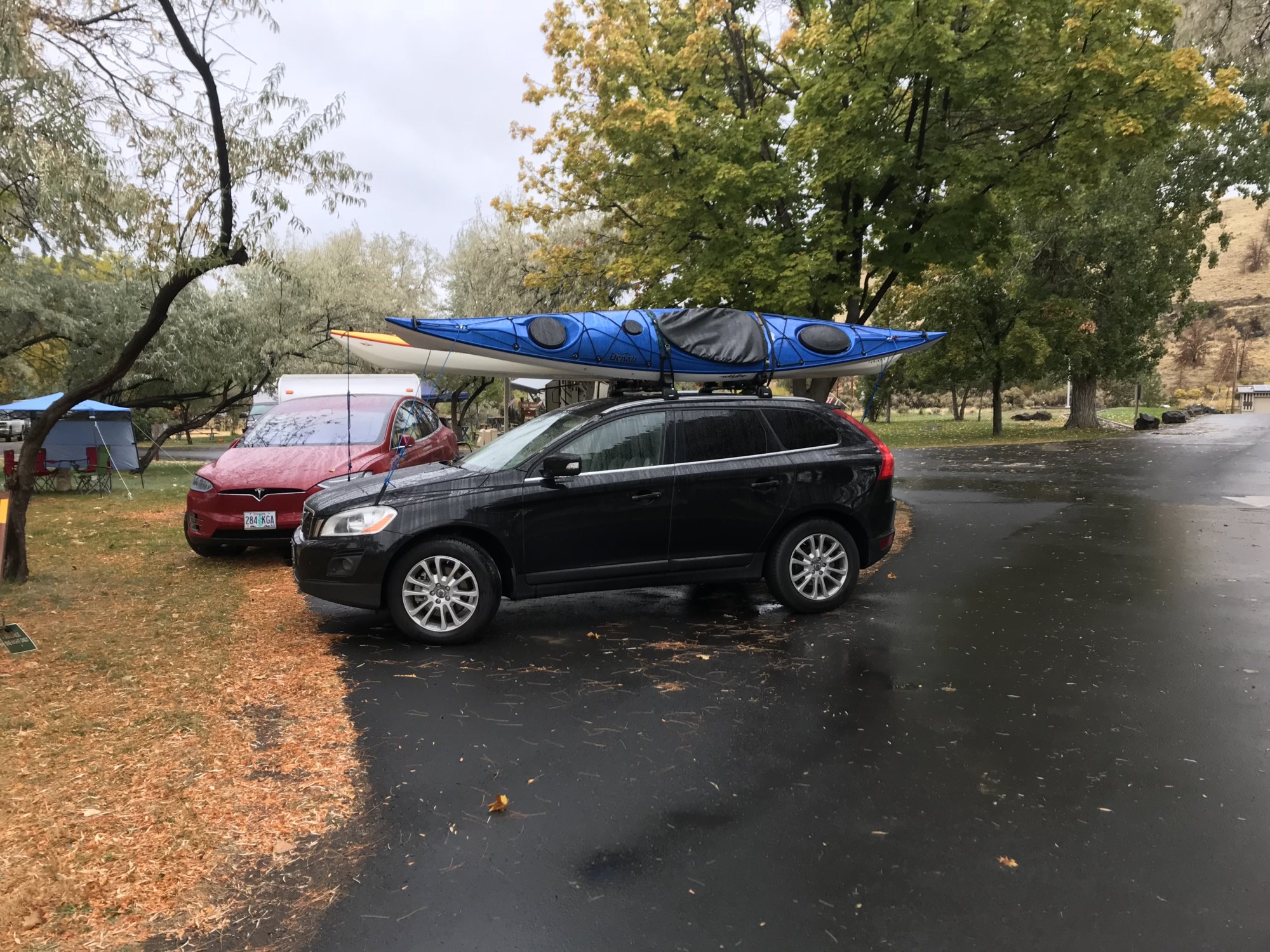 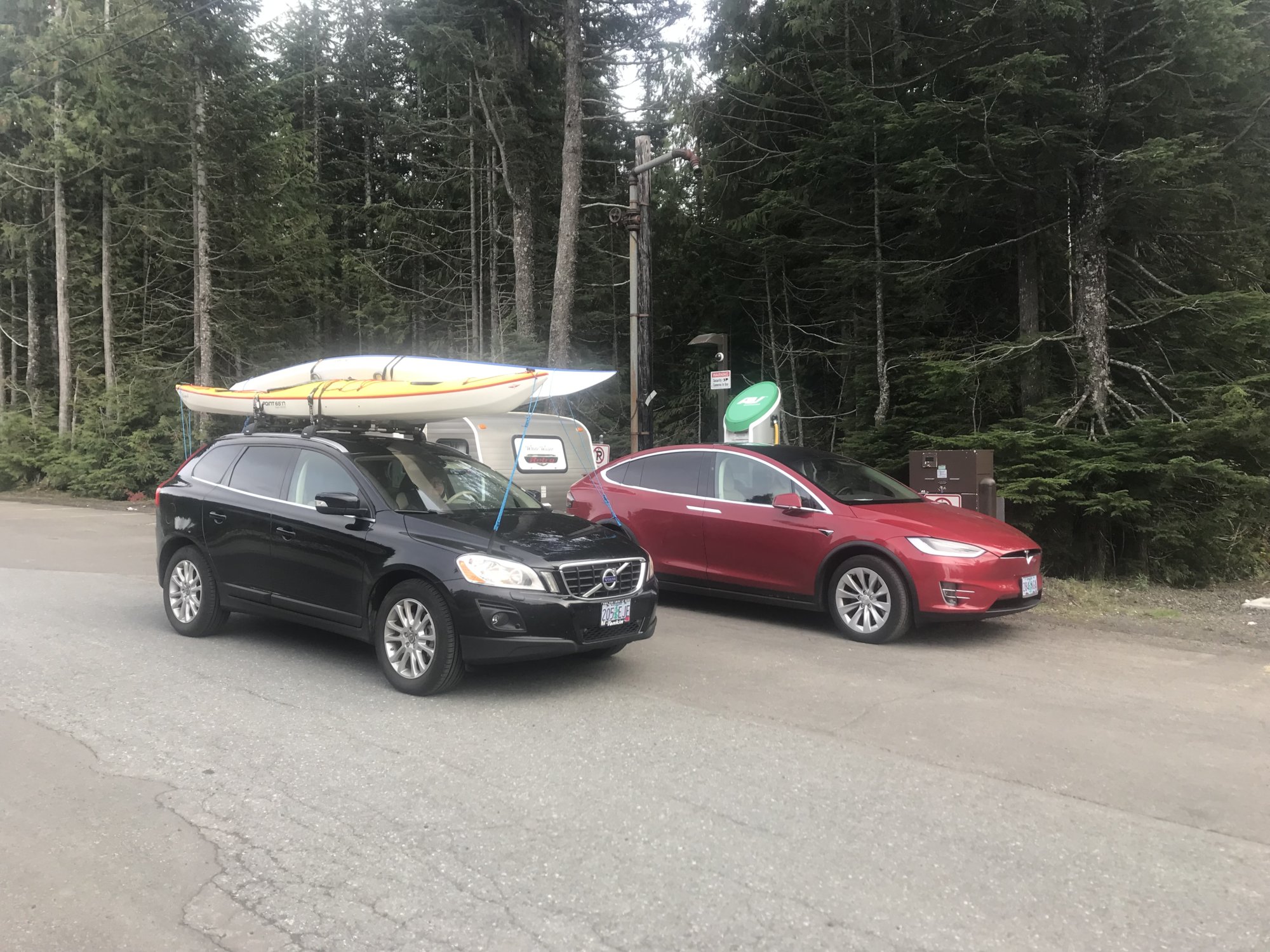 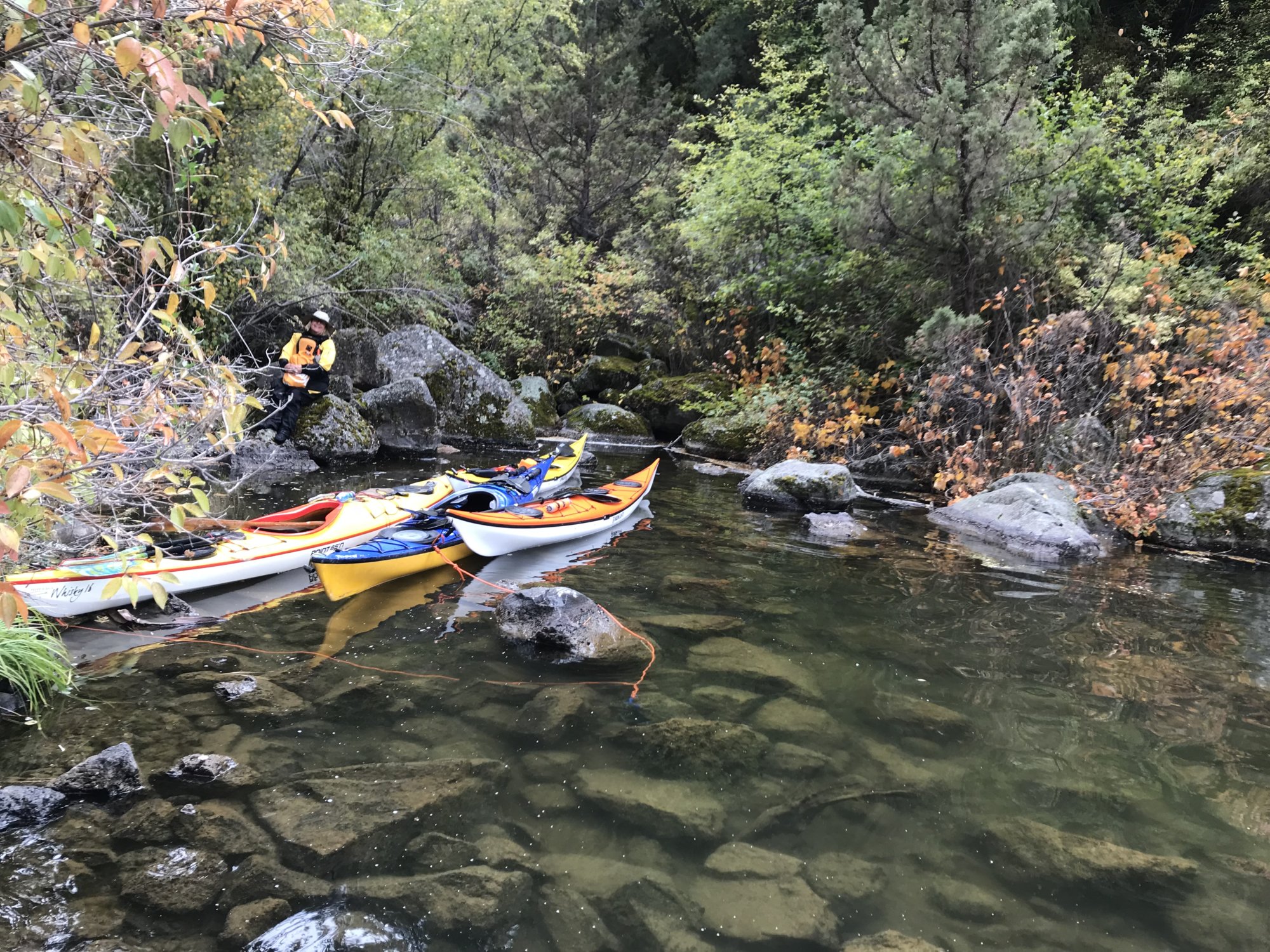 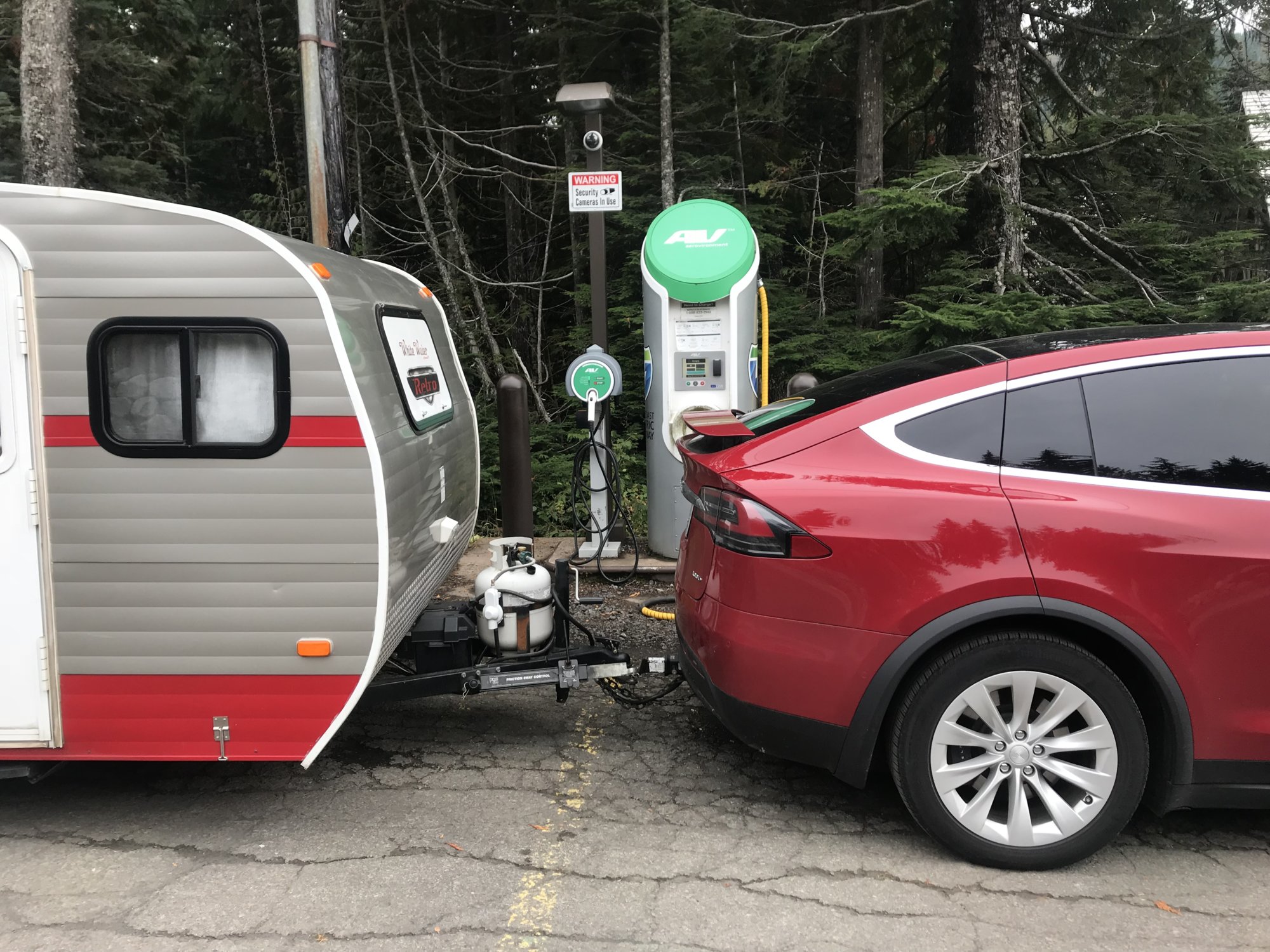 We just had a terrific kayaking weekend at Lake Billy Chanook in Eastern Oregon. Required two cars because we can’t carry Kayaks on the Model X, but the tow package install on our Volvo wasn’t complete so we took both cars.
We towed our 16’ Wite Water Retro ~3500# trailer. Typical tow consumption is ~759-850wh/mi. And our 100D model X has ~295 mi range when not towing and I estimate ~120mu range towing this trailer.

We’ve done several trips up to ~110-120 mi range with the trailer, and U Hail trailers, but this was our first towing weekend trip >120 miles with the trailer. From Hillsboro OR to Lake Billy Chanook is ~154 miles and includes climbing Mt Hood. My wife was driving the other car and dislikes waiting to charge so minimizing charge stops and maximizing diversions while charging is a key goal.

So performance. Towing a trailer with a model X is a non event. The car pulls like there is nothing there. The car doesn’t mind high winds, and is very stable towing on mountain roads. It’s very possibly the safest most capable tow/tug on the road. The only concern is range. We tow a ~1800# trailer with a #3500 pound gross weight.

Wind resistance is the biggest range killer, so there is a huge difference in towing range between 55mph and 65mph, even more between 65 and 75mph. It takes work to stay at 55mph. I was able to do that this trip and it helped on range.
We drove ~50miles to our first stop the Sandy Supercharger. There is a Fred Meyer here and a head in charging stall. So no need to unhitch the trailer.
We combined a bathroom stop, picking up ice and ran to Starbucks for coffee.
About ~40 min. Charged to ~92% enough to cross the mountain worst case.
The PlugShare app shows ChAdeMo chargers at Welches and two Chademo chargers in Govrnment camp. The risk here is you don’t want to plan a Chademo stop without a backup stop. I’ve found ~70% success at Chademo chargers. So try to avoid requiring them.
This trip was possible 100% with Supercharging outbound. But only because I kept the speed down to 55 climbing Mt Hood. We had 20% range reaching the campground. But had I gone 65/75mph you likely would have needed a 30 minute Chademo stop. Standing in the rain for the 180 seconds at AV network Chademo stations to authenticate and start charging is annoying. The AV network Chademo chargers have been more reliable than Blink. Blink start a bit faster but are often broken.
On the Return trip I choose the AV network Chademo at Government Camp SkiBowl. There was no snow so I was able to drive up taking 4 stalls and charge without unhitching. Then we went across the street to get an awesome hamburger. Winter likely this charger will be blocked by fossil cars.
We were able to get to ~92% with enough to finish the trip.
Going West the elevation drop is significant so it takes less energy then East.
Peak energy consumption was around 1100kw/mi climbing Mt Hood.
As a pilot I plan ~1100kwh range or around ~120 mi full charge range. But typically the consumption towing is around 750-840 in the mountains.
So climbing I don’t worry much until charge gets to 50% then I want at least 2 Chademo chargers or one supercharger along the route I could charge at in case I encounter wind/detour/unexpected terrain.
I don’t want to ever get to a point where I’ve planned <20% charge going to a remote location with limited cell coverage. As it was I arrived at our campsite w/20%. My wife got lost in her car and I was planning to unhitch the trailer and go looking for her. You don’t want to be remote, in a strange area with only 110V charge options and no cell coverage.
As it turned out my key fob battery died. Spotty cell coverage meant we couldn’t use the phone app to unlock the car, so I had to position the dead key fob at the bottom of the driver door sill to unlock the car, and place the key fob below the 12V power adapter so the car would start.
It’s always something.
We have 27,000 miles on the car and I’m 3k overdue for service where they would have replaced the fob battery.
That’s the trip report.
Photos included.

Nice trip! How is the recovery going after the Columbia River Gorge fire? Love Oregon!
Are trailers not able to take roof rack mounts for kayaks? I would imagine it's a pain lifting a kayak so high though. Excuse my ignorance with trailers. I'm thinking about getting one soon.
Reactions: Rossy
•••

teethdood said:
Nice trip! How is the recovery going after the Columbia River Gorge fire? Love Oregon!
Are trailers not able to take roof rack mounts for kayaks? I would imagine it's a pain lifting a kayak so high though. Excuse my ignorance with trailers. I'm thinking about getting one soon.
Click to expand...

The George fire last year was terrible, but the visuals aren’t as bad as most imagined. The old highway to Multnomah Falks lodge is closed for landslide risk. But the access to the falls from I84 is unchanged. They were able to save the lodge, and the area right around the falls looks OK.
I’d thought of mounting a rack on top of the trailer, but putting $$$ worth of kayaks up there gives me pause. We will likely use the Volvo for kayak trips until ModelY or Tesla pickup.
Reactions: JimVandegriff and P85_DA
•••

teethdood said:
Nice trip! How is the recovery going after the Columbia River Gorge fire? Love Oregon!
Are trailers not able to take roof rack mounts for kayaks? I would imagine it's a pain lifting a kayak so high though. Excuse my ignorance with trailers. I'm thinking about getting one soon.
Click to expand...

Not sure if I want to put a roof rack on the Trailer. Would require puncturing the roof seal I think.
The trails in the Gorge are starting to open this year. Many were closed due to risks of mud slides.
•••

K
Range on the Coquihalla when towing.