Model X will not charge to set limit 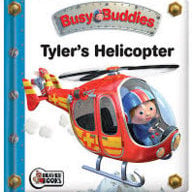 Subsequently, on a different day, I plugged in at home, again set it for 95%. Car again terminated charging at 88%, reporting CHARGE COMPLETE.

I have tried reboot center panel (hold brake, hold wheels until display reappears) with no change in charge result. I also cycled the car OFF for five minutes, and no change in result.

Call Tesla or send report through the my Tesla web portal. Expect it to take a few weeks if you use the web portal approach.
Reactions: HeloCaptain
•••

brkaus said:
Call Tesla or send report through the my Tesla web portal...
Click to expand...

Have you heard or read of a similar issue (just wondering what possibilities might be).
•••
A

One possibility is if you regularly charge to less than 90% the car seems to lose track of the battery charge. This has been noted by looking at your rated miles at your normal charge end-point and seeing it drop well below normal. I don't remember an early completion due to this, but you never know. One possible correction is to start charging to 90%. A couple others had their SvC do a full reset on the car.
Reactions: HeloCaptain
•••
G

i updated to 46.2 a couple of days ago and noticed the same situation - my charge limit is set to 85% and the past two nights the charge ends at 84%. did not think this was a big issue but i will try a 90% charge tonight and see if anything changes
Reactions: HeloCaptain
•••
B

Have you heard or read of a similar issue (just wondering what possibilities might be).
Click to expand...

But who knows...
Reactions: HeloCaptain
•••

I had a scheduled Ranger visit Dec 21, 2018. The appointment was actually to install a replacement part, which, as it turns out, is a shop only operation (ranger should not have been sent for this part replacement [wiring harness], though the error was the fault of Tesla's Ranger scheduler not being familiar with the part).

I had phoned Tesla customer care well in advance of my scheduled appointment regarding my charging problem. The representative I talked with said that he could not see anything wrong with the car, with the limited access he has. He said that he would escalate the problem and I would receive a follow up contact from the engineers. Being familiar with Tesla's promise keeping (100% fail so far), I asked the representative to add this problem to my scheduled appointment Dec 21. I was assured that would be done (it wasn't).

So, I then asked that he explore my charging problem. He spent 15 minutes or so in the car exploring data on the computer and talking with someone on his phone.

At the conclusion of his visit, he said he could not identify the problem, but he had escalated the issue and I should receive follow-up contact within two business days (I didn't).

I departed for SoCal for a previously scheduled trip (via airline). On January 3, 2019, I contacted the Ranger via text message and advised him I had not had ANY follow-up contact.

He informed me that he had determined that I had a "calibration issue." He instructed me to discharge to 10-20% and then fully charge (100%) using a wall charger, NOT a supercharger. He said this will recalibrate the Battery Management System (BMS) back to normal.

Upon return from SoCal, I ran the battery down to 4% and plugged into my wall charger. Approximately 11 hours later, the charge was completed at 100%.
Reactions: sixty
••• 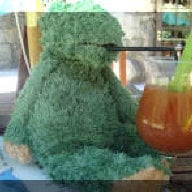