Wow. $510 installed at U-Haul. Anyone done this? (that's where I had my Outback hitch installed)
D

jacksonlui said:
I didn't add the wiring harness because my intent was only to tow a bike around.
Click to expand...

I don't know how much it would be to add wiring and hitch with some 3rd party installer but if it's too close with Tesla's price I would go with Tesla as they would upgrade the software as well. It all depends what the price difference will be.
Reactions: Gadget63
T

DayTrippin said:
I found what I was looking for. The factory hitch keeps the cross beam. I am sold now. Look at about 9 minutes into the video.

That is not the factory hitch. You will be hard-pressed to find an install video of one, though I suppose there may be someone out there who had one installed by an SC who might be willing to take off their rear panel and show us what’s there. Lot of work, though.
T

On a hunch I checked the UHaul site, and it looks like they’re installing the Draw-Tite hitch on the Model Y. Here in LA it’s about $477 all in (parts and labor). The cheapest I’ve found for an independent shop installing the EcoHitch out here is $400 labor (if anyone knows a cheaper installer please let me know) plus of course about $330 for the hitch. And of course SC will install the factory hitch for $1200. Those seem to be the option currently.
D

Does that $477 including wiring as well or just the hitch itself? While I have had good luck with non-factory hitches in the past, I have had some fights with dealers more about the wiring rather than the hitch. A few years ago on an MDX, I had nothing but issues with a non-factory trailer wiring connector. I am pretty sure the issue was with the car, but the dealer (and Acura) kept blaming it on the wiring harness which was from a good company.

So when I bought my next Acura, I went with a different hitch as the Acura one didn't offer what I was looking for, but I bought the Acura one and no issues so far. Came out cheaper, but more importantly better, for me.

If you can only get the software update with the Tesla hitch, I'll just order it from the factory if I go with the MYP and be done with it. I also thought I read somewhere on this forum that if you remove the bumper cover you need to have the sensor recalibrated. I am new to Teslas but wouldn't that seem to apply here or is it a non-issue if you don't?
T

Wiring harness on the UHaul site is an additional $99. Unclear if this involves splicing existing wires or tapping them as some have.

Towing software seems to be available only with a factory or SC installed hitch.

Hadn’t heard about sensor recalibration but I believe the ones on the rear panel are just parking sensors.
A

Noflash said:
Wow. $510 installed at U-Haul. Anyone done this? (that's where I had my Outback hitch installed)
Click to expand...

I got quote for 501$, scheduled in Dublin,ca on 16th ,I got reference from my neighbor, this is the cheapest quote I've got in bay area.
I did some research on yelp about this installation center, someone already installed hitch his tesla-3 and he looks happy. 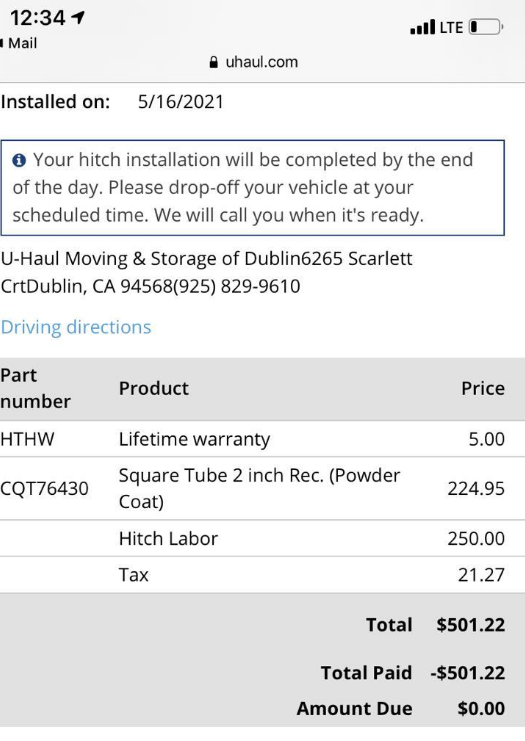 Thanks for the pic @MikeInFL
If Tesla replaces their bumper beam then I feel good about any aftermarket option which does the same.
I'd go with a well known company like Draw-Tite.
The EcoHitch is also a great option.
We three great options. It's really just an option of keeping the bumper beam and not keeping it and both can be had for under 1K. The OEM option is great for those people who dont want to deal with all this and just want a hitch which comes with the car.

It really is a pretty easy install for a capable DIY person, it will just take more time. I did it with a few beers, no jacks, and really took my time to hand thread everything to avoid cross threading. I've found a few screws which I thought should've been more tight and allowed me to understand my car a little more. I feel the car is better than when it came off the line.
J

Also, in terms of the plastic panel, I went ahead and cut off all the tabs except one on the top and bottom. I epoxied 2 horizontal magnets and double layered them so it's closer to the hitch and works great. It's not touching the hitch but it's strong enough to hold it in place. I can remove the panel by prying with just my finger on a corner.
I bought these magnets off Amazon for $6.

DayTrippin said:
I found what I was looking for. The factory hitch keeps the cross beam. I am sold now. Look at about 9 minutes into the video.

This is false and misleading. The guy in the video clearly states it's aftermarket and the one they've installed is the ecohitch which they've also linked.
Reactions: MikeInFL
J

FYI: Here's a picture of the OEM hitch for the model X. Similar design where it replaces the aluminum with a steel bumper beam. 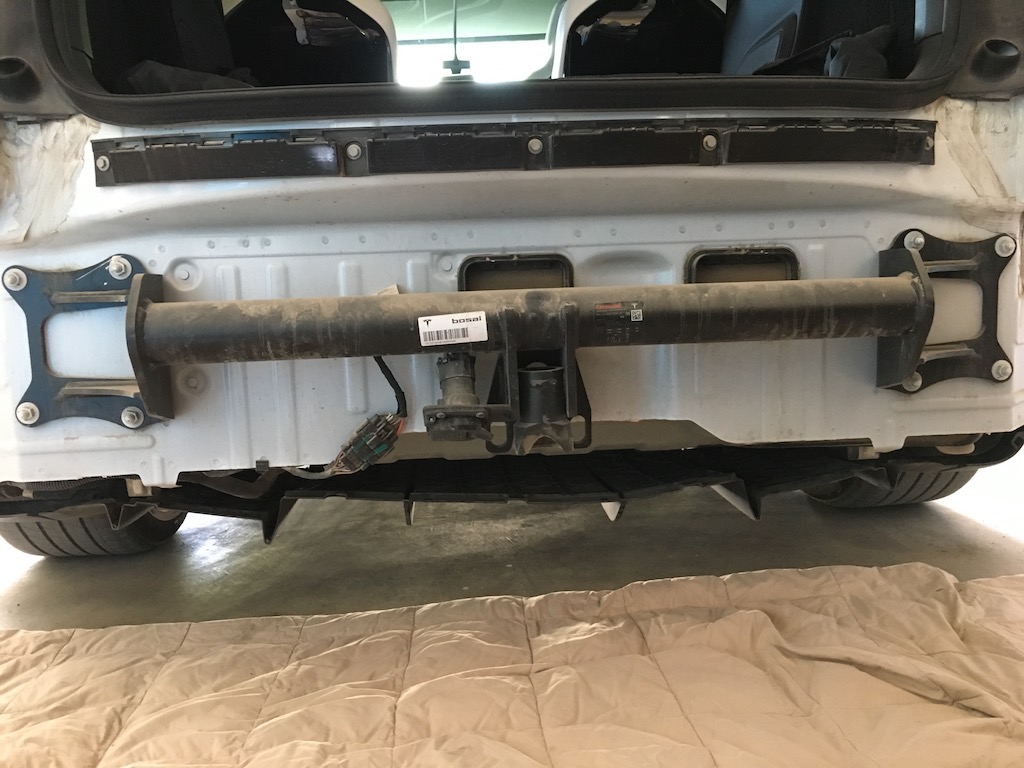 Does it stick out past the rear hatch area or does it leave it exposed?