It's getting comical. Even with an issue that can be fixed, like the interior B pillar trim panel, that thing is so grossly obviously out of whack that it amazes me that the agent presents this for sale. 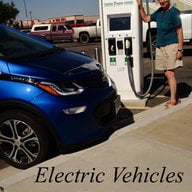 That is mindbogglingly bad. My Y was mostly clean, 2 small misalignments a rover is going to handle, and I'm lucky I have a really well run service center. The fact yours was sent, and excused by the delivery specialist as in spec, says this mentality comes from high up and speaks volumes about how little Tesla cares about manufacturing quality. I suspect that isn't going to change until they're demand constrained rather than supply constrained. Until then, you'll have to roll the dice on each delivery and hope. 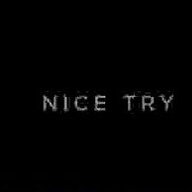 Abysmal. Tesla slumping in their chair. They can afford this complacency now but it isn't sustainable.
B

What kind of morons passed this vehicle for delivery and not just the factory, the delivery so called specialist. What a waste of your time!
Reactions: hcdavis3 and john85775
G

How were you able to look at the interior and in the frunk? I was under the impression I would have to accept delivery to look at those things.

B5chung888 said:
What kind of morons passed this vehicle for delivery and not just the factory, the delivery so called specialist. What a waste of your time!
Click to expand...

It is inexcusable, but sadly seems to be pretty common for new Tesla’s. I had 4-5 issues on mine (some were bad), but not this bad.
D

Shocking. Some of the worst I've seen yet - especially the tail lights.
S

Update: I got a call from Tesla Springfield on Tuesday saying that another car was a available with the same specs, so I went over there the same day to check it out. When I got there the delivery person started off by telling me that I was not allowed to spend as much time checking the car out as before. The reason he gave was because the car was not allocated to us at this point (although you have to wonder whether he just wanted to make it more difficult for us to find issues with this 2nd car by limiting time to look it over). So I asked him to allocate it to me and then started working through the checklist as quickly as possible.

This Model Y was in much better shape than the first car, so I scheduled delivery for 11am the next day (tesla delivery guy said they needed time to detail the car and get paperwork ready).

The poor customer experience didn't end there unfortunately. At 20 minutes before the pickup time, while my wife and I were driving en-route to Tesla Springfield, they called to say that the car would not be ready by 11am as scheduled because they hadn't detailed the car yet and we had to come at Noon instead.

After killing another hour, we arrived, called, and we were told to head to a line of parked Tesla's where they would toot the horn and unlock the vehicle for us. We got to the car - no horn. Waited 5 minutes - no horn. Unable to get into the car to get to the documentation we called again. Call went to voicemail. After 3 calls someone finally picked up the phone and unlocked our car.

The car was clean, but they left the glue residue in the trunk and all but one of the paint chips.

After signing the documentation, we went inside the Tesla office building to try to find someone to explain what to do next. Eventually found someone who took the whole packet of docs from us and said we were done and could leave. I thought it was strange that we didn't even get a copy of our signed docs, but he insisted that was the correct procedure. Seems he was wrong since they had to email the copies to me today and the delivery guy who called said "yeah, the person you spoke with probably wasn't familiar with the process, and sometimes things drop through the cracks".

Here's the issues I documented with the replacement Model Y:
1) AC Compressor Acoustic Cover missing and needs to be installed
2) Non-aligned rear seat (although not as bad as before)
3) Sticking out tail light
4) Glue residue in trunk in 2 places
5) Small paint chips/blemishes on

I would say that based on my experience, every Model Y is highly likely to suffer from all the above issues to some extent or another. It's best to raise and document the issues before you drive the car away so that you have a case for Tesla to fix any issues in a subsequent service appointment.

I'd also say that some Tesla locations seem more competent than others. I have found Tesla New York to be amazingly good in terms of communication, treatment of the customer, knowledge and helpfulness. It was actually my Tesla NY sales contact who found the replacement Model Y for me (not Tesla Springfield). He really went above and beyond to get things back on track. As for Tesla Springfield NJ - let's just say there's room for improvement.

Having said all this, I am now enjoying my new Model Y.
S

Here's the issues I found with the replacement Model Y. I'm curious if others would have accepted this like I did 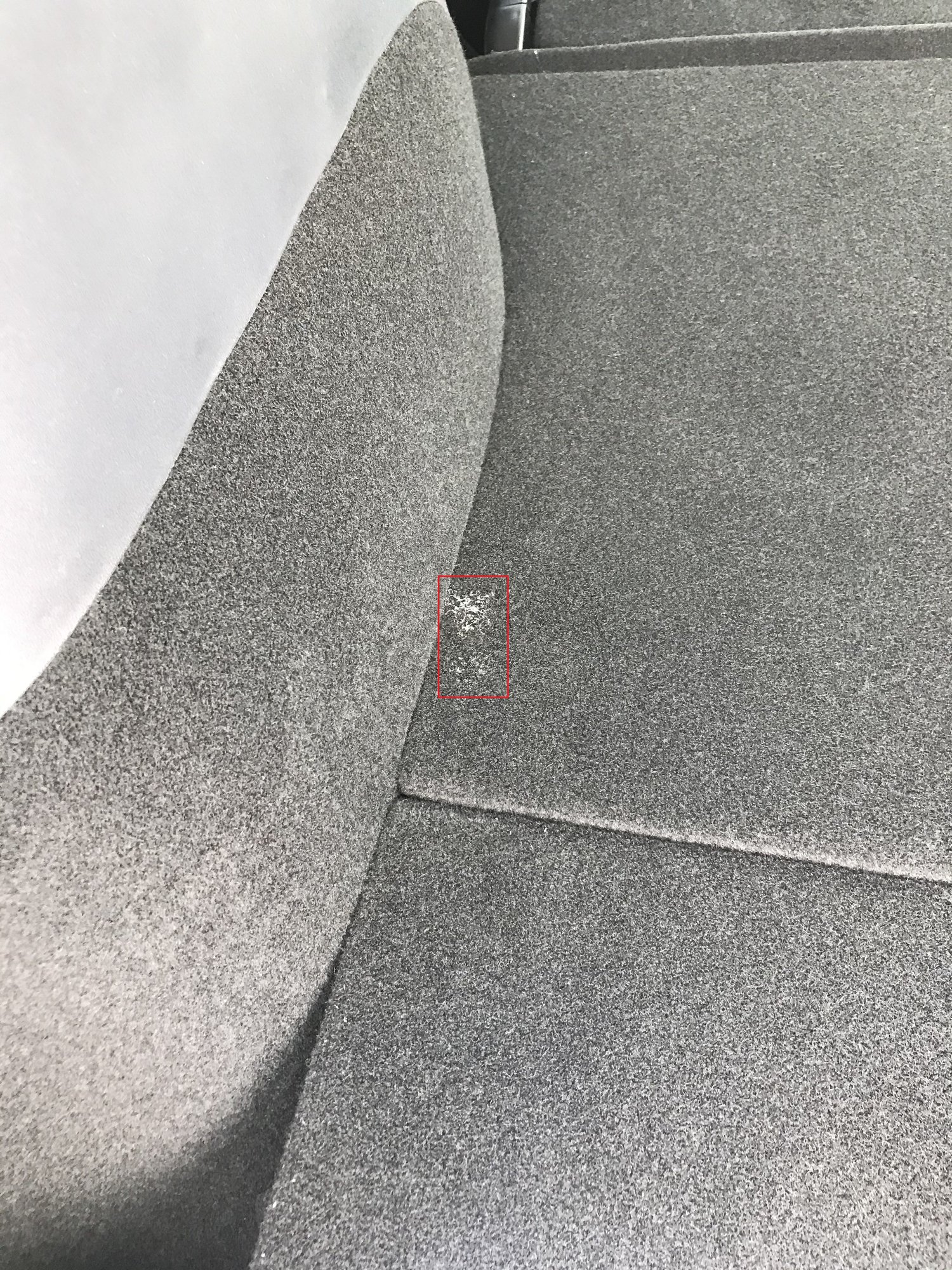 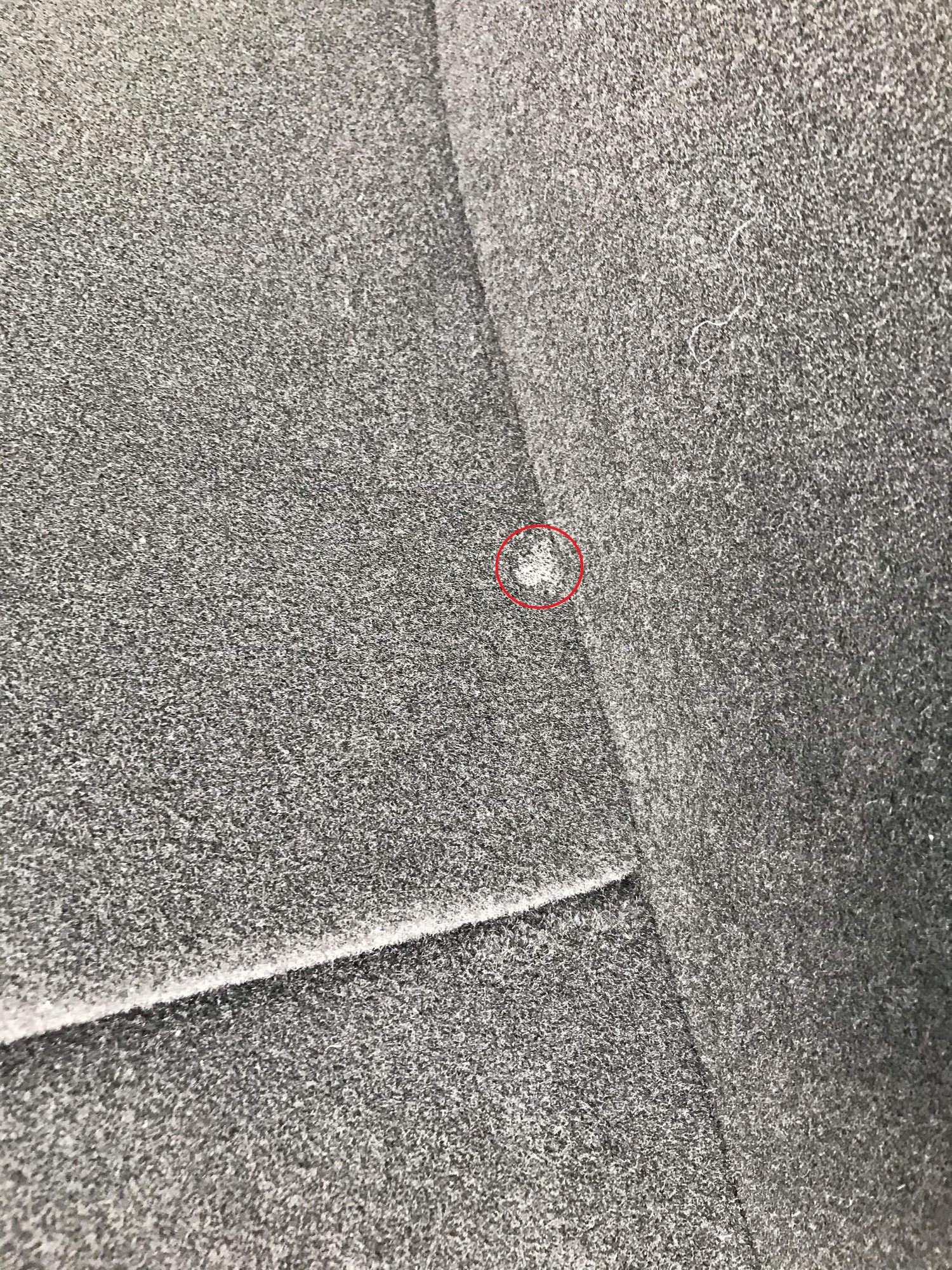 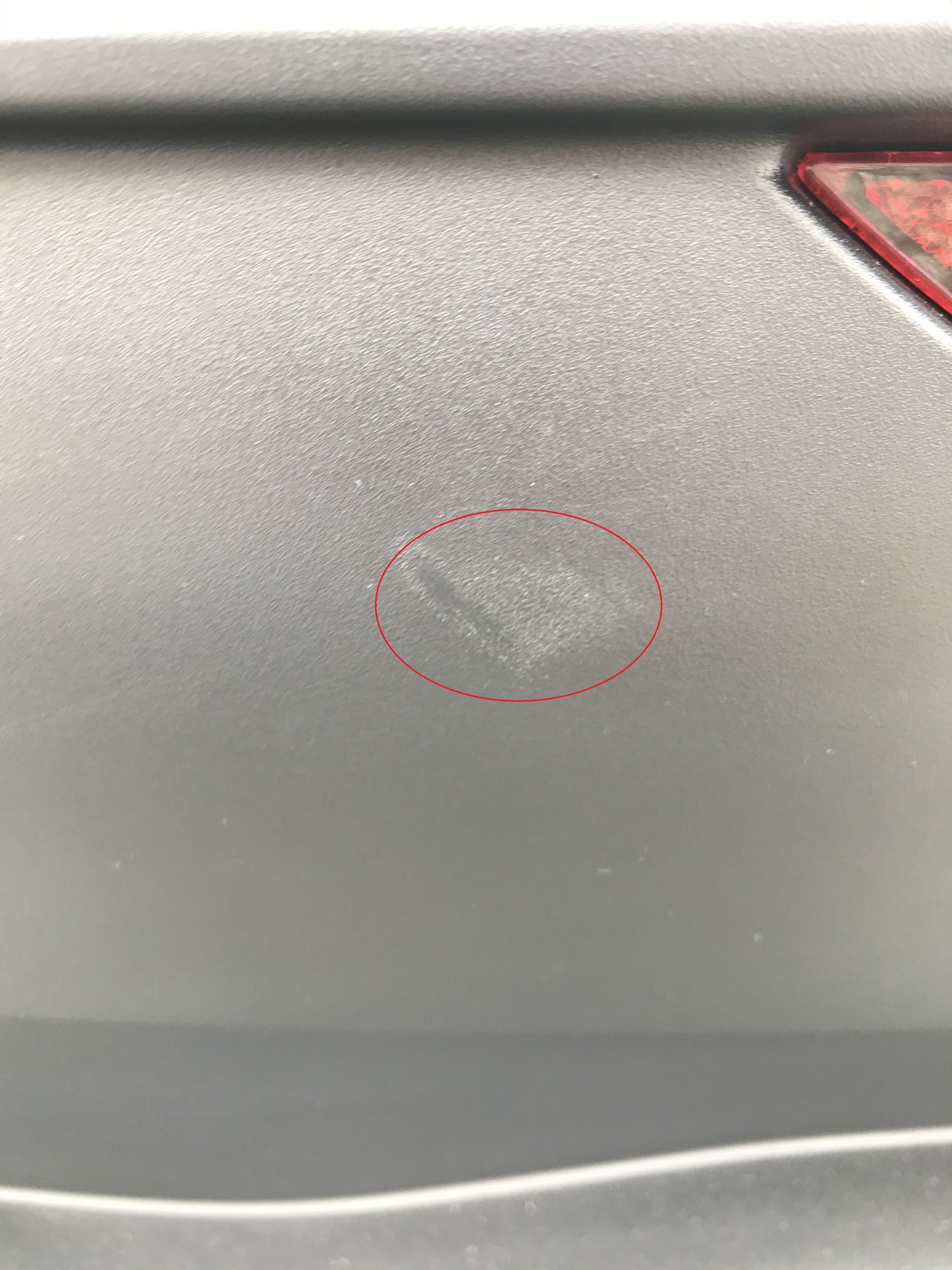 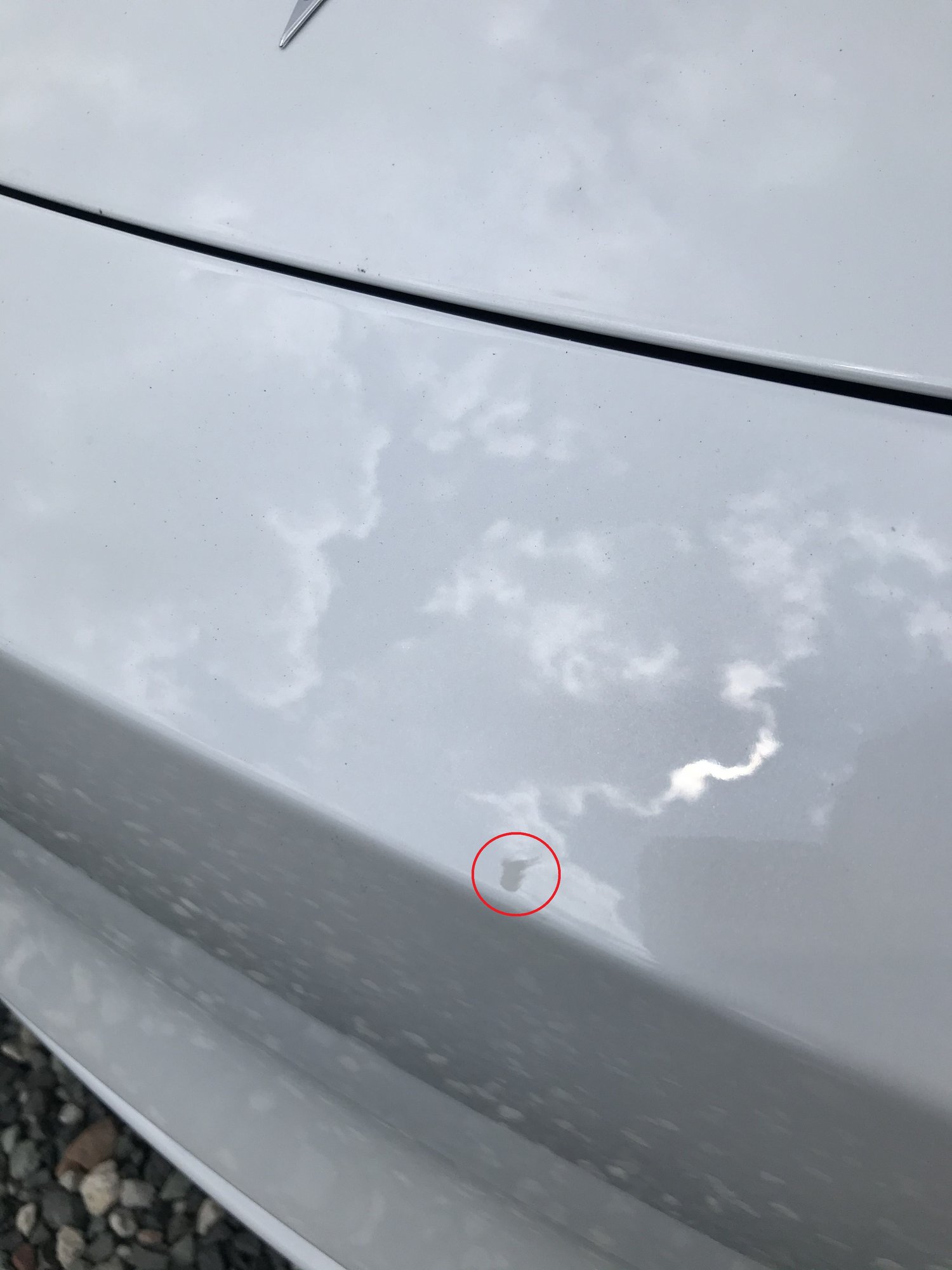 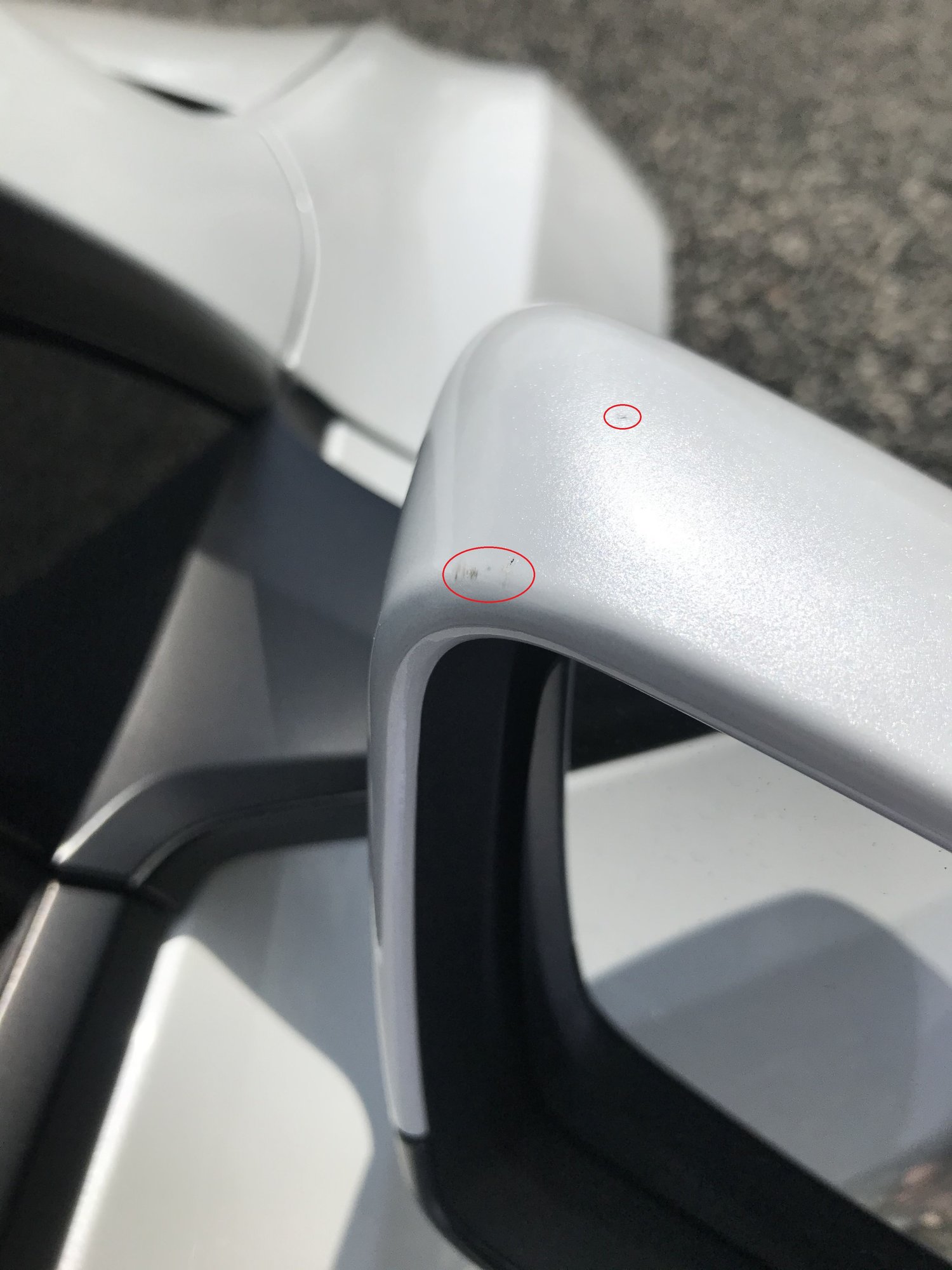 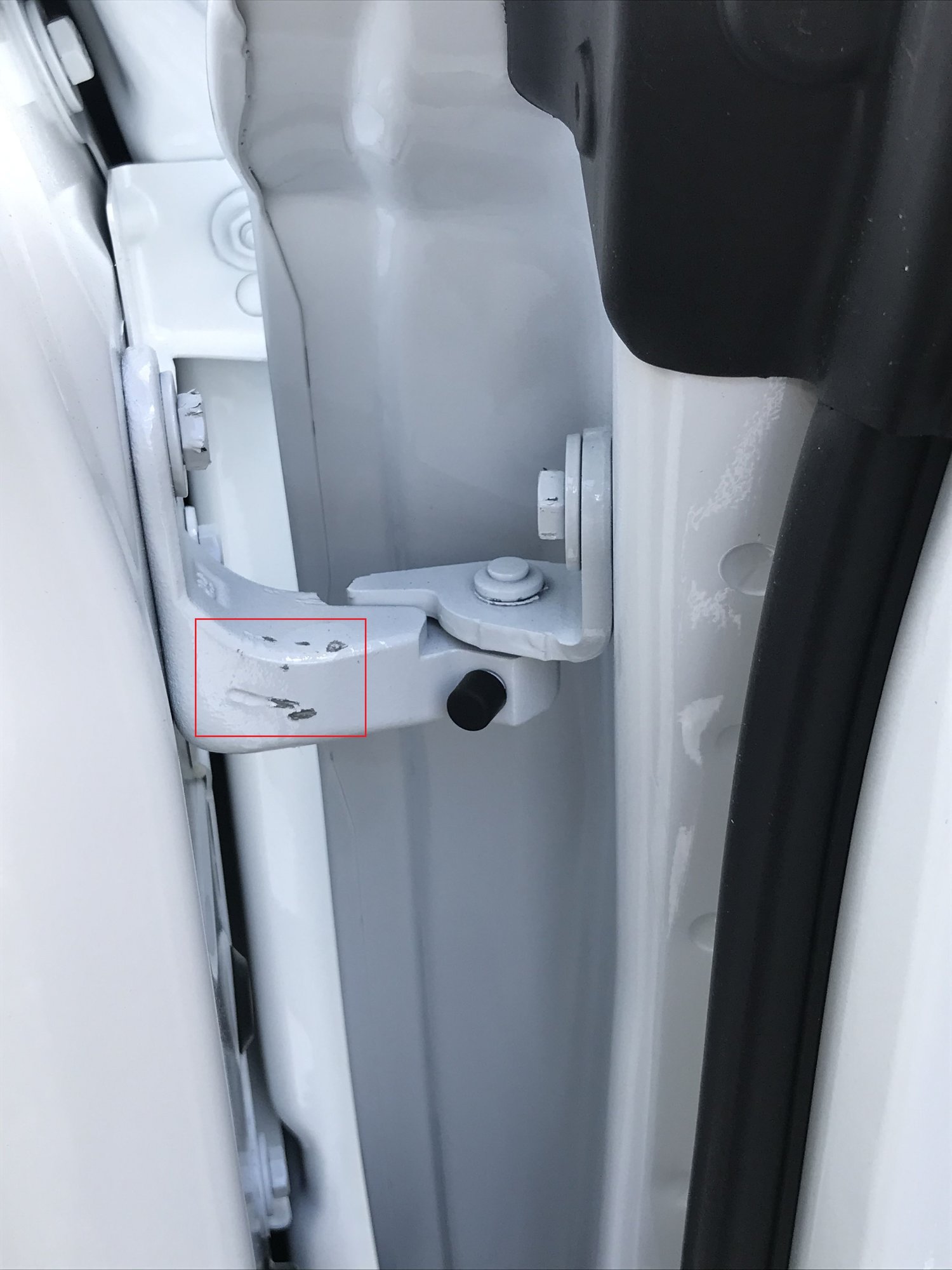 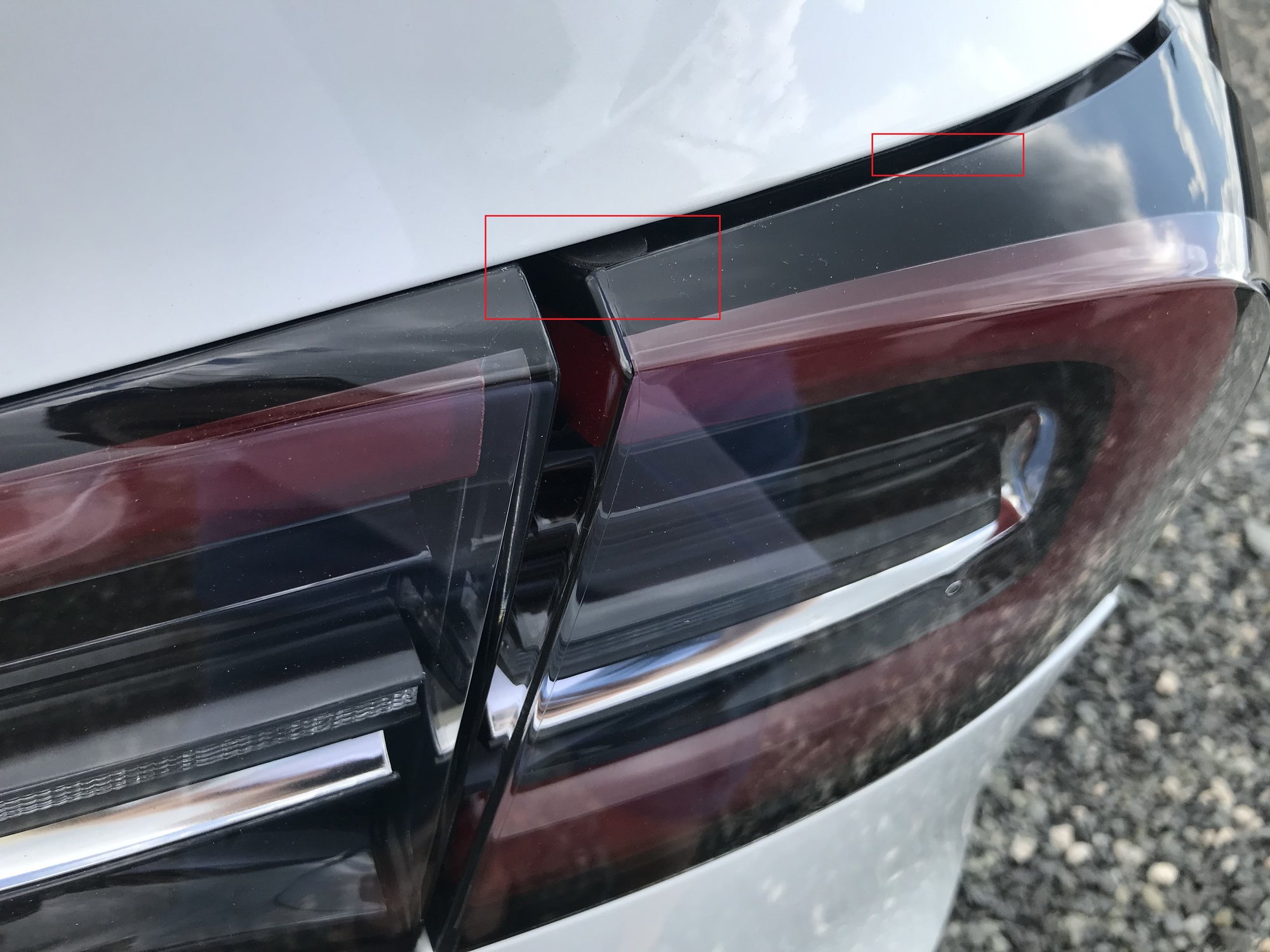 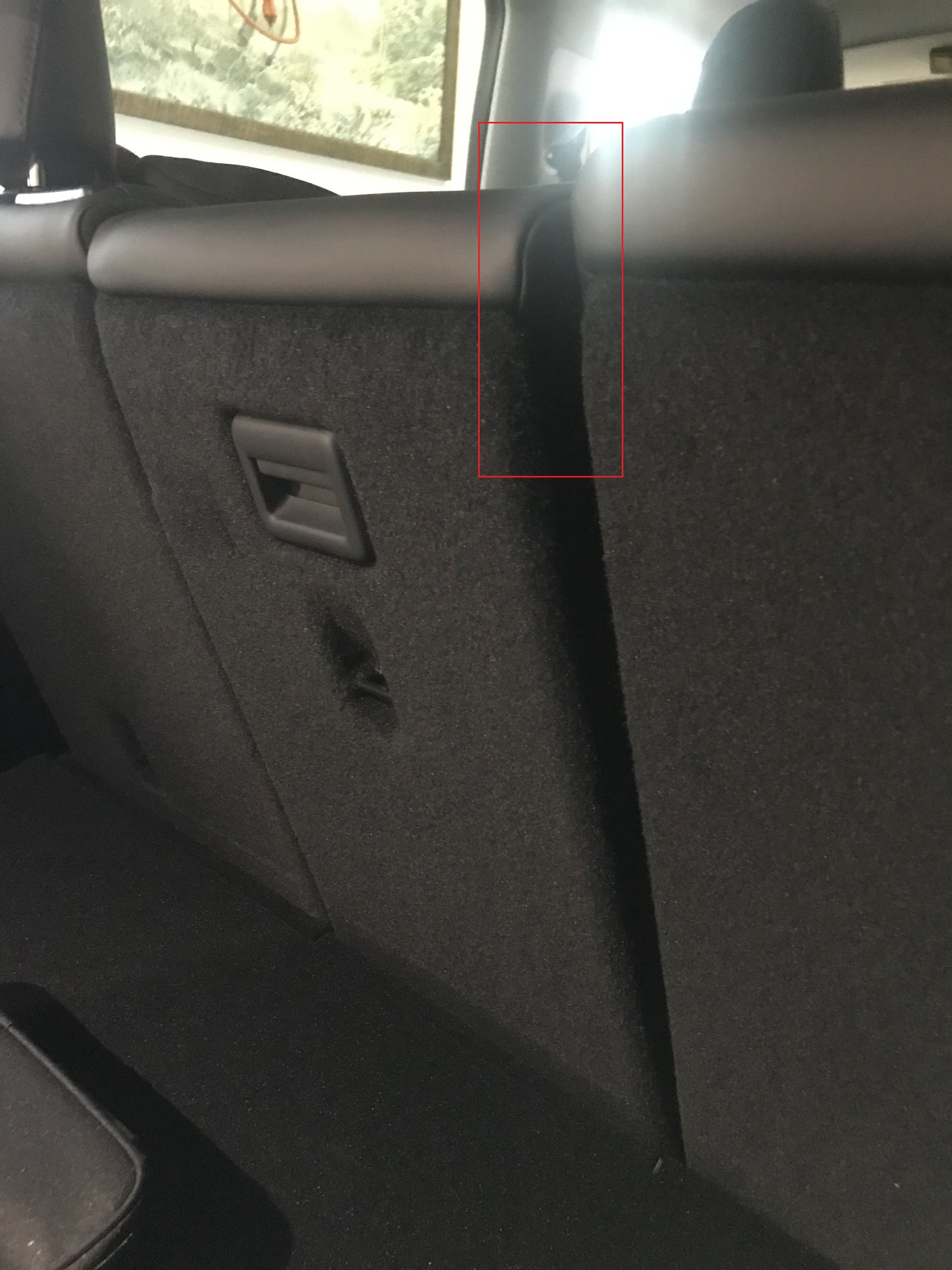 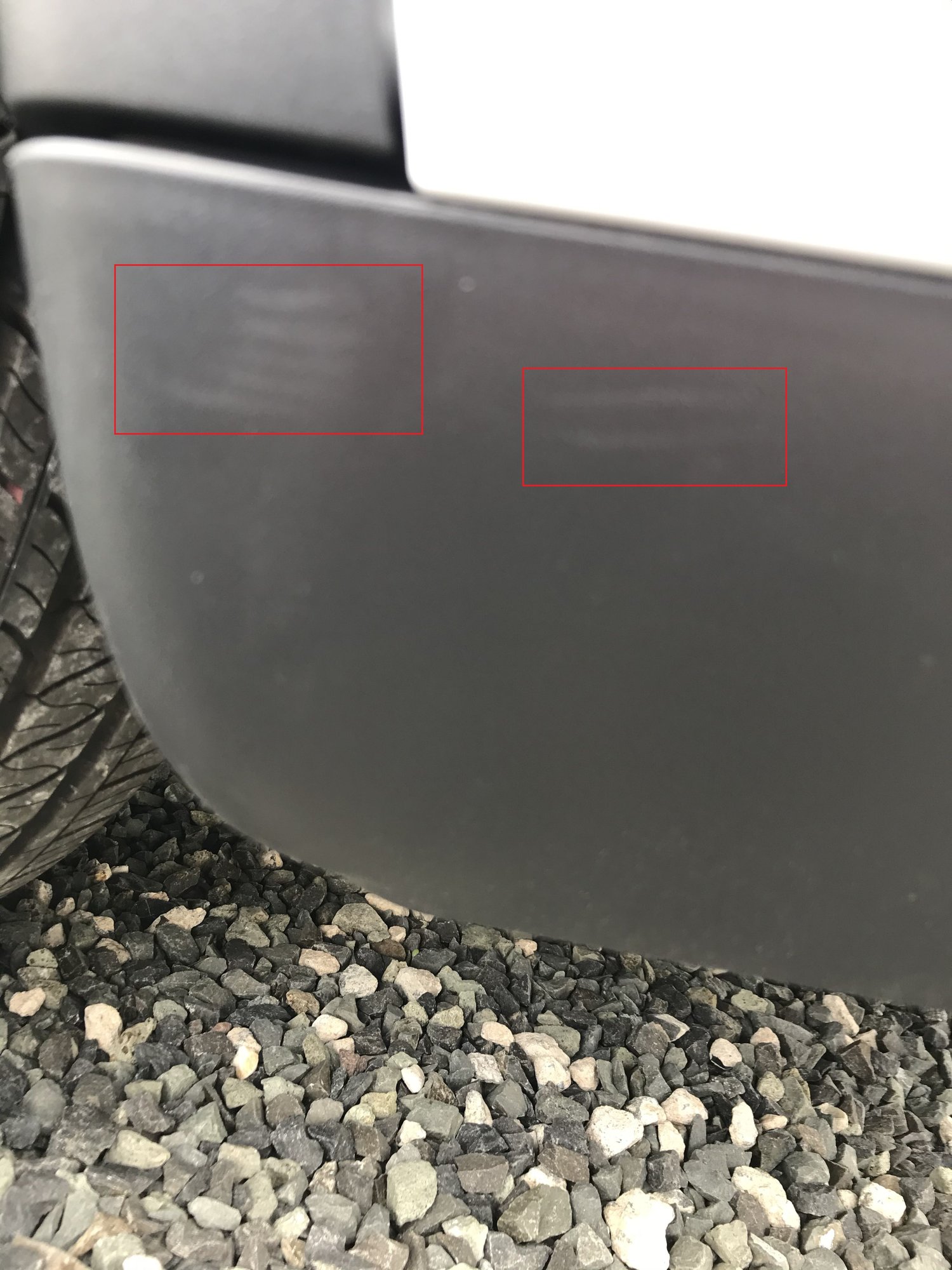 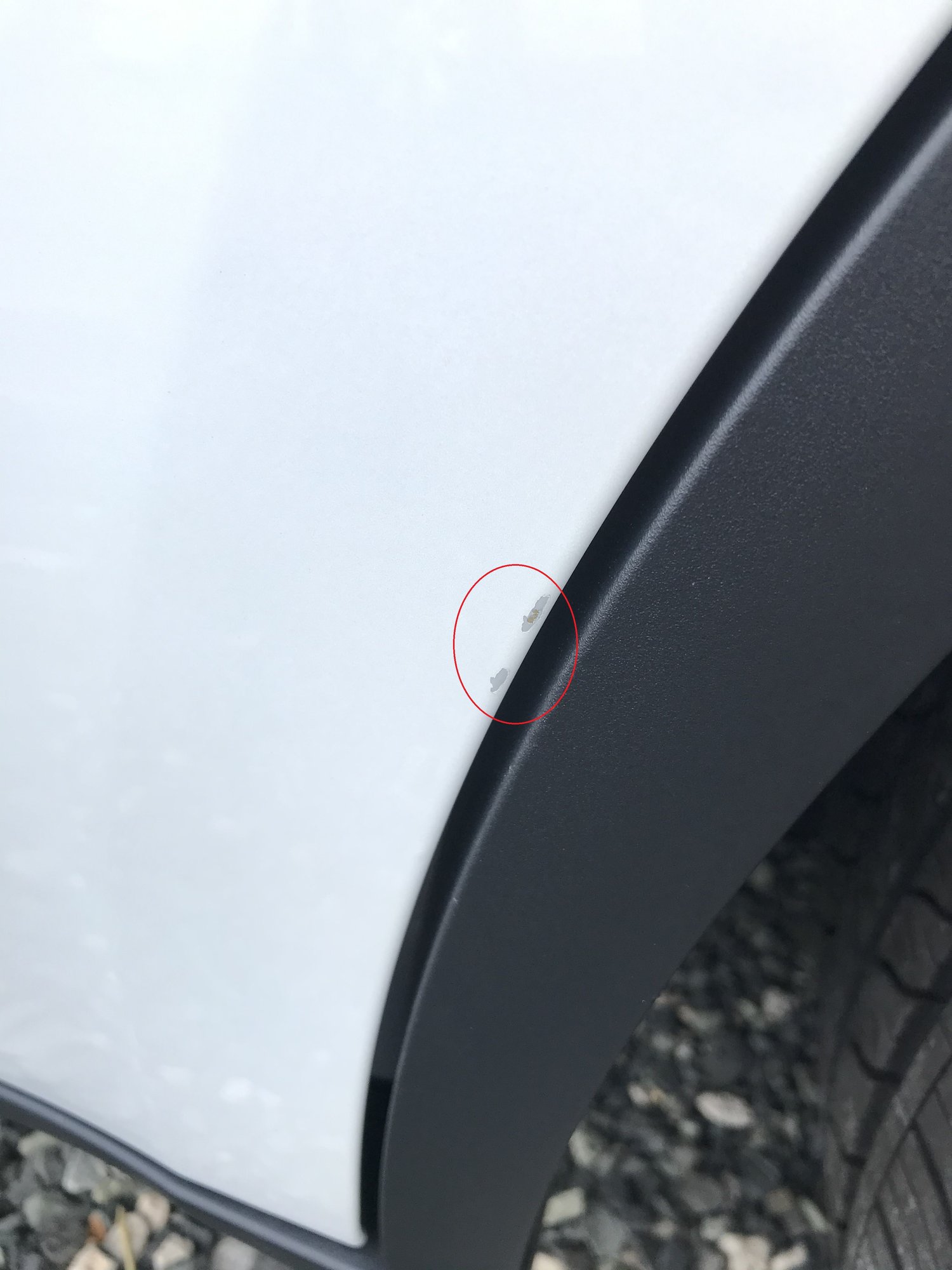 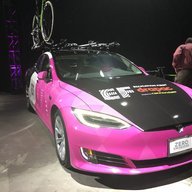 Based on your photos, I would have rejected the car also.

We took over 2 hours going over interior and exterior of our MY, and decided to take delivery. Although we had issues both inside and out, they are minor compared to yours. The biggest issues we had were the rear passenger seat failed to fall forward after activating the seat release, the heat pump & AC insulators were missing, and the matte lower rear bumper had scratches.

An appointment has been scheduled for tomorrow, Friday 6/26, to rectify our issues. We'll see how it goes... 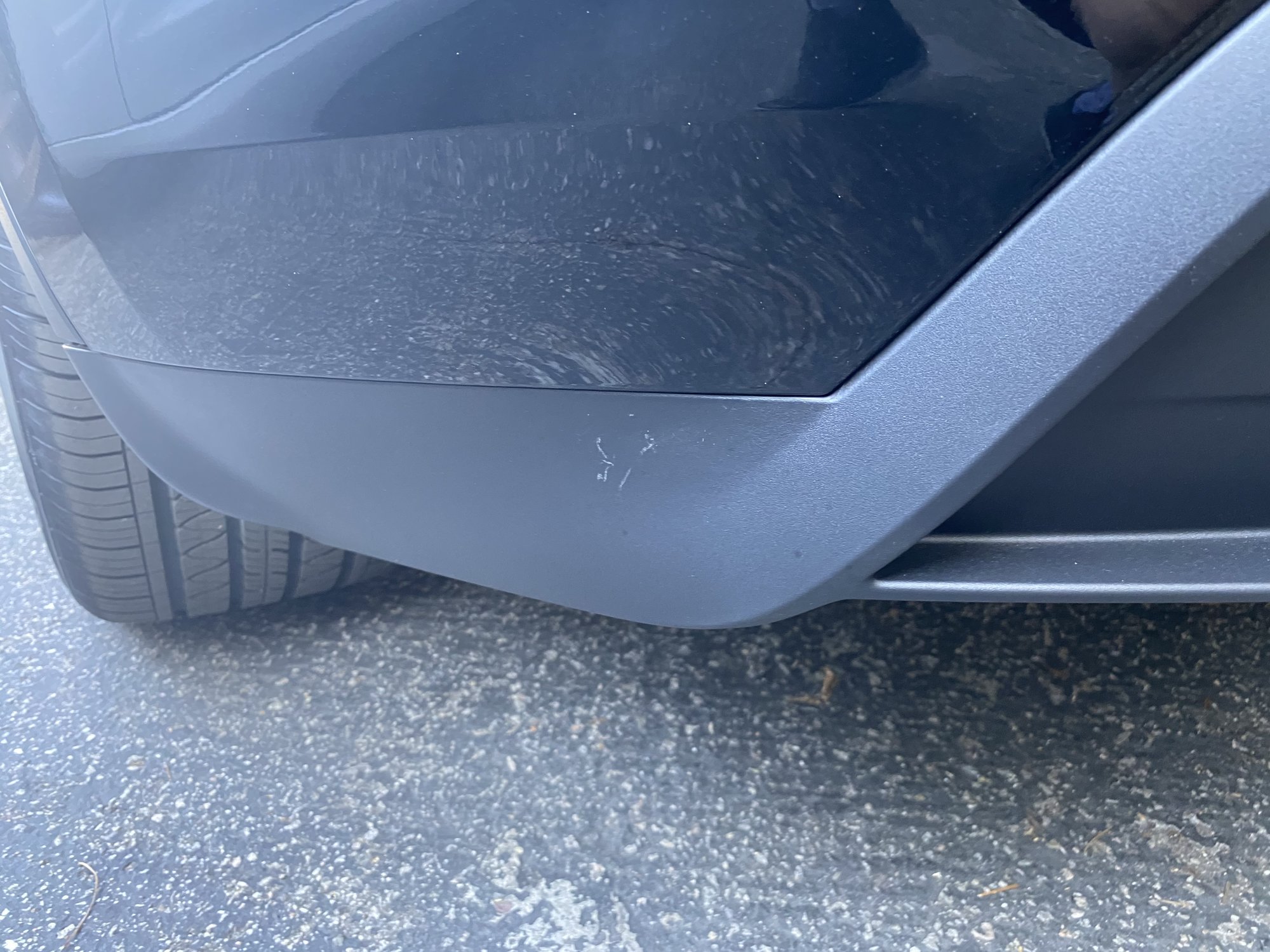 At least your seats did not fall out. How do they still deliver cars with grossly uneven seats and how is it even possible? Unreal.

I’ve been following these posts about Tesla QC for several weeks now. In all honesty, they are giving me pause as to whether or not purchasing a MY is the right thing to do.


A couple of observations:

Tesla purchasers seem to be moving from the “Tesla bro” mindset to the more conventional customer or client type of buyer. I now own four cars, three different models and make of autos (two Jeeps, an old Lexus, and our Bolt). I don’t own stock in the companies, don’t care what GM is selling at, and only want a car(s) that suite my wife’s and my needs.


Tesla continues to have the most sophisticated technology out there when it comes to EVs. I don’t think that’s a serious debate. And their charging network, as of now, is the best in the business. None the less, if Tesla management does not get their QC issues sorted out, they really do run the risk of snatching defeat from the jaws of victory.


I will decide whether or not to order up our MY around the end of September or early October, hoping some of these issues are resolved. If I’m reading substantially the same complaints (with documenting photos attached!) then I’ll be looking at the Ford MachE. 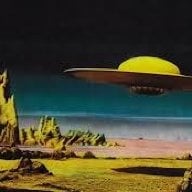 What's with the rear seats? I thought they had that "fixed" at the factory?

What's the build date of the second car?
K

Ba2yev said:
More than enough to decline the car.
Click to expand...

Wholeheartedly agree. You made the right choice.
S

NY_Rob said:
What's with the rear seats? I thought they had that "fixed" at the factory?

What's the build date of the second car?
Click to expand...

Sad.. just a month ago and still the same old problems we saw with the very first MY's.

Is Tesla deaf and blind?
Maybe coming in last place in the just released JD Power Initial Quality Survey will wake them up?

T
Model Y Delivery - My Full List of Build Issues - How Serious Are These?