So I am by no means a person that can go and reprogram or modify software but If I could I would. I am however skilled to replace components for performance improvements. Why are component upgrades acceptable? I personally feel that the owner of the car is allowed to do whatever they want without fear of being punished by bogus warranty denial, supercharging, or software updates for vehicle improvements like new features when the car is likely built to handle them. Any excuse to not be on the hook for a warranty repair. I get that there are times a mod is responsible for a failure. I also get they are a business and need to make money. I’m also sure there are software engineers outside of Tesla more than capable of doing an equal job or even better. Say the Model y as an example. Why can the battery/motor/inverter handle Tesla hp boost but not someone else’s upgrade? I’m sure the parts used are identical just software limited. No one is stealing anything. Remember the old model s 40k. It was equipped with a 60k battery but software limited. Sounds pretty stupid to invest in a bigger battery to just block a portion from being used. Install what the customer pays for. Now I can see them planning down the line incase the owner unlocks range but that’s not a guarantee. Let’s not also forget the slaves we are to Tesla’s data. This is no different then social media tracking everything we do. When will Tesla start selling our info to insurance companies? Like how fast we drive or if we have an aggressive driving style. Insurance companies already donated heavily to police departments for speed tracking equipment. What’s next? Granted I love my 14 MS and look forward to my new MY but I can’t be the only one that this bugs. I also won’t get into the fsd illusion. My opinion. Price keeps going up and it’s nowhere near functional or even safe. Interested in other people opinions. Hopefully everything stays civil as I’m not here to attack or offend anyone.
••• 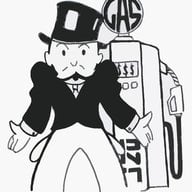 I can't think of a product that a company will warranty if a modification creates a problem.. Modify to your heart's content just don't expect help from the manufacturer if things go wrong. I've been modifying my ICE cars for 40+ years - thankfully never any issues but I understood the risk.
Reactions: 52 16 57 39
•••

Permissive Use - Does Tesla Allow It?

Do I legally need permission from Tesla or the supercharger property owner to conduct Tesla mobile car washes?

F
Please help me with problems with the battery under warranty!!!This is the complaint sent to Tesla, but without an answer.