Motor/Gearbox bearing - what about that hum? 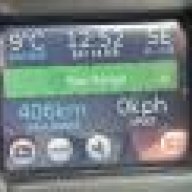 So, I'm developing a new problem since a few weeks..

Between 120 kmh and 130kmh (75-85 mph), I have a hum that is quite apparent. It disappears as soon as I accelerate hard, but is there all the time when cruising at highway speed. Now I've read on the German TFF forum that I'm not the first to develop this, and the SeC way to solve it is replacing the motor + gearbox at a "friends-and-family-rate" of € 13k. Not my prefered route to be honest. Luckily, there is an aftermarket solution that would cost more like € 2.5k (including removal and mounting of the motor+gearbox by Tesla SuC, and 2 years warranty).

Has anyone on TMC noticed something similar? Is there a way to reduce or remediate the hum, something I could try before changing the bearings?

The gearbox bearing is not all that hard to replace and the bearing alone should cost at most $100. The gearbox looks like there's no gasket in the split, but rather, an rtv like gasket that's used in this type of application. I was just looking at a person who split a new Egeardrive case and its very simple, same in the link/pics you provided. Its something I would do myself if this issue popped up, however I've split motorcycle gearboxes as well as my Toyota's truck transmission myself to fix a broken tooth on a gear so I'm a little more familiar but I had to learn somehow

I also don't know how to distinguish if what your experiencing is a motor bearing that's on its way out. I know with some electric fan's I have that if its at a constant speed where there's no too much load on the motor/bearing, it makes noise, but as soon as I turn up the motor and put a higher load on it it goes away.

How many miles are on your Roadster and also what ball park are the miles in the thread / owners who also are seeing the gear-box bearing failure?

Hardest part is identifying which component the true failure is coming from, and that typically gets narrowed down as you take things apart and being the inspection.
Last edited: Oct 28, 2015
••• 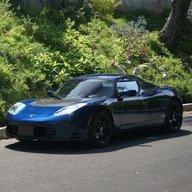 Before I put more than about 10000 km on my Roadster, its drive train started making a low-pitched hum or buzz that varied with speed, but was most noticeable in the speed range that you cite above. It sounded a lot like gear noise from a transmission with straight-cut gears (i.e., like the racing transmission in my last car or an old truck in low gear). I brought the car into the service center while it was still under warranty, and they claimed that they could not hear the noise. A few months later, just after the Roadster was out of warranty, the noise was louder and they had much less trouble finding the problem. They found that the noise was coming from the wheel bearings. They replaced the hub units on both sides (Hub Unit (KMI 15 ABS Sensor) (2002218)). They charged $281.71 each for the two hub units and $563.48 for installation. That solved the problem. On the positive side, this repair cost a lot less than the motor + gearbox replacement. You might want to check that first before doing surgery on your gear box.
•••

The Roadster gearbox is very simple, and some of it uses honda oem components. 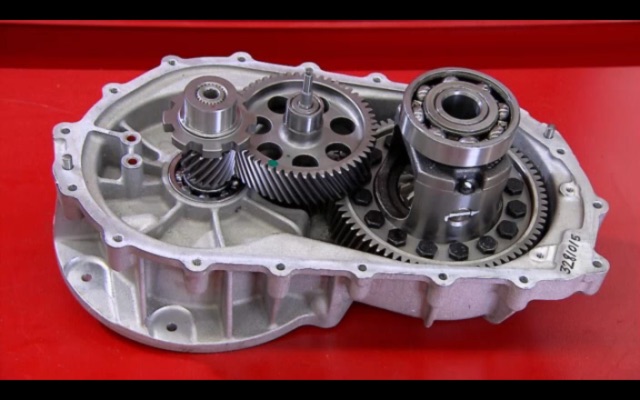