My CPO story - a long and winding journey to Tesla ownership

I began looking for a used Tesla back in August of last year. I have a friend with two model S, and riding in his helped me decide what I was looking for. I was looking to pay $45k or less, and therefore expecting that I would likely end up with a 2014 or older.

Unfortunately, my requirements were pretty specific. I wanted either brown metallic or red, a textile interior (don't like the feel of leather), sunroof, tech package (if a car made when the tech package still existed), and preferably subzero package. The textile interior seems to have only been on about 5% of the cars, estimating based on EV-CPO archived listings. The subzero package was on maybe 20%. To give you a sense of how much those two requirements narrow the playing field, EV-CPO shows 7,847 cars in the archived listings. Of those, only 47 had textile seats and subzero package. Two of them are brown (one with no sunroof), and both well out of my price range. 12 of them are red.

So, by being very picky, my search dragged on for quite a while.

Before I could get wife-approval, it was gone.

A few days later, in a thread about CPOs, a list member posted that he had just put down a deposit on this exact car. He seemed perhaps not sure that it was what he was looking for, so I sent him a message saying that if he decided to not buy it, to please let me know. After 10 days or so, I hadn't heard anything, so I figured he was probably enjoying his new Tesla.

But then I got a message from him saying he had turned it down due to cosmetic defects. I quickly got some pictures from the OA (conveniently, I live in the neighboring state as the original buyer, so the car had already been delivered to the nearest service center, and I was already communicating with the OA in the region), and decided that the cosmetic defects weren't enough to keep me from buying it, so I put down a deposit before it went back up online.

It has some scraping on the rear bumper, but after some thorough polishing, it's only noticeable when you are up close. I may have the bumper resprayed at some point, but for now it's not significant enough for me to bother. I'll post pictures of the car later.

The actual process of getting my car went surprisingly quick. It took about a week from the time I put my deposit down until it was delivered to my driveway. Most of that intervening time was spent with me securing a loan, going down to visit/inspect the car, etc..

I still need to get a list of what (if any) items were fixed or replaced during the mechanical refurb process. Overall the car seems to have been well care for, with the exception of the scrapes on the rear bumper.

Now I get to return my leased Nissan Leaf, and I've been enjoying tooling around in my shiny new Tesla the last few days. Since they couldn't get the title to me in time for me to register it before the memorial day weekend, the OA gave me temporary paper license plates from Virginia that I could use in the meantime. Massachusetts (where the car was) doesn't do temporary plates, which makes things a hassle. But they worked around it nicely.
Reactions: Raincloud, darrelld and Aieukl378

Great story!! Congratulations getting exactly what you wanted.
Reactions: DrMike

How fortuitous! Congrats!
Def need pics, especially any “before” ones of the bumper prior to polishing/buffing so we can further gauge what Tesla seems acceptable for the CPO program. 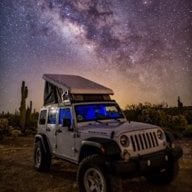 Nice! Did you get to inspect the car before signing for the full amount?
D

Yup, I got to inspect the car before signing for the full amount. Here are the pictures that Tesla originally sent (I think the original buyer may not have received the photos of the rear scrape or a slight dent in the black plastic at the bottom of the front of the car):


I also want to mention that I am extremely grateful to the original buyer for giving me the heads-up that he was not buying the car after all, since that let me swoop in and buy it before it went back up online. I'm not mentioning his name since I don't know if he wants me to or not, but he really helped me out, since this car is exactly what I was looking for.

When I inspected the car I only took these two photos. I'll find time soon to take a new photo of the rear scrapes. The OA said that in the past they would have completely repainted that part, but now they just reduce the price instead. I've had a really good body shop in the area do some repainting several times, and think they would probably charge $250-500 to repaint that. Considering how hard it was to find what I was looking for, I'm ok with that.

The little dent in the black plastic thing at the front is something that I haven't even noticed myself yet when looking at the car - I've only seen it in the picture they sent me.

The interior is almost spotless. In one of the cupholders there is a slight bit of residue from perhaps a drop or two of dried soda/coffee, but otherwise the interior seems perfect.

Here's a question that I've been wondering about:

Just decode your VIN? You may find nice surprises...
D

How do I do that?

DrMike said:
Here's a question that I've been wondering about:

Everything should be available on the 'Options List' on ev-cpo.com. Since it was listed there, you should be able to find your VIN in the archived listings. Other things that were included in the Tech package include power folding mirrors, parking sensors, Homelink, Navigation (made standard a long time ago). From what you describe, it sounds like you have all the tech package and PUP options. Perhaps your car was caught in a transition period between the two.

Decoding the VIN won't tell you anything about the options packages.
D

Based on the VIN number (in the 87,000 range) it is from around July of 2015, which is after the tech package disappeared.

In scanning the forums and google, I found a post from back in April of 2015 when someone was listing items that Tesla says are included in the premium package which were previously in the tech package:

"1) Power Liftgate - was previously in the tech package.
2) Lighted door handles - Not sure what package they were in before but I have the lighted door handles and did not order the premium package.
3) LED fog and cornering lamps - Have those too without ordering the premium package
4) LED interior accent lighting - This is the only thing I can see that is in the package that was there before."

(other people then added that it also includes the ill-defined "better fit and finish refinements" or something like that).

My car definitely has the first two, and I'm pretty sure the third one also. Don't know if the interior lighting it has is the LED interior accdent lighting, since I don't have another one to compare it to.

What I'm trying to figure out is if perhaps mine does in fact have the premium package, or if just some of these items that were part of that package in April were made standard by May (the OA said that the liftgate was eventually made standard, but I'm not sure when).

EV-CPO and tesla.com don't list the premium package for the car.

DrMike said:
LED interior accent lighting - This is the only thing I can see that is in the package that was there before."
Click to expand...

Look for lighting in the door panels and under the seats front (visible from the rear seats).

In the early days, Tesla used to charge (I think) $1500 for the 'accent lighting package' which was literally 6 or 8 LED bulbs. All cars have the wiring harness and sockets for the bulbs.
D

HankLloydRight said:
Look for lighting in the door panels and under the seats front (visible from the rear seats).

In the early days, Tesla used to charge (I think) $1500 for the 'accent lighting package' which was literally 6 or 8 LED bulbs. All cars have the wiring harness and sockets for the bulbs.
Click to expand...

Where in the door panels is this lighting? Are you referring to the puddle lights?

No, not the puddle lights... in the interior door panels themselves, right below the arm-rest area, shinning down. Kind of like the accent lighting inside a commercial jet above the windows.

edit: between the white and black panels in this photo:

Ok, I'll check, thanks! Is this lighting on whenever the car is on, or only when the doors are open?

Excellent, that's very helpful, thanks. That will help me identify whether or not it has these lights.

It looks like in early 2015 this premium lighting package morphed into the "premium interior and lighting package", when they eliminated the tech package, making some of those items standard, and putting the rest in the new premium package (power liftgate, the lighting, etc.). This thread from the time mine seems to have been ordered involves a lot of discussion about it:
Premium interior and lighting (last decision to make and 2 days left) | Tesla

Have you asked Tesla to send you the Monroney Label for your car? Just call service and they’ll email it to you quickly.
D

I've asked the OA, but haven't gotten any response from him. I'll try the service center. Thanks for the suggestion.

What one feature would you add to this Model S?

F
Order an CPO tesla in Quebec , live in ontario, did I just screw myself?