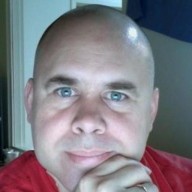 So, I just got back from a trip in England where I rented a Model 3 for 2 weeks. I now fully understand why the (US) Tesla Supercharger network is winning. A lot of my experience was with the Pod Point system, but I expect most of the problems I had were not specific to that brand.


1. The CCS connector itself is huge and very hard to deal with. I don't know if it's the wire gauge or the bulkiness of the CCS connector itself, but using that thing with one had is nearly impossible. Conversely, I use my US Tesla home charging every day with no problem. Even though the US Supercharger cables are bulky they don't seem to compare to the Pod Point cables, which are huge and very hard to manage.


2. Every single charger is different, and you never know if its working or not without actually being there. I tried several different Pod Point chargers and they were all different and operated slightly differently. I tried to charge using a Heathrow Airport Pod Point station and not only was it off-line, it wasn't even in the Pod Point app! This is in stark contrast to the Telsa mobile app which has been unfailingly accurate in pointing me to the closest Supercharger.


3. Payment was a nightmare. Specifically, Pod Point system requires payment before you can charge. Since I was unfamiliar with the charging costs in the UK I put 100 pounds on the app, figuring that would be a good place to start. I ended up only using a portion of that and the rest is now locked up in a Pod Point account that I will probably never use again. Supercharger visits charge directly to my CC and I never have to even think about payment.


4. It took me 10 minutes to get my first charge working! It turns out that I had plugged in the car before activating the app and everything got confused. Stopping everything and starting over was the only way I could get it to work. I can't imagine anyone else in my family being able to navigate that system. Again, the one time I stopped at a Supercharger, everything worked perfectly - I plugged in the car and walked away.


Maybe it gets better over time, but using the non Tesla charging systems left a very bad impression on me. Maybe other BEV owners have never had the convenience of a good charging network and don't know what they are missing out on.

NOTE: I finally got to the point where the Pod Point system (mostly) worked for me but it was still a game of "will this actually work?" when I needed to charge.
Reactions: Genie
•••
G

Thanks, interesting information. That resembles what I see/hear from various people using a CHAdeMO or CCS adapter with their Teslas in America as well. (EDIT: I should say it applies also to non-Tesla cars ). I use a local network for level 2 chargers around here and it's similar, you need to transfer money to your "card" before you can use, and that money is stuck there.
The charging infrastructure seems to be the biggest hurdle at the moment.
Reactions: RNHurt
•••
E

Sounds kind of like my experiences using CHAdeMO stations in the USA.
Thanks for the report!
Reactions: RNHurt
•••
R

RNHurt said:
Since I was unfamiliar with the charging costs in the UK I put 100 pounds on the app, figuring that would be a good place to start.
Click to expand...

Yea, I know. It was my first day in country and I had been traveling all day and was really tired. The good news is that I used about half of it. The bad news is that I have ~£50 left that I can't access or use.
•••
M

But yea a couple of extra steps for third party chargers until they get Plug'nCharge working.
Reactions: RNHurt
••• 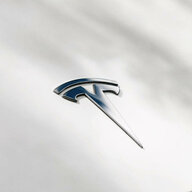 Did you not use the superchargers?

Edit: I see you did on one occasion. As you have confirmed, the best experience is still the Supercharger network in UK

moa999 said:
Note that Tesla uses the same CCS2 cables in European and other global markets on its superchargers
(V2 superchargers also have a smaller Modified Type2 cable that can be used on legacy S/X only)

But yea a couple of extra steps for third party chargers until they get Plug'nCharge working.
Click to expand...

RNHurt said:
Yea, I know. It was my first day in country and I had been traveling all day and was really tired. The good news is that I used about half of it. The bad news is that I have ~£50 left that I can't access or use.
Click to expand...

So, a HUGE upvote for Pod Point! I opened a support ticket with them explaining my predicament and they refunded my unused credits.

RNHurt said:
So, a HUGE upvote for Pod Point! I opened a support ticket with them explaining my predicament and they refunded my unused credits.

Great to know. I'll not hesitate to load up an account, should I get the chance to drive around the UK in an EV.
Sadly, I'm suffering right now in a 3rd world country with only ICE to rent. There does appear to be interest in EVs here and there is even a little public charging infrastructure, however, no rentals.
I have learned, however, that I hate having the instruments behind the steering wheel. Back in the old days with large, thin, steering wheels, it was fine. Today, with thick wheels and airbags in the middle, I have to duck and weave my head to see the speed, gas gauge, etc, through they small open space in the wheel. This ICE I'm renting has a nice display just to the right of the wheel in easy view while keeping eyes on the road. Too bad its just a 9" screen for the radio, nothing useful.
Reactions: RNHurt
•••

The UK and Ireland Feb 10, 2022
Kansalis
K
S
Supercharger would not charge. my car.