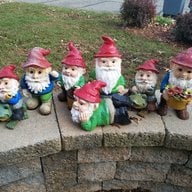 Picked up my MY Long Range in November had my first road trip this weekend. We had go head from Central NJ to Baltimore so not a particularly long trip but longer than my other COVID-era Philadelphia trips, which I can do roundtrip without a Supercharger visit.

Being my first trip (and to soothe a nervous wife) I charged to 95% at home. This would take me to Baltimore with the a mid-teens SOC on arrival, but wanted to have juice to run around when in-town as the hotel did not have destination charging, so I had planned to hit an SC as bathroom needs and hunger hit.

We made it to mid-Delaware (Chesapeake Service Area) at 49% SOC on the way down. By the time we hit the bathroom, grabbed lunch and ate, we were nearly charged. I took a very quick phone call and we had reached 95% again. about 33 mins charge time

So really painless. Being a Route 95 trip, Supercharger options were plentiful along the way and the Mrs is much more confident in taking the MY on the road. Also, this was my first chance to test Autopilot and become familiar with its usage, given the long highway stretches. I honestly did not give a care about autopilot when purchasing but in a trip such as this it was really useful. I can see myself using it much more.

For long-timers, nothing new here, I am sure. For newer folks like me or those considering a move to Tesla, I thought I would share. I am ready for some longer trips as travel opens up and we both get vaccinated.
Reactions: 73Bruin, El joe, mark95476 and 6 others 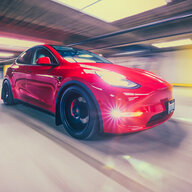 Great to hear. I'm glad you had a good experience. In my opinion, the Tesla Supercharger network makes all the difference. I've done similar road trips with other EVs and the charging is always a risk. Finding chargers is stressful and when you do find them, they may not work or may be some network you don't have an account with. With Tesla, everything just works .
Reactions: mark95476, Rocky_H, srlawren and 1 other person
R

MrWattson said:
I charged to 95% at home. This would take me to Baltimore with the a mid-teens SOC on arrival,
Click to expand...

Uh oh. As I started reading this, I was already starting to tense up, thinking this was sounding like many other threads I have seen here, where a new owner is trying to do that the wrong way, skipping over Superchargers along the route by white-knuckling it all in one drive and then griping about the car running low and range anxiety and panic and unhappy wife.

MrWattson said:
We made it to mid-Delaware (Chesapeake Service Area) at 49% SOC on the way down. By the time we hit the bathroom, grabbed lunch and ate, we were nearly charged. I took a very quick phone call and we had reached 95% again. about 33 mins charge time
Click to expand...

And then the story took a turn for the better! Yes!

MrWattson said:
For long-timers, nothing new here, I am sure. For newer folks like me or those considering a move to Tesla, I thought I would share.
Click to expand...

But I'm very glad you did share. This doesn't have to be hard, but it does take a slight change to the habits that a lot of people have built up. With a gas car, a lot of people might normally plan to just get in the car from home and not stop for anything until they arrive there, and then plan to eat or whatever. And if they tried to do that the exact same way in an electric, that might cause stress and problems. But with just a small change, of a 20 or 30 minute break in each direction, it becomes easy and a non-issue. It's a minor adjustment that makes this work really well.
Reactions: mark95476, iustin, srlawren and 2 others
R

I am a recent new MY owner (2/27/21) and I have a couple of questions? Do most people display the battery as miles or as percentage and why? I am planning my first long trip to Florida, about 500 miles. Does the navigation map plan out where you need to stop for a charge in real time? Driving locally, I try to keep the highway speed close to the speed limit. Not in a rush to get anywhere. But a road trip is different and depending on traffic, the speed can get over the limit by more than I would like. Sometimes we tend to keep with the traffic flow, but I know high speeds are not good for EV's and range? So any tips you can share would be greatly appreciated.
R

rick8560 said:
Do most people display the battery as miles or as percentage and why?
Click to expand...

Here you go: 14 pages worth of people debating and arguing that.

Percentage or Miles/Kilometers : which do you use and why?

I have been using percentage (so far) since the Miles/Kilometers is displayed as an absolute and not relative to actual Miles/Kilometers driving. Had an ELR and it was relative so milage estimate range changed based on driving habits and made more sense. However percentage means different...


rick8560 said:
But a road trip is different and depending on traffic, the speed can get over the limit by more than I would like. Sometimes we tend to keep with the traffic flow, but I know high speeds are not good for EV's and range? So any tips you can share would be greatly appreciated.
Click to expand...

And for road trip threads:

How to save a lot of time on long trips

The Model S and X are the only EVs that can do long distance traveling in a reasonable amount of time. Compared to an ICE car it takes about 20-25% longer for charging on the way. The shorter the trip, the less charging makes a difference. For example on a 300-400 mile trip, you start with a...

How to plan a road trip - how long will it take?

You probably already have a good idea of how long it will take to drive somewhere based on your experience with gas cars. That part shouldn’t be much different with an electric car. The main difference is charging rather than buying gas. You need to figure out · how often to stop ·...

Ok, forgive me for using the word long but I'm just trying to get some advice from folks that have some experience with charging. I pick up my car on Saturday so I have zero real world experience. Next week I'll be driving about 115 miles from home, staying overnight at a hotel that does NOT...

What is the most optimal speed for a Model 3 on a road trip? I have been trying to figure out the answer before a cross country road trip and it is not a simple question. Traditionally, with an ICE car the faster the better because they can refuel at +6,000 miles of range per hour. But speeding...

A month and a half ago I bought a used Model S. Over the holidays I flew to visit my sister. While I was there I got a bit frustrated with my ICE rental car and thought, "Why didn't I just drive instead of fly?" So now I'm thinking about what road trips I want to take with my Tesla. My normal...

I just completed my first road trip (New Orleans to Colorado and back). I have a dual motor long-range Model 3. I have returned excited, yet I still do not understand the limitations of the car when traveling long distances. The car was magnificent on the road. I enjoyed the frequent stops and...

Keep in mind that a lot of these threads are older, and were dealing mostly with Model S, before the 3 or Y were around, so if people are talking about specific amounts of range or efficiency numbers, those will be a little different for the 3 or Y obviously.
Reactions: MrWattson and srlawren