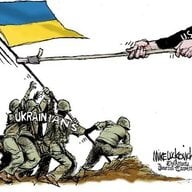 March 14, 2018 delivery. After 731 uneventful miles, no defects nor fit and finish issues in my Feb, 2018 manufacture X75D so far. Fobs boxed with easy to use key rings, for those concerned about such trivialities. Trailer hitch in stock, but I wish I'd known to request hitch installation before I picked up my car. Not thrilled that cup holders in the rear of the front console keep presenting themselves unnecessarily, exposing themselves to cargo items eventually breaking them, or that the NEMA adapter I ordered hasn't shown up in almost 3 weeks -minor items all, considering it's a great car.

IMHO, certain often-used controls might be better served with old fashioned physical knobs and dials designed for fast, easy visual identification and definitive tactile feedback so I can keep my eyes on the road, avoiding my delirium-tremor-esque struggles inherent in tapping mid-screen selections while driving on bumpy roads, there being no effective way to steady your wrist outboard of the large touchscreen. Given the opportunity to order custom physical controls mimicking my previous ICE car, especially the stalk mounted ones - I'm tired of turn-signaling when I try to tap to change speed! - I probably would have.

Advice to others- VIDEO the touch screen/controls orientation at pickup. It'll be handy for review and to show other first time drivers. There needs to be a short, concise YouTube series covering all touchscreen and steering wheel control app scrolling and selections for each model Tesla, designed with helping older first time Tesla owners in mind, especially those of us unaccustomed to steering wheel mounted controls (other than actually steering, of course). Preferably without annoying, tedious introductions on the videos. Hopefully my suggestion will drive a video production competition among referral seekers.

My old habit of full-body steering wheel contact driving, -curiously unacceptable in my Tesla- made my initial scroll wheel learning curve VERY steep in this, my first steering wheel control equipped vehicle. Indeed, each of the four times my clumsy fat fingers called random, long-forgotten cell phone contacts were awkward conversations at best. How do you HANG UP to end the conversation while driving?

Seldom are descriptions adjacent to corresponding illustrations in the owners manual, which is found in the lower left under "settings" on the touchscreen. Mostly illustrations and explanations were on awkwardly separate PDF pages. Nor could I find a way to do a search for anything in the touchscreen, other than Google searches on the browser, but those included thousands of useless non-Tesla outside search results.

I love the phone app, but was surprised it doesn't allow rescheduling charge times or selecting lower charging amps like the actual touchscreen does, nor changing suspension height for easier boarding by a disabled driver. Speaking of the huge touchscreen, I'd be just as happy with a smaller target for a clumsy owner to potentially break.

I appreciate the "range" setting option, but why not go further, offering an option virtually simulating if my car had only 30 HP for only slow, gentle acceleration in order to avoid rapidly switching between +77 kw and -50 kw extremes (like on hilly roads) for instances I need to be extremely efficient for maximum range, gradually slowing down going uphill and gradually speeding up heading downhill? I respect that Tesla "doesn't make slow cars", but owners deserve another tool to avoid running out of charge in rare, unexpected situations. Heck, I'd like a cruise control or Autopilot option that lets me specify lower kw limits. As you might have gathered, steady operation of the GO! pedal on this, my first electric vehicle, is not my strong suit.

I was totally surprised at my emotional feelings about having just missed the MCU update. The old one is kick-ass fast! Yet part of me felt like the ungrateful, fit-throwing cucumber-receiving monkey (look it up if you don't know), which is totally uncalled for, having just received an amazing car that many said couldn't even exist for another 35 years.

Thanks, Elon and company, for an amazing electric car! I hope soon there'll be an option to choose energy storage in place of free trip charging to further help accelerate the transition to renewables. Perhaps there'll be another federal tax break for the first 200,000 cars from manufacturers of models allowing their owners to choose letting up to half their capacity to stabilize the grid or smooth the duck curve for a reasonable, use-based battery performance warranty reduction or something, any time we're not needing that capacity ourselves.
Reactions: anonim1979, Fellsteruk, Cowby and 2 others
•••

Having had mine for six months and hearing about all the MCU2 issues, with the amount of time I actually use the MCU screen and the speed of the MCU1, it would have to be a cheap upgrade and a flawless one to make it worth it to me.

Thanks for the report!

BTW, ‘Chill’ acceleration is close to what you requested to save energy. When you don’t need power and want to smooth things out, try Chill mode!’Also good for when you have passengers that get seasick.

I don’t make many phone calls but see what is on the active menu on the right scroll wheel when in a phone call. Either clicking on the button or scroll to an option will be ‘end call’.
••• 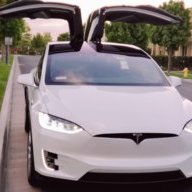 love to hear great reports like this. videoing the customer rep's settings tutorial is a great idea.
•••

I AM using Chill mode. In fact, I turned off Chill and Range mode, tried some of the highest performance starts my X75D is capable of, then went back to Chill Mode and drove some more. IMHO, it could be even MORE chill.

I wish there were Chill, Chiller, and Chillest modes for when you really want - or NEED - to hypermile.
•••

Snail mode describes me exactly. Seriously, useful for an extra margin of error while getting used to the car for us older folks unfamiliar with EVs and anything high performance.
Reactions: Fellsteruk
•••

Tesla for Sale Today at 10:13 AM
Abhiparikh
A
P
Further discussion and analysis on why the yoke is not good