Since yesterday, I've been having issue with my self presenting door handle on the passenger side. Every time the passenger door is used, there would be some mechanical sound, and after a few second, the door handle would slam shut. I have never seen this before, I only had the car for 4 months, but this definitely does not look normal. I googled around but have yet found a solution, any help? 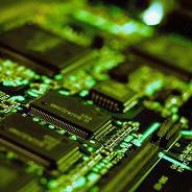 I had this same (or very similar issue). It only happened when the handle was actually used to open/close the door and if I just unlocked/locked the car it would extend and retract as expected.

I emailed Tesla service and they came out to my house (the city I live in has 3 rangers that cover service for owners here as the nearest Service Center is about 2 hours away) disassembled the door and adjusted the alignment of the handle relative to the mechanism inside the door using several screws built into the mechanism. The whole thing was pretty fascinating to watch, and he didn't mind that I stayed and chatted and watched as he took a large number of pieces out of my 2 month old car! Yes, he did put them all back in and I cannot tell that anything was done.

Basically something was slightly misaligned (that I could not visibly see) at the factory and it caused that door handle sticking behavior. It took the technician about an hour as he hadn't seen the exact mechanism in my late 2017 RWD 75 before. His comment was that the mechanism was totally new and very different than the others he has serviced/replaced. I'm not sure if that is good or bad, but I hope it's a sign that Tesla is incorporating changes to reduce problems.

Since the adjustment I've had no issues.
Reactions: cmal and PrGrPa
••• 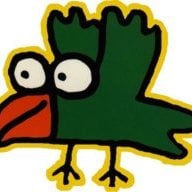 Should be easily fixed by the service centre or ranger. Some sort of internal misadjustment in the handle mechanism. One of mine started playing up after a few weeks: whirring, not returning, snapping shut, being a bit slow...

Rang the service centre. Made an appointment for one morning. Fixed within an hour.
•••
X

Thanks Everyone, will give them a call today and see when I can get it fixed.
•••
N

Be darn glad no one had their hand in there when it did that !! I've always wondered about the pinch points created by the disappearing door handles..
•••
F

nevrenuf said:
Be darn glad no one had their hand in there when it did that !! I've always wondered about the pinch points created by the disappearing door handles..
Click to expand...

I think there is a safety mechanism. I had my fingers in there once and it tried to close. It didn’t hurt and allowed me to pull my fingers out ok.
•••

nevrenuf said:
Be darn glad no one had their hand in there when it did that !! I've always wondered about the pinch points created by the disappearing door handles..
Click to expand...

While it won't pinch your fingers per-say; I did have my hand in there when it snapped shut prior to being fixed. The amount of force was surprising, to say the least, and it definitely left an uncomfortable red line across all my fingers for a couple hours. Did it hurt? Not really, but it was probably more or a surprise than anything else.

I've accidentally closed the handles (while operating normally) on my hand one time (still not sure how, but I digress) and it felt like the motor just disengaged when it felt resistance. My guess is that safety mechanism is actually what causes the handle to be stuck in the "out" position in the first place.
Reactions: PrGrPa
•••