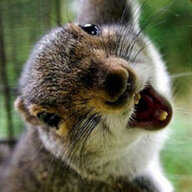 This is a tragedy in which my Tesla brought a bit of joy into. Recently, my sister-in-law died after a sudden illness. She left behind a husband and four children, ages 6-15. So my wife and I rush up to be with the family, bringing our brand new Model 3. When we get to my mother-in-law's, my brother-in-law and four kids haven't yet arrived from Florida but mother-in-law tells me that my 6 year old nephew is obsessed with Tesla cars. Although no one in close proximity to him owns a Tesla and he's never ridden in one, he can readily identify Tesla cars and is super excited to see them. He spends his time pointing out every Tesla he sees out on the road from the back of the family minivan. So imagine his surprise when there is a shiny new Model 3 out in front of grandma's house. He comes running in, eyes wide yelling, "A Tes-a-la! A Tes-a-la!" (He pronounces Tesla with 3 syllables.) So throughout the heavy weekend of tears, he got some smiles spending time playing Beach Buggy Racing, making beats, and singing Careoke with his siblings and cousins. He was so excited. Taking him and his siblings for a ride made them so happy, squealing with delight as I mashed the accelerator a bunch of times.

Yes, it was a deeply sad time but for one little guy who just lost his mom, me and my Tesla gave him a little bit of sunshine.
Reactions: tm1v2, mrmtb, Bouba and 1 other person
•••

Sorry for your loss and nothing but the best of thoughts towards you and yours. Great story and thank you for sharing.

Your story reminds me of a similar situation we had so I can relate to this story and helping to make life a little bit better for a little boy who's bravely facing life's struggles. One of my neighbors/buddies texted me with "want to make a good kid's dream come true?" of course I replied "yes" and he begins to tell me of a story about their friends who are in town visiting them from out-of-state. Come to find out, their son (who is autistic) absolutely adores Teslas, much like your story. They told me that he points out every single one they see so you can image how exciting that road trip from the Midwest to Colorado was. lol

Much like your story, he also had never even seen the inside of one let alone been for a ride. Imagine the kids surprise when his parents and my buddy walked him outside and my bright red Tesla Model S is sitting there parked outside. This kid lost it, in a good way. He was SO amped and I was instantly transformed to the kid version of a myself for a moment. I thought his eyes were going to pop out of his head when I asked if he wanted to go for a ride. w/o hesitation he sprinted over to their 4Runner and got out a little flat "seat" type thingy he has that brings him comfort when traveling. Kind of like a little booster seat but it's just a slim flat little pedestal more or less. He popped it into the back seat all on his own and we were on our way! The kid was just over the moon the entire time.

My buddy recently informed me that he still talks about it daily. I love having the ability to bring that kind of joy to a kid through the mutual adoration of these cars. That's where I see the most potential with Tesla (aside from the shortcomings which I will leave out for purposes of this thread) is in the way the younger generation views them. If Tesla can find a way to capitalize on that... there's little that can stop their mission.
Reactions: tm1v2, MitchMitch and scoobybri
•••

Do I legally need permission from Tesla or the supercharger property owner to conduct Tesla mobile car washes?

Levon Elon, The Rocketman gets his remix....