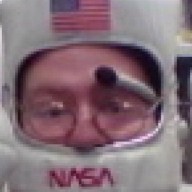 Sunday, September 20th, Saint Louis had its NDEW event from 11AM to 3PM at the James S. McDonnell Planetarium in Forest Park. Sorry that I don't have any pictures but I was just a little bit busy. I actually got someone to cover my 10:30 AM Mass (I am a Roman Catholic Priest) so I could get to the event early. I got there about 10:20 and got my MS into line with a number of other MS. I opened both the Frunk and Trunk, displayed my UMC and Chademo Adapters, set out my lawn chair and cooler and got ready for the afternoon. I abandoned the idea of lounging in my Lawn Chair early as many people started to stream in shortly after 11AM.

When I got there there were a large number of different EV and PHEV's that were displayed. They included Nissan Leafs, Chevy Volts, Citicars, BMW I3s, 1 each of a Ford Cmax Energi and Fusion Energi, The Illuminati " Seven" Car from Springfield, IL, a 3 Converted EVs (Beetle, S10, Ranger) and even 1 BMW I8. (If I missed anyone my apologies).

I was content to just stand back and happily answer questions on my Debi (Name for my MS). Liz G. from the Saint Louis Tesla Enthusiasts came to me and asked if I was going to give any test rides. I really hadn't planned to do that and told her that. She said that's OK and went to coordinate with other MS drivers. I thought about it for a bit and as I saw the line grow, decided that I would give a few rides. What happened after that was unexpected and really a blast. I told Liz I would be willing to give some test rides and she got the first of 10 groups into my MS. I could have just stayed in the park and leisurely driven silently through the beautiful scenery. Something thought had switched in my brain. I am a very conservative driver, squeezing every mile I can out the battery. But I wanted people to get that Tesla Smile we all know about. I know the area pretty well and knew there was a very long and straight highway entrance ramp that would be perfect for displaying a full power take off. Next thing I know, I am flooring Debi more times than I had in the prior 4 and 1/2 months of ownership. I gave 10 test rides and saw a pattern on my energy consumption screen that looked more like a regular heart beat, rather than my normal flat line.

After the 10th ride things had slowed down enough that I got to take a break. The rest of the day I answered questions and talked with other EV owners about our cars. The end of the event saw a short parade (Glamour EV Picture Opportunity) that saw all the cars that were there at the end of the show departing. I had a really good time and was finally glad to meet other members of the Saint Louis Tesla group. Anybody else want to share their experiences?

Sounds like it was a great time. My wife was out of town in Indianapolis at a conference, and I was playing shuttle duty for the 6 different sports & civic events we had this weekend. I'm sorry I had to miss it!
•••

FSD Beta Disappeared before I got to use it!