My first year of ownership has included very frequent connectivity trouble. Music stops mid-song or never starts at all, some podcasts play fine, others not at all, some streaming stations work, others don't, Nav will often say it's routing without traffic data, voice controls are inoperative, and a variety of "network error" messages appear. I live in a part of Los Angeles with perfect cell reception and always have more than ample signal strength so I assumed this was just a "growing pain" issue with Telsa's servers being overwhelmed so I let it go for much longer than I should have.

Finally I'd had enough and asked my service center to investigate while the car was in for windshield replacement. They kept the car for an additional 8 days and told me that they "did something to the computer" to fix it. I asked what they did but they wouldn't tell me. I asked the service center manager to tell me what was done, but he also refused to tell me and simply assured me that it is a known issue and they fixed it. Of course the "network error" message appeared again within 10 seconds of leaving the service center.

And it's been working perfectly ever since. It will still give a very rare network error for a few seconds after a cold boot which is totally acceptable/understandable but all the random and sustained network problems are completely gone.

So now I'm wondering - did they actually fix it? Or was it fixed by the 2022.8.3 update that happened to arrive while they had it? Has anyone else had this problem and also had it magically disappear earlier this month with this update?
Last edited: Apr 26, 2022
••• 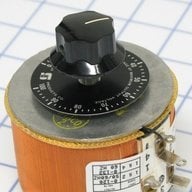 There was a software update earlier this year to handle the shutdown of 3G cell services, but that wouldn't account for the past year even if the shutdown happened yet in your area.

They wouldn't need to keep the car to fix something via software update, and keeping it for days has costs for you and them. (Did they provide a loaner?)

If they needed replacement parts, that'd account for the delay.

Ditto if they needed someone to come debug it.
•••

K
GPS issue since the past few weeks