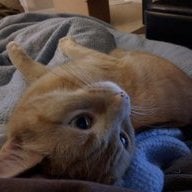 Will be interesting to see how this plays out.

Nevada’s governor on Monday announced that his state plans to adopt California’s car pollution rules, joining more than a dozen other states and pushing back against the Trump administration’s decision to weaken fuel efficiency standards.

Democratic Gov. Steve Sisolak said Nevada will begin working on new regulations to increase the number of electric and zero-emission vehicles sold in the state, as well as rules to reduce air pollution and planet-warming greenhouse gas emissions from cars. The changes could be years away, according to the governor’s statement, which gave 2024 as the goal for adoption.

“Now more than ever, it is critical for Nevada to continue accelerating efforts to address climate change including capturing the many benefits of sustainable transportation options for Nevadans,” Sisolak said in a statement. “Now is the time to set a new trajectory that will lead to healthier communities across the Silver State and establish Nevada as a leader in the clean transportation economy.”

The announcement comes about three months after the Environmental Protection Agency and Transportation Department released new fuel efficiency standards for cars and trucks, rolling back more ambitious
requirements put in place in 2012 under President Obama. The change was seen as a major victory for the oil and gas industry, as it is expected to result in less efficient cars burning an additional 78 billion gallons of fuel.


In May, California and 22 other states sued the administration, arguing that the rollback put the public’s health at risk and was based on flawed science. Nevada joined the lawsuit, allying itself with a growing number of states that have chosen to follow California’s stricter car pollution standards instead of the federal government’s.

To date, 14 states and the District of Columbia have adopted California’s tailpipe emission standards, a group that accounts for more than 40% of U.S. vehicle sales. Two more — Minnesota and New Mexico — have announced plans to join and are in the process of writing regulations that will make them the 15th and 16th states.

Patricia Valderrama, who works on renewable energy policies in Nevada for the Natural Resources Defense Council, an environmental advocacy group, said the state’s worsening air pollution had prompted support for tougher government regulations. According to the American Lung Assn.’s annual State of the Air report, the Las Vegas-Henderson region is among the smoggiest in the country.

“Nevada is already feeling a lot of severe climate change impacts,” Valderrama said, citing rising temperatures and an increase in the number of wildfires. “There’s a growing interest in more environmentally friendly options and gaining access to those options,” she said.

California’s unique authority to go further than the federal government in regulating auto pollution comes from the Clean Air Act.

Under the federal law, which took effect in 1970, Congress gave responsibility for setting federal vehicle pollution standards to the EPA. But it carved out an exception for California, which had already been combating severe air pollution problems for years, saying that the EPA would be required to grant the state a waiver to set its own rules, provided they were at least as stringent as the federal ones. Other states could choose to follow either California’s regulations or those set by the EPA.

Under Trump, the EPA revoked California’s authority to set tougher fuel efficiency standards. The state, and nearly two dozen others, sued the administration over the decision — a dispute that could eventually land at the U.S. Supreme Court.
Click to expand...