Hey everyone, I looked around to see if there was a New Member intro thread but I couldn't find one so if I missed it, I apologize.

I wanted to introduce myself and say hi to everyone. Long time lurker but brand new member.

Been a car enthusiast most of my life. Was heavily involved in the DTM scene (Audi, BMW, Benz, Porsche) but with a growing family and rising fuel costs, I finally decided to hang up the pump and jump onboard the EV bandwagon. I spent a good amount of time exploring EV options and it was a no-brainer going with Tesla.

I placed my order on 5/18 for a MYLR through my local Tesla showroom; White on white, FSD, 20" wheels. I immediately put it on hold as I was waiting on our new home to be built which was due to be completed in September as I had nowhere to plug it in at the current place. I took the hold off last week and to my dismay, it showed an estimated delivery date of January.

I was at the local mall this weekend and decide to pop inside the Tesla showroom where I had originally placed my order to see if my service advisor was around. It was sweltering inside there as the AC unit had broken down and all the employees looked miserable. Having just won a $100 Starbucks gift card from a company function the other month, I decided to treat them all to venti frappucinos to see if that would help cool them down. They were so grateful that they asked what they could help me with, I mentioned my January delivery date, they said give me about 30 minutes, and next thing you know, I now have a VIN and a delivery date for 9/4.

Now I'm sure it was pure coincidence that there was a cancellation right at that moment that happened to have the exact configuration as me but it's fun to think that my little "bribe" may have helped push things along.

Hope to start joining in conversations and contributing more to the forums once I get settled in with my new car. Have some big plans for it as I just can't leave things stock.
Reactions: AprilMay, jwuwu, Ladybugn and 6 others
••• 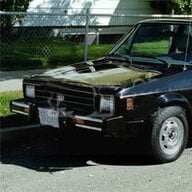 CHB2704 said:
to think that my little "bribe" may have helped push things along.
Click to expand...

I find bribery will get you a long very well.
BTW welcome to forum - it a wealth of information.
••• 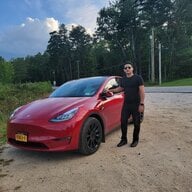 If only i had known a trip to the local starbucks was the trick, lol welcome, the next few days will be dragging by very slowly. Congrats and take lots of pics!
••• 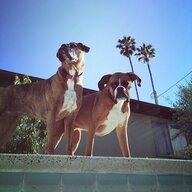 Doublea88 said:
If only i had known a trip to the local starbucks was the trick, lol welcome, the next few days will be dragging by very slowly. Congrats and take lots of pics!
Click to expand...

You have to sabotage the air conditioning first, THEN give cold drinks

Fourdoor said:
You have to sabotage the air conditioning first, THEN give cold drinks

Shhhh... don't give away my secret.

andaconda said:
I find bribery will get you a long very well.
BTW welcome to forum - it a wealth of information.
Click to expand...

Thanks. It definitely is a jackpot of information.
•••