This is my 3rd Model X, and i'm curious if others are experiencing similar issues. I first noticed that the autopilot cameras were having issues calibrating. On day one I drove over 100 miles and calibration was stuck at 99%. I performed a couple of camera resets and finally they calibrated. That's when the odd issues first started. Afterward, the cameras would randomly freeze locking most of the UI. Random warning and error lights related to the brakes, tire pressure, turn signals, park assist, you name it pop up on the screen, and the UI randomly crashes. I was pushed the 2022.8.2 update which I assumed would resolve things, but no luck. This was all within 48 hours of delivery.

I of course put in a service ticket and have been waiting for 10 days now for Tesla to remotely diagnose the issue. The next service appt isn't until April 20th.

So, I figured something must be up with the software and performed a total of 3 factory resets. I was also able to get the car into service mode and force a reinstall of 2022.8.2 assuming something went wrong with the initial update, but same issue. Fast forward and on Friday I received 2022.8.3, and again, same issues. I also noticed that around the time the issue takes place one of the error messages is related to the dash/sentry cam drive saying it needs to be at least 32 GB (which it is, it's the one that came with the car). Tried reformatting that drive a few times, even tried driving around without it plugged in, and same issue. When the UI freaks out the passenger side Falcon Wing Door also thinks there is an obstacle present and refuses to open, even with an override (which is awesome when dropping my kids off at school).

The last thing I tried since Tesla hasn't been any help is to reset the autopilot cameras. Now interestingly, I did this 2 days ago and calibration is stuck at 99% again, but no errors, and everything else works. If the cameras ever finish calibration and the errors come back that would prove my theory, but for now, that's all it is.... a theory.

I've found at least 3 other people on Twitter with similar-sounding issues which both makes me feel better and worse.
Reactions: mr-dmitry
•••

Sorry for your issues...

Various places in this forum - people recommend driving on a long straight freeway
with well painted lines as the best way to calibrate the cameras quickly.

I have no idea regarding your USB stick saying it is too small.
It is also recommended to remove the USB stick before software
installs or reboots... 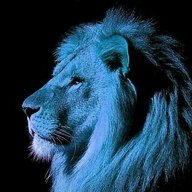 ShawnA said:
I have no idea regarding your USB stick saying it is too small.
Click to expand...

Also have this issue and it’s minor, but it shows the total lack of software quality control at Tesla. Another more serious issues appears when you try to use a flash drive for music and Sentry at the same time. In about 50% of cases, either drive isn’t recognized. Sentry fails to store the footage. Music isn’t playing.
•••

Model X Wednesday at 8:12 PM
BamaATL
B
A
What happens during overnight deep sleep that fixes things?