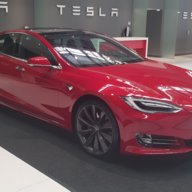 Electric car maker Tesla is coming to Sutherland Shire.
Tesla has purchased a property at 100-104 Parraweena Road, Miranda. The area is commonly known as Taren Point.
The site is next to Cronulla Carpets and was occupied for decades by associated firm Cronulla Furniture and more recently by Bunnings during redevelopment of its Caringbah warehouse.
The property was sold off-market for $15 million in December last year.
Selling agent Trent Gallagher, of commercial real estate firm Colliers International, declined to comment.
The fitting out of the building with a showroom and service centre began early this year, but is being kept under wraps, with windows covered.
Construction company Schiavello has erected its own signage until the project is completed, which is expected to be in about two months.
Schiavello undertook a similar project for Tesla at Chatswood.
Tesla also has a centre at Alexandria and another is on the drawing board for Parramatta.
Tesla has released no information about the Sutherland Shire project and is yet to respond to a request for comment.

(rest of article is just filler background info about Tesla)
Click to expand...

This is pretty close to me, I will keep an eye on progress.
Reactions: Hairyman
•••
T

I work around the corner as well so I’ll be able to give updates as well but good find! Just drove past and took a photo, same as the leaders for now 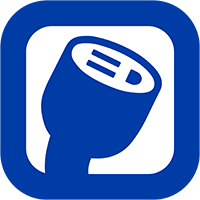 That site is huge. It was a mid-size Bunnings!

What could they possibly do with all that space? Indoor supercharger with gym, toilets, showers and lounge? Delivery centre for, what, a few hundred cars per day? National spare parts inventory? Smash repairs / body shop?

Massive site, and interesting to see Tesla purchasing it.

Looks like it's got a pretty big outside area, so possibly a site for superchargers (the South of Sydney needs some) (albeit none at Alexandria or Chatswood).

But it's a bit of a deviation from the Princess Hwy for those travelling elsewhere in Sydney.
Reactions: AussieOwner
•••

It was actually a tiny temporary Bunnings store while they buldozed and rebuilt the existing Bunnings store nearby. Big enough but probably smaller that the Alexandria site.
Reactions: Hairyman and moa999
•••
A

Oooh nice! I hope they have a few superchargers there. Very handy for me to charge on my way home from diving (while I still have some Free Supercharger km remaining).
•••
M

Posted on the TM3AU FB group that Tesla have a few job ads for Miranda at the moment on LinkedIn.

Drove past on my way home tonight, looks to be getting pretty close to finished. 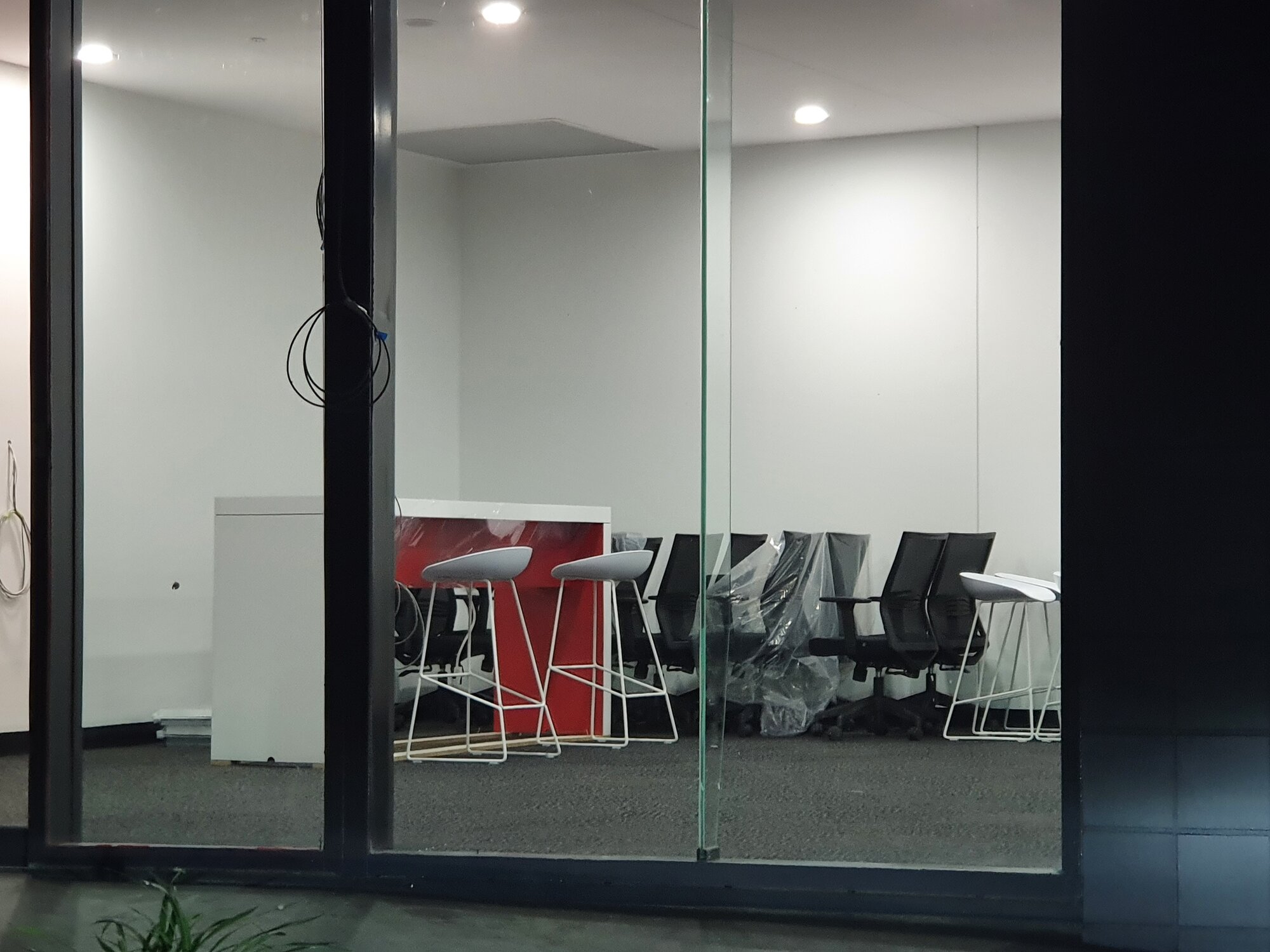 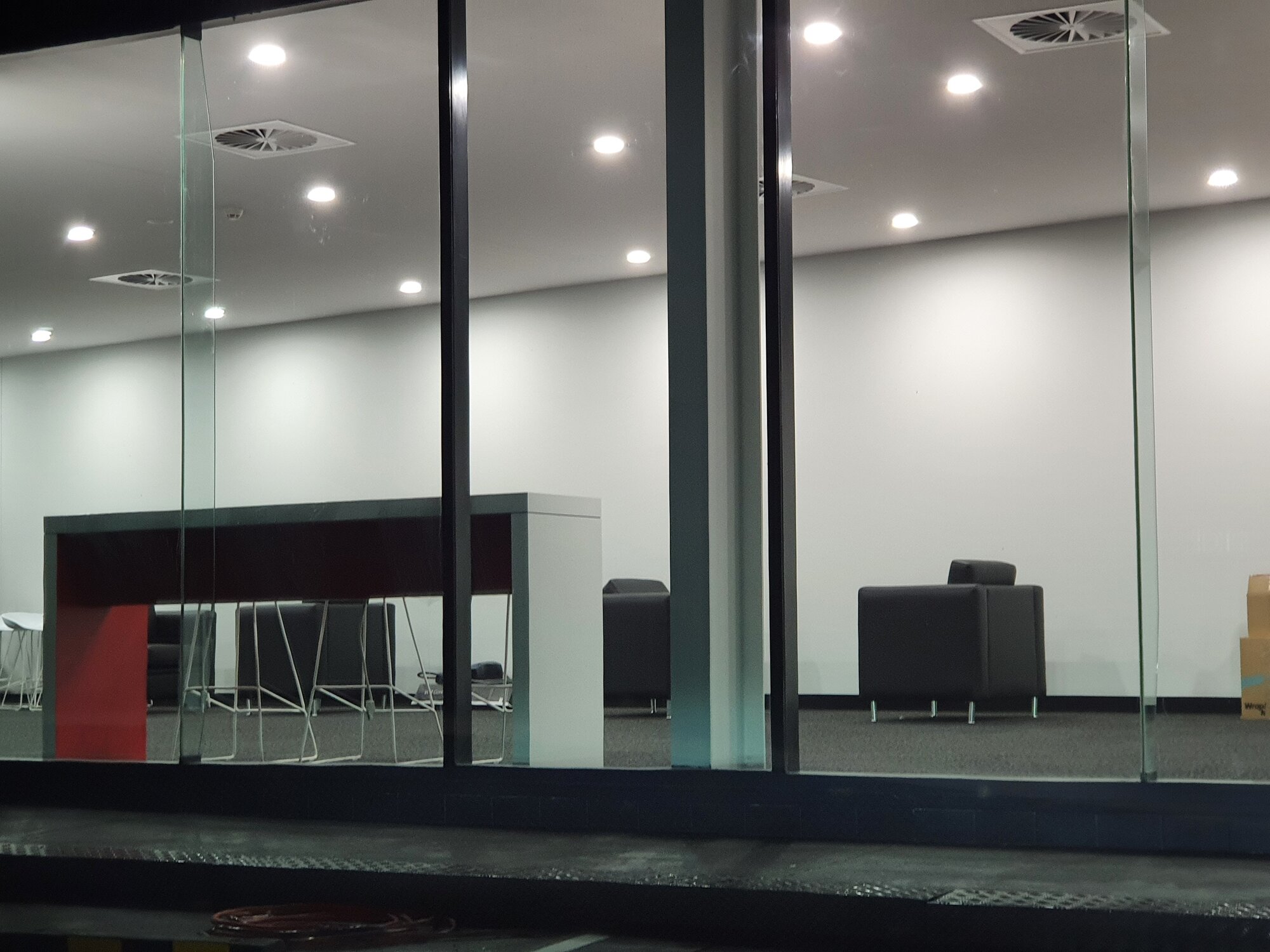 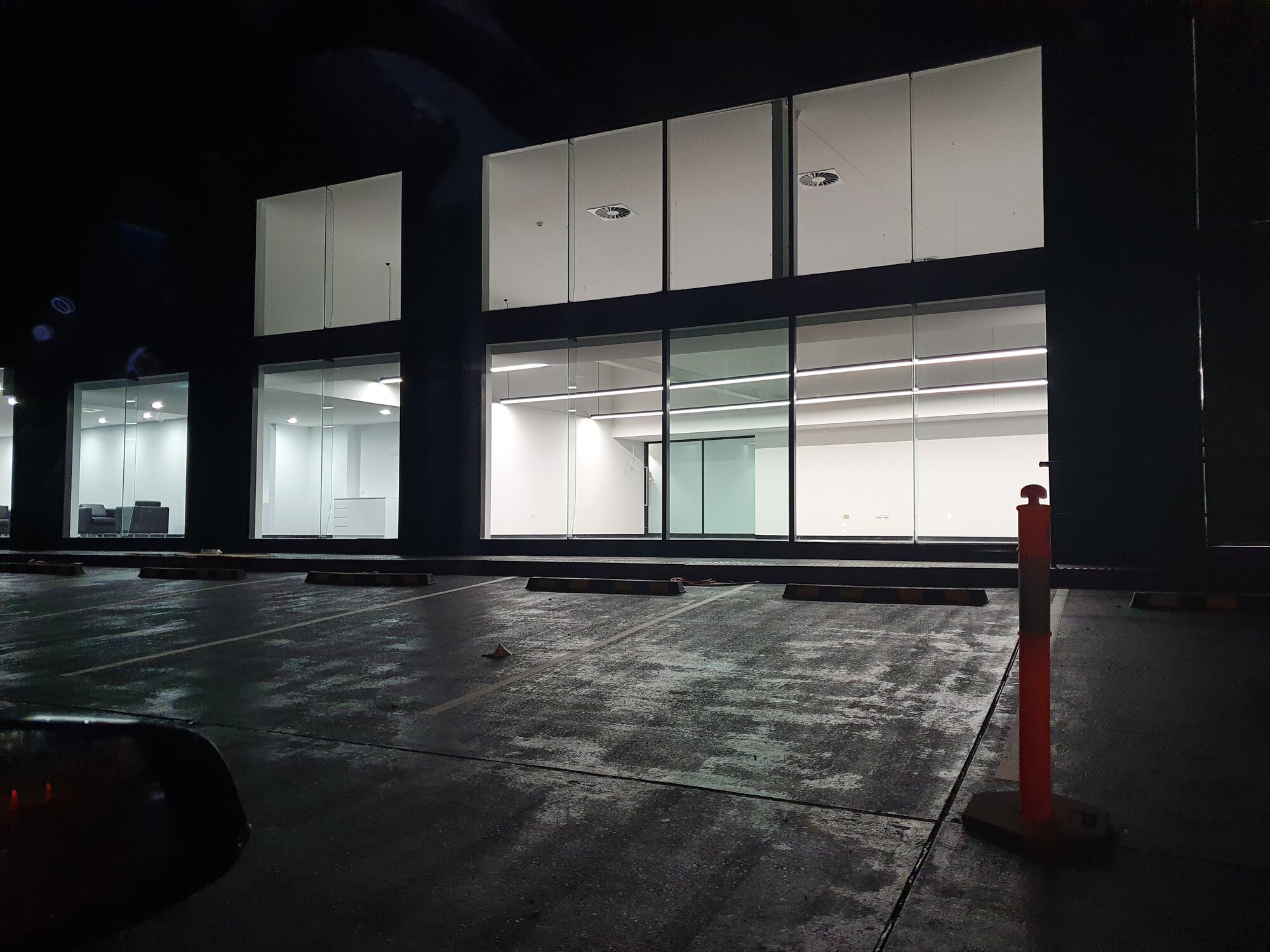 Assume no work on any chargers?

Sutherland Shire council still not listing any recent DAs for the site either.
•••

moa999 said:
Assume no work on any chargers?

Sutherland Shire council still not listing any recent DAs for the site either.
Click to expand...

Cant see any chargers at the moment.
••• 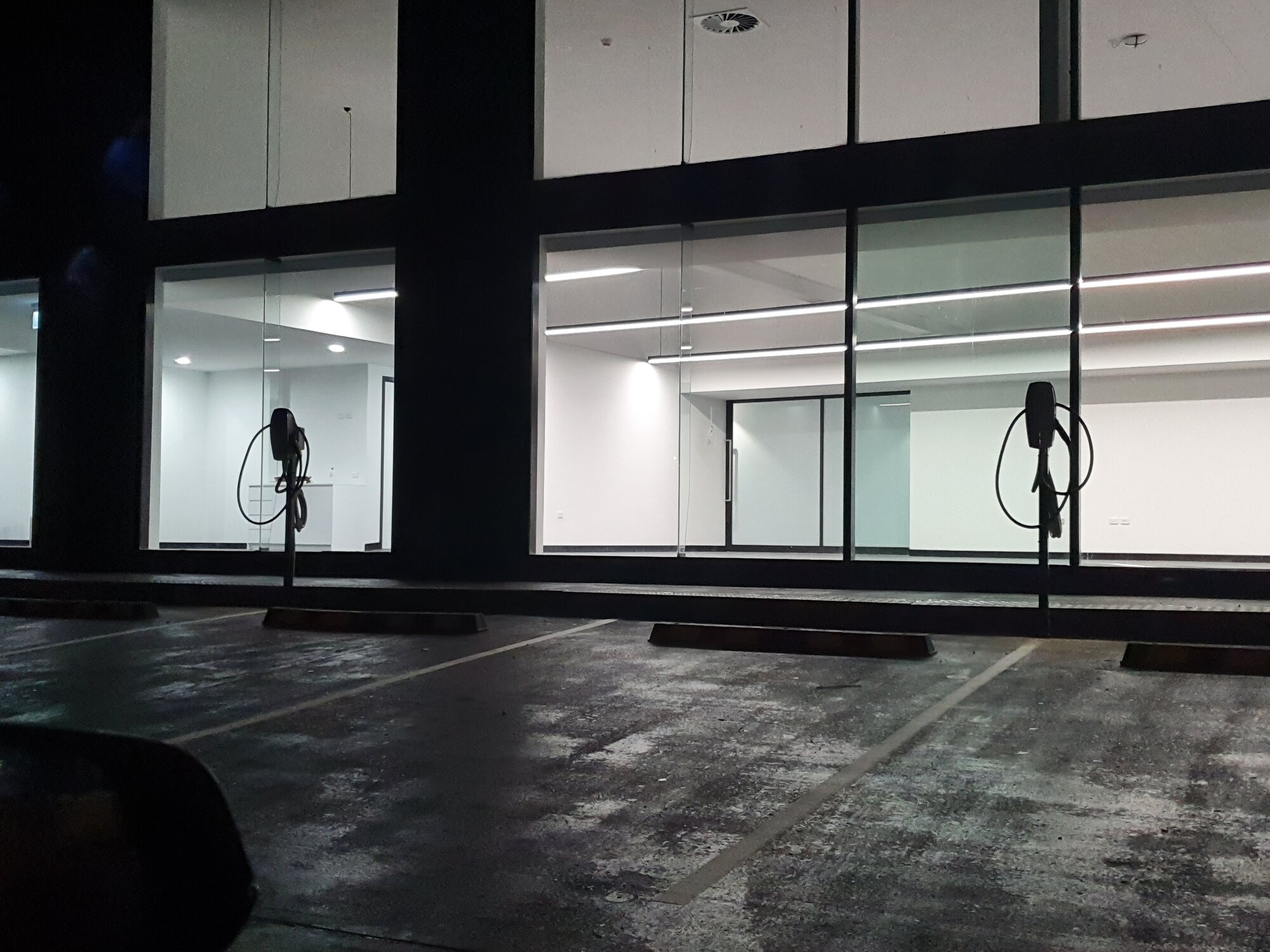 Maybe my PlugShare add will get undeleted now
•••
Q

Nobody Famous said:
Maybe my PlugShare add will get undeleted now
Click to expand...

Big charging operators like Tesla will add their own entries.

We only need to add entries for the well-meaning ones that install a charger, mark out a space, clearly make it available for public use, but forget to put something in PlugShare - like The Place at Warrawong Plaza. 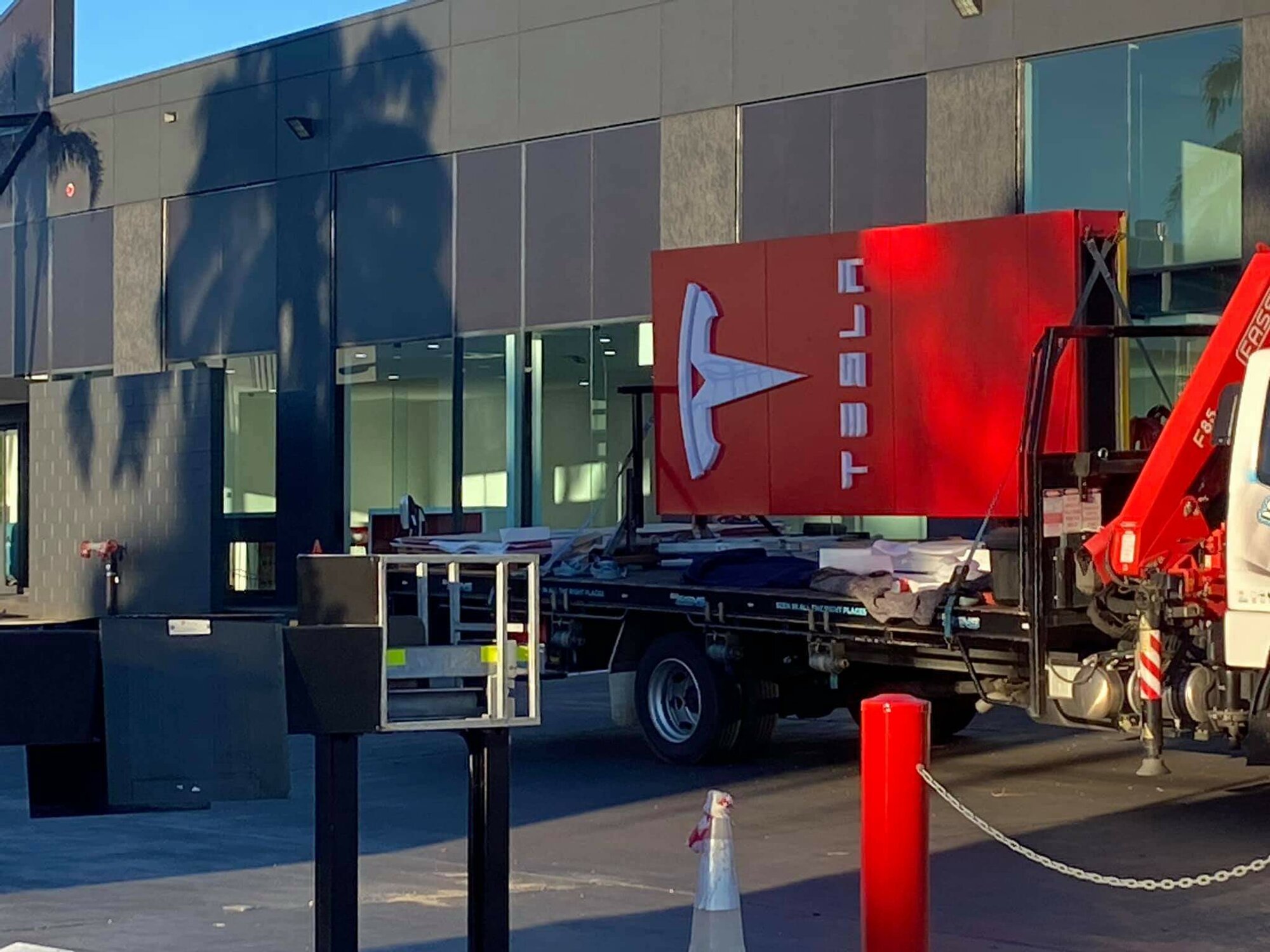 Got a pic of the T on the old Bunnings sign but the sign still on the back of the truck. 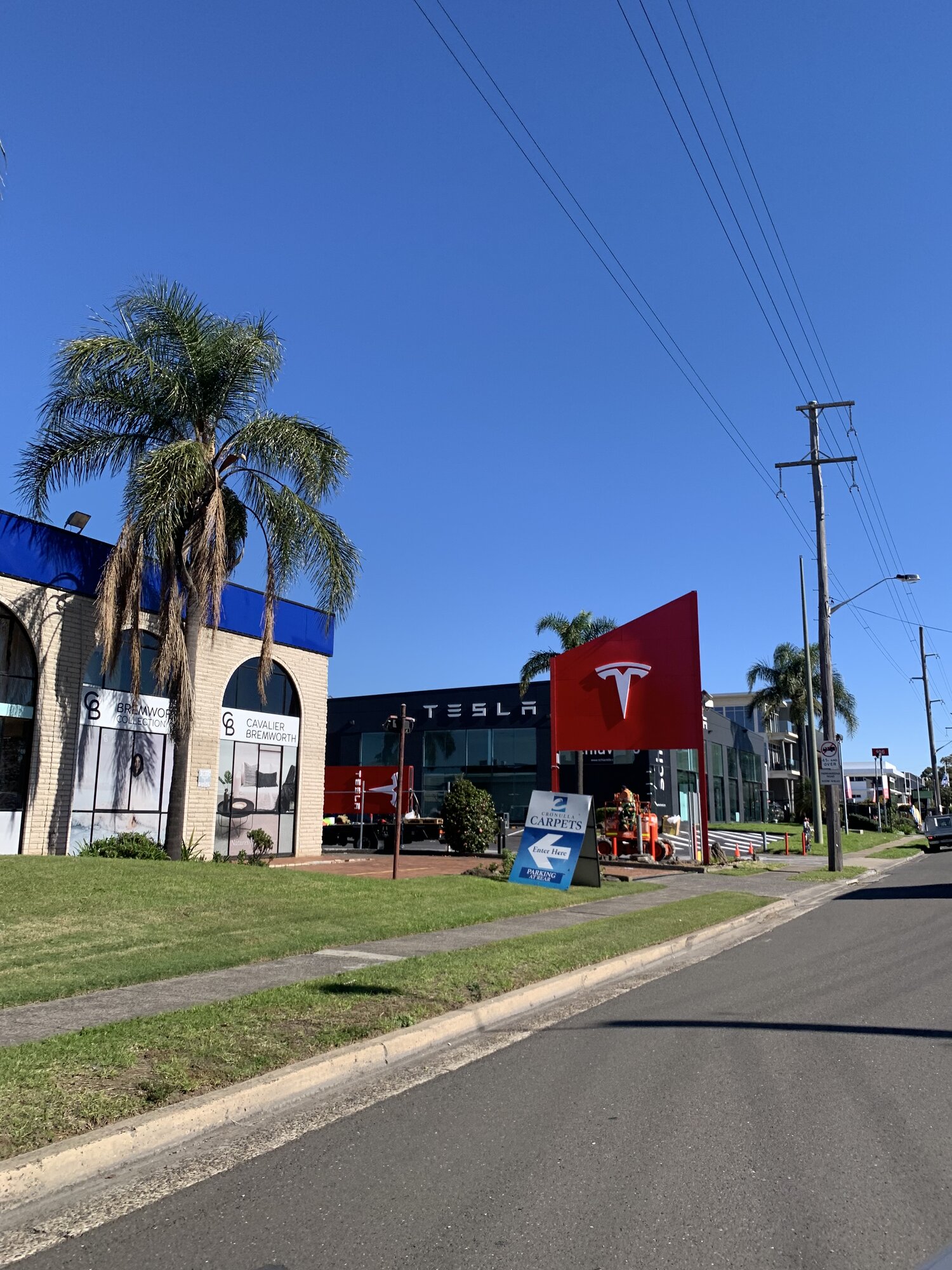 B
Make sure the service centre CLOSES your ticket.