Now waiting to schedule another service appointment with a crew that can go on the roof.
•••
T

Well this sad slow saga is finally over. It took 5 weeks for them to schedule a roof crew to come out, but the appointment was cancelled due to rain storm. Then I spent another 90 mins via phone to get another appointment for two weeks later.

Yesterday Telsa finally came out, got on the roof, found one string was disconnected at the junction connection for the two parallel strings, and fixed the problem in 5 mins.

It's a testament to their horrid service that it took over 7 months to fix when the likely problem and solution was so basic.

Anyway, power production the day before the fix was 3.1kW peak and 19.9kWh production. 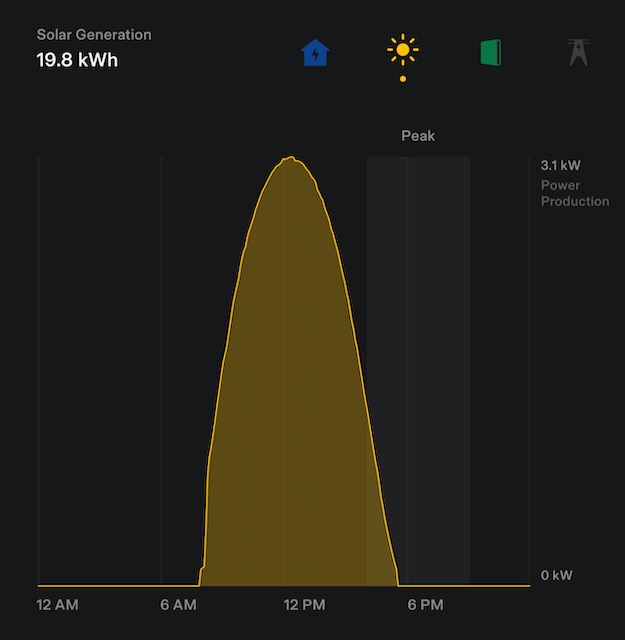 Immediately after they connected the unconnected string at 10:45am, production instantly doubles. 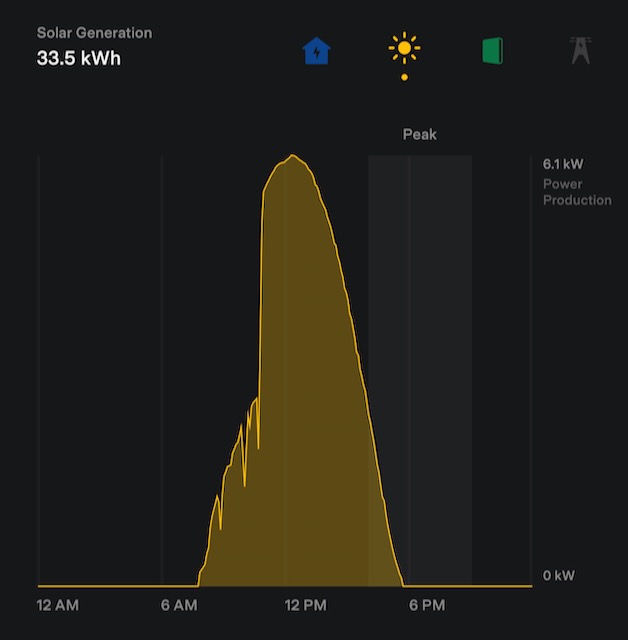 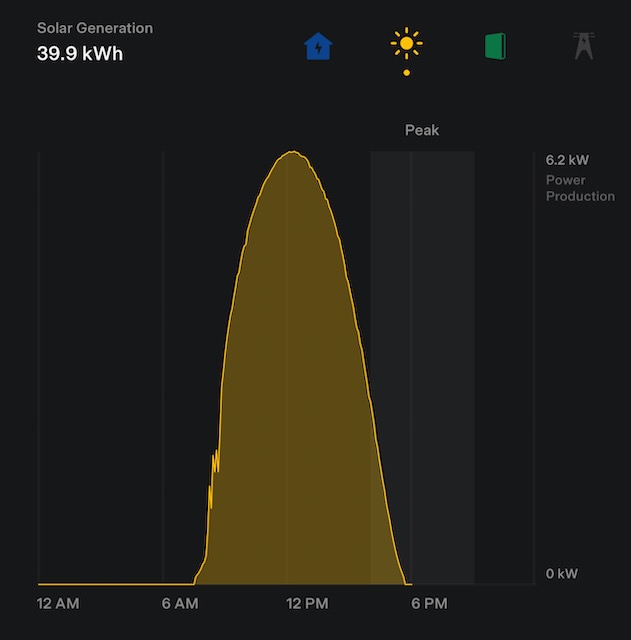 I'm happy now and pleasantly surprised that in the middle of fall, the system is still producing 160% of my daily consumption.
Reactions: BGbreeder and MorrisonHiker
•••
T

One last thing. Referring back to my first post and PVWatts calculations for my system and location, in Sept and Oct after PTO, production was estimated to be 1223kWH and 1093kWh respectively. With my half broken system, the Tesla app reports actual production to be 660kWh and 560kWh, so almost exactly half. PVWatts seems to be quite accurate, and is in line with production Tesla guarantees in the contract.
Reactions: BGbreeder
•••
T

One more update....System was producing up to 51kWh on a clear sunny day. Everything was nice for the past 4 months. Then yesterday afternoon, one of the Powerwalls made some loud popping sounds that echoed throughout the house, tripped the circuit breaker in the Gateway, and died. 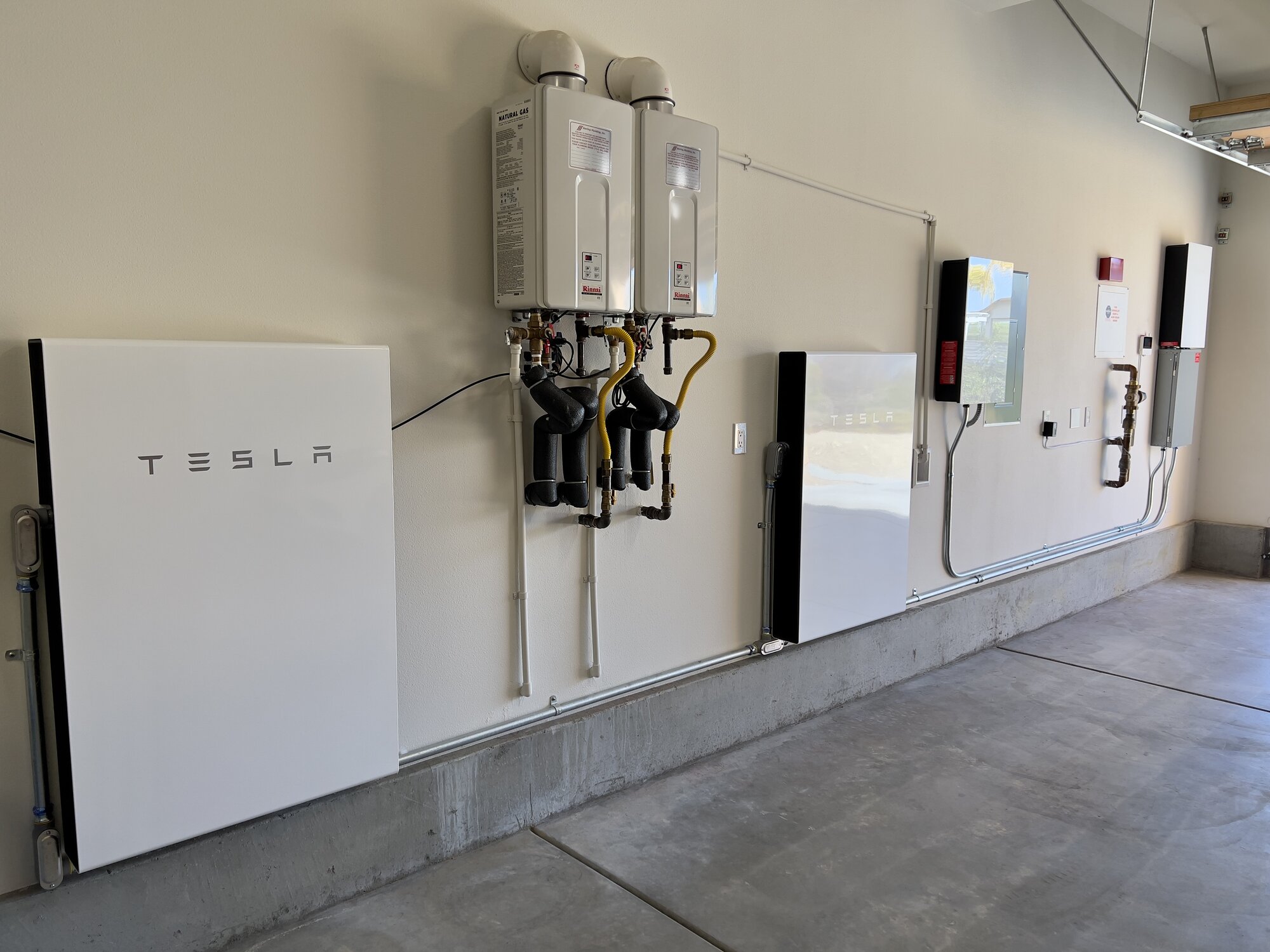 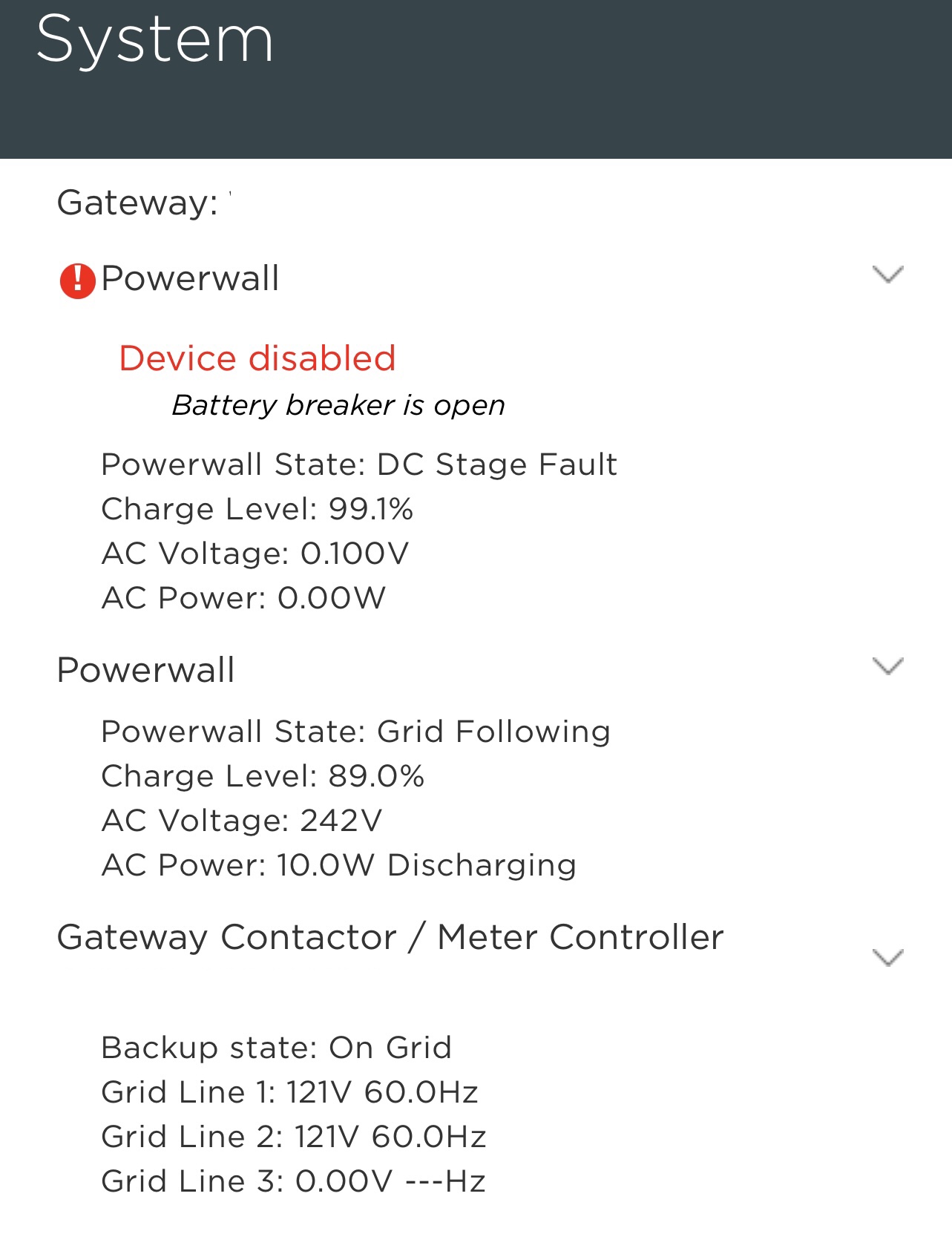 Thanks @taphil for this great post with timeline, I learned a lot. But made me feel that i have a long way to go till i fix my issue,since i am stil waiting for tesla filing for PTO in order for them to start looking at my low production.
•••
T

Good luck. Keep calling at least once a week after PTO.

And to hopefully close this story permanently, Tesla after 7 months finally replaced the dead PW in Oct 2022.

On a positive note, despite only having only 1 PW functioning through the spring and summer, I haven't paid for electricity since March when the PW broke. Not sure exactly how credits, NBC, true up credit, and a yearly energy rebate works, but all my bills since then have been negative.
Reactions: nbakhtyar and haali77
•••