I got a crack in my windshield and am gonna get it replaced as soon as I get around to telling the insurance company.
However, since I have a 2014 it has that STUPID COATING so no radio signals can pass through like a radar detector or a fast pass for tolls.
I want to get a windshield that will allow for this. When I got a new windshield about 2 years ago Tesla replaced it with the exact same one so I still can't use an easy pass thing.

I mentioned this to the parts person at my local SC today and she asked the service tech who told her the new windshield won't work on an older car because the camera is different.
But I think she didn't ask it right because I don't want a 2021 windshield, (obviously that is different) I want a like 2016 or so windshield that still has the same AP1 camera and *sugar* as mine but has a gap for the damn tellapass thing.

I'm on the parts website now and for the 2014-2016 there is 2 different windshields and one of those numbers is the same one as is listed for the 2016-2020 models.
The difference in names is one lists heated wipers (lower mount mirror) and the other says mono-cam hwa lhd ms2.
Now yes I have heated wipers but in 4 years even drivng and living in the snow I've never used the heated wiper thing.
Does anyone think it's possible to install the one that doesn't say heated wipers onto my car?
I mean it's free no matter what part goes in since windshields fall under comprehensive coverage, but perhaps I need to talk to a service tech and be more specific with the question. Because logically based on the part numbers one of those damn windshields has either no coating or at least a small opening for the easy pass.
••• 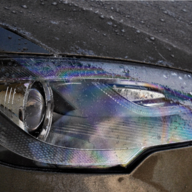 I would say yes, installation is possible but the wires for the heating will be left dangling. If you ask this specifically and they accept your request then why not.
•••