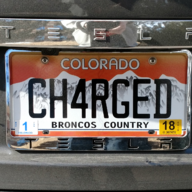 I am seriously looking at a CPO Model S and having 'loosely' followed the Model S for 3 years things like Battery Pack A, B or later, and Autopilot hardware (but not software) are now material to me.
I know that production number is not a linear guaranty of any given change being made, but it is certainly indicative. Is there anyone maintaining a feature/production number chart anywhere - so I could get an idea of the possible issues associated with certain production numbers? e.g. expect an 'A' battery pack, expect the Pano to have less tint than later models, be aware the Blue Metallic changed, etc. Or perhaps this is more about production date, than number (which I understand to be non-linear due to the order vehicles were built against order).

Or is there nothing to worry about - the CPO warranty seems pretty strong, so perhaps I should not worry about early production vehicles.

Any advice, input and links to resources much appreciated.

(BTW: I have searched for this resource, and found many individual comments, but have not found any real consolidated view of this - if I missed it, apologies - just point me to it and close the thread!)
•••

R
Keeping my Model S as she ages

N
I created a registry for 2012 Model S VINs