No need to contact or report problems with a Supercharger

Is this new?
First time seeing this on their web site.
I've always attempted to contact Tesla when there is any issues with Supercharger that we have located. 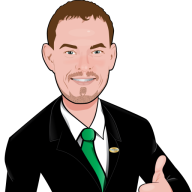 Yeah, been that way for over a year. I used to call as well and tell them, but then they started telling me "we already know, it's automatically reported".
Reactions: Darmie

If you call you get an automated messages and they hang up. I was in Big Sur at night 2 weeks ago. The entire site was down! No power. Doesn't give you a good feeling when you call Tesla they basically don't give a fudge. Fortunately power came on after 10 min. I had an episode of being stranded at a supercharger without power for 24 hours in the winter. That was not fun and back then Tesla helped me out big time. These days you don't even get to talk to a person any more.
Reactions: Darmie

I would think they would take the input. I often thought they could come up with a tab on the app which would verify location and you could note number of the faulty stall. I'm sure looking at the big picture, Super Chargers are just trivial.
Reactions: David99

They could easily do a check in on the Tesla app for the supercharger you are at. There are issues that can't be recognized automatically. A stuck plastic ring from a broken charge port (becomes more common these days) on a plug for example, or mechanical issues in general.
Reactions: IsthataTesl.a?
I

What they actually mean is that they aren't going to fix it quickly enough for immediate reporting to matter.
Reactions: David99, mociaf9 and Rocky_H

I went down to California a month ago and Corning was fine on the way down, but had a lot of problems on the way back. Two stalls were bad and a third charged at a very slow rate. They had a temporary charger on a pallet that helped, but after trying both dead chargers and finally getting a good one, I looked for some tape to put notices on the bad chargers. It's fine they get automatically notified when there is a problem, and the fact they had a temporary on a pallet told me they had responded, but it would be great if there was some sort of notification on the chargers to tell you if there is a problem. They could redesign the chargers to have colored lights on them, red for dead, amber for limited power, and green for fully operational.

They know which ones are bad, but we don't until we try to plug in.