Just wondering if we have many people from the NW, I tell you Tesla’s are like rocking horse poop round here even in Manchester/Liverpool there isn’t many other than the posh burbs where every house has a Range Rover with the occasional T peppered about

I’n the past year I’ve spotted 3 Tesla’s and two of them was on the M62, going strangely slow... starting to be great full I changed from white to black so mine is a little more less of a sore thumb.

I guess I have the maximize range game ahead of me, hopefully I’m better than in an ICE car I think I’m one of few people who gets 11MPG in a fiat 500 “ lead foot”
••• 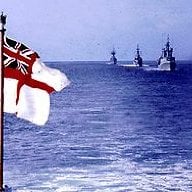 I am not far from Charnock Richard SuC but I am currently working in London/Oxford and Birmingham so not in and ou of Manchester much.

Tesla Model 3 Performance at one year - true love is possible after the honeymoon is over!