I am going to be spending a lot less time moderating this little corner of the world, going forward. I will be traveling and very busy for the next few weeks, so any actions that need to be taken will be done either by me, but with increased latency, or by @AudubonB, correction Lord Vetinari, who has little bandwidth. Either way, this means two things:

Firstly, there are a few people whose posts are being moderated, some placed in purgatory by me, some not. These individuals' posts will simply not appear in a timely manner. I cannot fix this, but have avoided putting more people into moderation because I knew this time was coming.

Secondly, when off-topic or off-the-rails discussions get started, it's likely that they will go unremedied for some time, which often leads to escalation.

Now, the vast majority of members here are nice, calm, mostly rational people. We're all going to be relying on all of you to set the example for the rest, and refrain from adding fuel to fires. Please. This forum is too valuable to most of us to let it go up in smoke.

I want to make an observation. There are a number of relatively new members who broadly can be referred to as perma-bears. (Some are being moderated. Others should be. One should have been banned for creating multiple accounts, but for some reason inexplicable to me, the people with the power to do that have failed to act.) Note that none of these people post very much on weekends or especially holidays. Even when they claim to be engaging in productive and active conversations with other members. They are not here to have fun or to learn. Whether they are paid directly, or hope to make money shorting TSLA, is irrelevant to me... to them, it's a job. I think over the past year or two we have educated them that they at least have to pretend to have civil discussions, otherwise they go over the top and self-destruct. But that isn't sufficient, I'm afraid.

The problem is that when we (and I do include myself) attempt to refute their arguments, or edumacate them, or tickle/taunt them, we annoy those many other members who have ignored their postings. Before I was a moderator, these "ghost posts" from people I respect (and sometimes even know in meatspace) just didn't make sense and added to confusion. That's why we've started to isolate postings into separate threads, where one can simply ignore the entire thread. It's a kind of quarantine and mostly it works well, but it's extremely time consuming and hard to get right.

As a moderator I basically have to read all of it, and have received a great education in the debating tactics, evasions, fallacious arguments and particularly willful ignorance that they employ.
The solution is obvious: ostracism. (Word of the day? You know I'm talking to you, whom I love dearly.) When we don't engage and reply, engage and reply, rinse and repeat, their goals are not met, whether the goal was financial or not. History proves that this works. Liberal use of the ignore feature helps.
Reactions: anticitizen13.7, immunogold, DurandalAI and 9 others
••• 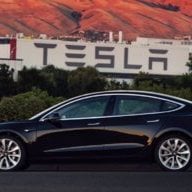 Thank you! While we are here, I wanted to post an excerpt from a book that highlights the MO of the shorts. The playbook doesn't change.

Several familiar characters, including our own Jim Chanos. Even Robert Mueller has a cameo!! Enjoy!!!