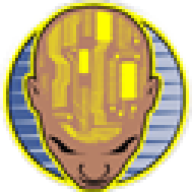 Watching the tube tonight, I suddenly realized that I just saw 3 commercials that were bragging on the car's acceleration, and in fact had the in-car dashcam "OMG" people like the Tesla Insanity Mode Youtube videos. VW, Acura, and (I think) Nissan.

IMO, although I don't think it helps TSLA at all (or at least marginally), it speaks to the resonance that the Tesla Effect has on people, and that other car companies are starting to pick up on it.

lol definitely noticed the same thing. The three Diesel old wives spots, while a bit funny, are a clear effort to mimick the "Tesla effect". Thankfully, the commercials, and message stink about as much as the acting :biggrin:

FWIW, these kind of dashcam accelleration videos way predate Tesla's insane mode. They may not have become as universally popular prior to the P85D, but performance car guys have been making this kind of video for ages. They usually feature attractive young ladies.
•••

I think car makers have been marketing acceleration for some time. These days one of the draw backs of hybrids and other good fuel economy vehicles is they give up acceleration to get good economy and they tend to be dogs on the highway. When I was researching ICE cars before coming to Tesla, I noted most cars have significantly smaller engines than they did back when I bought my Buick 23 years ago. My car has a massive engine for that era, 5.7L V-8, but most larger cars have fairly large V-6s then.

They try to get around the limitations of using small engines by super charging them, or otherwise boosting them, which helps under some conditions, but the max power curve is very narrow. You only get it under very limited conditions and the rest of the curve you're trying to push a lot of iron with a puny engine. Car buyers who have done any research of what actual buyers are saying have seen complaints about poor acceleration. So car ads are pushing acceleration more than they used to.

With the fuel economy ratings for car fleets rising every year until 2025, car makers are pushing the engineering to try and get more and more out of smaller and smaller engines.

At the moment I think Tesla is still off the radar of the ICE advertising departments. I'm someone who started looking at ICE cars and ended up being drawn to a Tesla, but I don't think the mainstream car makers think there are too many people like me out there yet. I suspect they think most Tesla buyers are people moving from BMWs or Mercedes or moving from high performance sports cars. Considering Washington State recently redid their state incentives to limit or eliminate state incentives BEVs over $35,000, they think most Tesla buyers are also well heeled. I believe a recent survey of Tesla buyers found that something like over 50% had upgraded from a car worth less than $50,000 and a fairly significant minority were upgrading from cars that cost less then $30,000. I'm one of those people, my current car is worth about $4000. It was worth $2000 a couple of years ago, but it's now becoming a collector's item. It cost $22,000 new. I was looking at cars in the $30K to $40K range, but the Tesla is so much better than what I was finding in that price range, I am now saving for a Tesla.

After going through the research I did, I have no idea why the market niche for cars around $100K hasn't completely been monopolized by Tesla. Yes, some of those cushy $100K sedans from Mercedes and such have nicer interiors, but other than that, the Tesla Model S is so fantastically beyond those cars in every measure, I don't know how they can compete. I know Tesla is the best selling sedan in that price range, but the fact any other cars in that range sell at all is amazing.
•••

wdolson said:
After going through the research I did, I have no idea why the market niche for cars around $100K hasn't completely been monopolized by Tesla. Yes, some of those cushy $100K sedans from Mercedes and such have nicer interiors, but other than that, the Tesla Model S is so fantastically beyond those cars in every measure, I don't know how they can compete. I know Tesla is the best selling sedan in that price range, but the fact any other cars in that range sell at all is amazing.
Click to expand...

Completely agree, that was my position on acquisition.

But my wife, who can have any car she wants, prefers Jag (and DAMN does she look good in one ) My CTO preferred BMW for the ride, growl and heads-up display (I think when his lease is up he's going to get a MS tho). I think that the competition is nothing but good for TSLA as it keeps a certain amount of exclusivity for Us.

More to your point, the BMW i8 is fun FUGLY car IMO and doesn't even offer what Tesla does, so in many ways I 100% agree - it should be their game to lose.
•••

3300 mile Roadtrip after 2 wks of ownership. My Observations