% of cars still on road

Hi,
Recently, Subaru was mentioning in their adds that "+90% of their 10yo+ cars are still on the road" refering to their safety.
Anyone knows if this kind of data exists (and where) about the 2012+ Tesla's ? 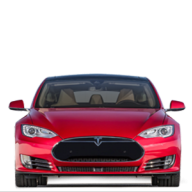 Tesla will know this data better than any other manufacturer given the fact that all of their vehicles, other than the Roadster, are connected to the mothership. It would be interesting to see the data. I am guess that other than few that were totalled, all Teslas are still on the road. But many Roadsters may not be driven so much these days.
•••

Tesla reported 520 reservations for the Model S during the first week they were available[249] and by December 2012, a total 15,000 net reservations (after deliveries and cancellations) had been received by year-end.[250] The special edition Model S Signature model was sold out before deliveries began in June 2012, and according to Tesla all models were sold out for that year shortly after. A car ordered in May 2012 would be delivered in early to mid-2013.[251][252]
Click to expand...

wayner said:
But many Roadsters may not be driven so much these days.
Click to expand...

It's not that they are not driven, they are not supported by tesla anymore, so most are afraid to drive them. On saying that, my 90D sits idle a lot more than my roadster.
Reactions: Brando
•••

C
Does the MYLR chime when backing up into obstacles?