Ohmhour strategy for PV and Powerwall 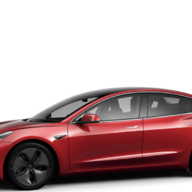 I posted this another thread (slightly off topic), so I figured it best to start a new thread about it.

Given the Powerwall can hurt your Ohmhour baseline if left set to self consumption, and then compounded by the fact we wouldn't be fulfilling SGIP discharge requirements, what is the likely the best strategy to use when considering the different modes and reserve levels via the app, and also adjusting these on the fly using the API.

Currently I've been leaving mine in backup only mode for now, and then switching to self consumption about an hour before an Ohmhour is called. I've been doing it an hour ahead due to the fact its unreliable when the Powerball syncs the settings, so in the near future I'm going to mess around with the API and likely use a combination of IFTTT and my home automation controller to switch it.

Now given the SGIP commitment, I was thinking of excluding myself from weekend Ohmhours and maybe flipping back to self consumption for the weekend. Its either that of think about using the TOU controls to influence it discharging in the small hours of the night, or by using the reserve to control this. Just not really sure what to do with that yet, as I only got the TOU controls yesterday and haven't wrapped my head around it yet.

I don't have my SGIP rebate yet, so figured I maybe don't have to worry immediately until its issued, however in order to fulfill the one discharge per week criteria, I figured I'd better start to work on this before so that I'm not left trying to catch up.

What is everyone else's thinking here? Perhaps we could use this thread to post peoples ideas, or actual strategies...
•••
C

I'm on the PG&E E6 rate. This has peak from 1pm to 7pm and off peak from 10pm to 10am. Everything else is part-peak. I run time-based cost-saving, but I've set my off-peak to begin at 7pm. I accept OhmHours form 7pm to 11pm. If there's an OhmHour, I use self-consumption for that hour. I just got time-based control a couple of days ago, but it looks like I'll meet the discharge requirement based on the 1pm-7pm usage.

Before I got time-based control, I set the Powerwalls to 100% reserve from 7pm to 7am during the week to maintain my baseline usage during the evening. On Friday and Saturday, I kept my Powerwalls on self-consumption since they would fill back up with off-peak energy on Saturday and Sunday. I'd usually get about 2 kWh of off-peak energy from my solar on weekdays that I figured I could use during the morning with just a small loss to maintain the usage for SGIP.

It'd be somewhat harder to figure out whether OhmConnect is profitable if I were on a rate schedule where I had to maintain my baseline at peak rates instead of off-peak, but until I get an EV or my grandfathering expires, this strategy is almost a no-brainer.

One annoying thing about automation is that the local API does not seem to support switching the Powerwall to time-based control ("autonomous") mode. Sending the value that's reported in the status results in an error.
••• 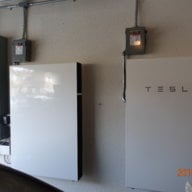 I don't think OhmHour cares yet about reducing usage after 12am, so move all your non-demand-responsive energy intensive activities there to keep your OhmHour baseline for candidate hours?

Otherwise, could find "something" to burn those extra kWh stored in a way that still generates positive returns for you during candidate hours. One would be to charge an EV, anything else energy intensive. Something that's only on demand.
•••
M

TBC: noon-6pm; Plug in Level 2 charger but limit to 3kw per hour during 6-9pm to maintain usage.
When Ohmhour comes; switch to self-powered ~45minutes prior to hour; suspend charge for that 1.5 hours. then about 15 minutes prior to end switch back to TBC.

Given the slow reset to selfpowered and back to TBC, there's clearly drain/savings on either side, but enough reduction to be easily to reach reduction without much effort while watching tv downstairs.

I just wish the reset control doesn't take 30-45minutes to do. That's just plain slow for no good reason.
•••

@NuShrike, yep fully aware of how to game the system a bit with charging EV's etc

I had planned to have the power discharge either evenings or weekends. The rational for the weekend was that I can manage that on those two days and thus manage battery wear and tear better, whilst also minimizing round trip efficiency losses versus 5 or 7 days of that.

Just interested on the specifics of what others are planning to do, whilst also ensuring this info is easy to see for others too that may need a strategy that works best for them.
•••
C

One other subtlety that OhmConnect doesn't document very well: the baseline is calculated from non-event days only. On the day of the OhmHour, you don't have to worry about maintaining your baseline so you can discharge as much as you want.

Having said that, I'm getting more than enough from 6 hours of discharge during the peak rate period using time-based control. With TBC, it may not be necessary to worry about getting enough discharge to qualify for SGIP. The ability to offset all the house load even when solar is producing makes the discharge requirement much easier to achieve.
Reactions: SoundDaTrumpet
•••

strangely said:
@NuShrike, yep fully aware of how to game the system a bit with charging EV's etc
Click to expand...

As long as you got the other hints about NOT just charging EVs. ^_^
•••

H
SGIP and Powerwall discharge behavior with Self Powered mode