on driving a Jeep with TACC and lane assist..

I have a Jeep GC with “TACC”. if you want to call it that.

It’s ACC works a little better than Model 3 (no phantom braking and no subtle lurching/surging when following a vehicle like my Model 3 does). Auto high beam works flawless on the Jeep and Auto wipers, although not flawless, are light years ahead of what Tesla calls AutoWipers. ACC on the Jeep will do full stop and start. But it will quickly time out if stopped long.

I have more confidence in Jeeps crash prevention (minimization) than Tesla’s at this point in time. So many reports of why didn’t the Tesla “act”. It might be working fine but just not super confident in it.

Jeep does not have “AutoSteer”. It’s more like LDA.

You can set how sensitive it is to triggering as well as how strong response is. It can hold a lane but does it poorly (bounces between the lines). Possibly just right sized lanes might be steady. You can turn it off as well. LDA only would do similar.

CarPlay/AutoPlay works pretty good. You can use Native radio and CarPlay at the same time. You just know how to use it. But I prefer Tesla’s overall implementation. A lot of users would be just as confused figuring out Tesla’s gestures on the Wheel as Jeeps higher button count on the Wheel that works fairly well once you’re used to it. I don’t like pushing the scroll wheel sideways for next song on Tesla vs a nicer dedicated button on the back of the wheel on the Jeep.

I have the highest end Audio in the Jeep (Harmon Kardon 19 drivers, 800 watts, 10” sub) with active noise cancelation and it’s definitely nicer than the Model 3. But not by much, I enjoy both. And I never mind taking either vehicle.

Like OP said the “lane” assist does feel like it’s consistent on the Jeep, but it is. It’s very gentle and never vibrates the wheel. Tesla is much better in that regard. There is display you can show in instrument cluster to show you better what it’s doing.

Every Chrysler/Fiat vehicle offers the same TACC and Infotainment packages since starting in Model year 2014. 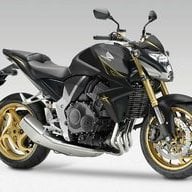 You're never driving my kids around

Model 3 Jun 11, 2021
designrs
D
L
Car attempts to stay in lane as I turn into the exit ramp. Cruise Control and Auto Pilot were not engaged.