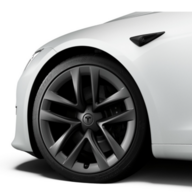 Man, never have scratched any of my cars and BAM! 2 months old and for some reason dinged the garage door like an idiot with back of car - stupid!

But, for those of you that may have similar paint damage in future, this can serve as a reference hopefully. Will post repair pick in a week when its done too.

2. Gold Coast was nice enough but stated they would have to spray/match the entire back area, disassemble the glass in back, etc. All this for that deep scratch and its solid white keep in mind (supposed to be easier to match than metallics). Quoted from $1500-$2000 for this entire scratch paint fix.

3. O'Hare like me didn't understand why the glass had to come out since the MS has an overhang over glass and not some tight rubber seal like many cars. Makes sense. They have quoted around $700 or less which is much more reasonable sounding, including a new plastic Tesla logo that seems required once removing.

4. Pic attached of scratch in current state WITH crappy Tesla touch up paint over it. It went down deep so wanted to protect the existing paint some (went down to metal), etc. Note as well, the touch up paint isn't a finished look ever if you do get a scratch ;-) Also minor scratch the silver chrome Tesla name bar but that doesn't look bad so not worrying about that. 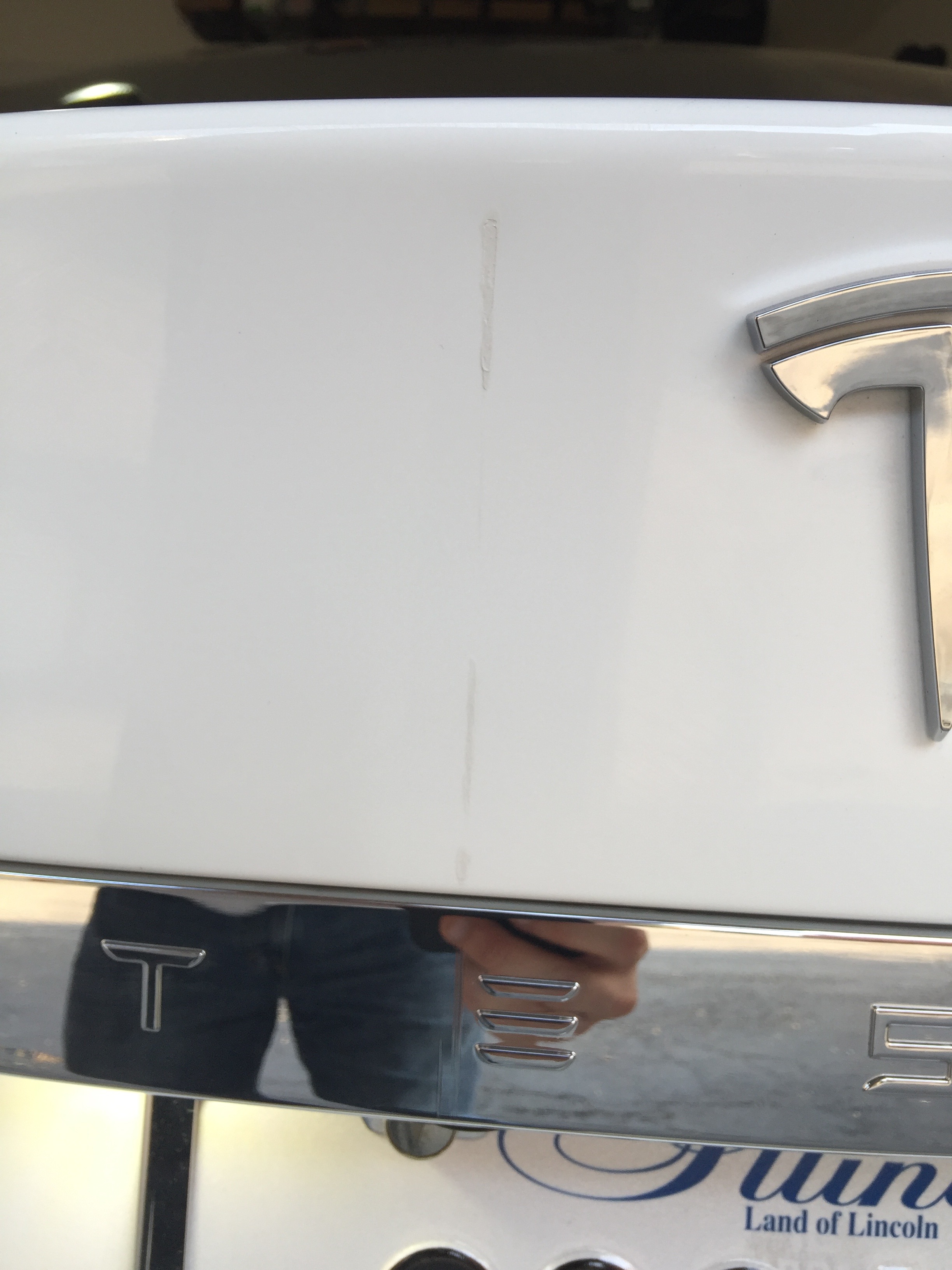 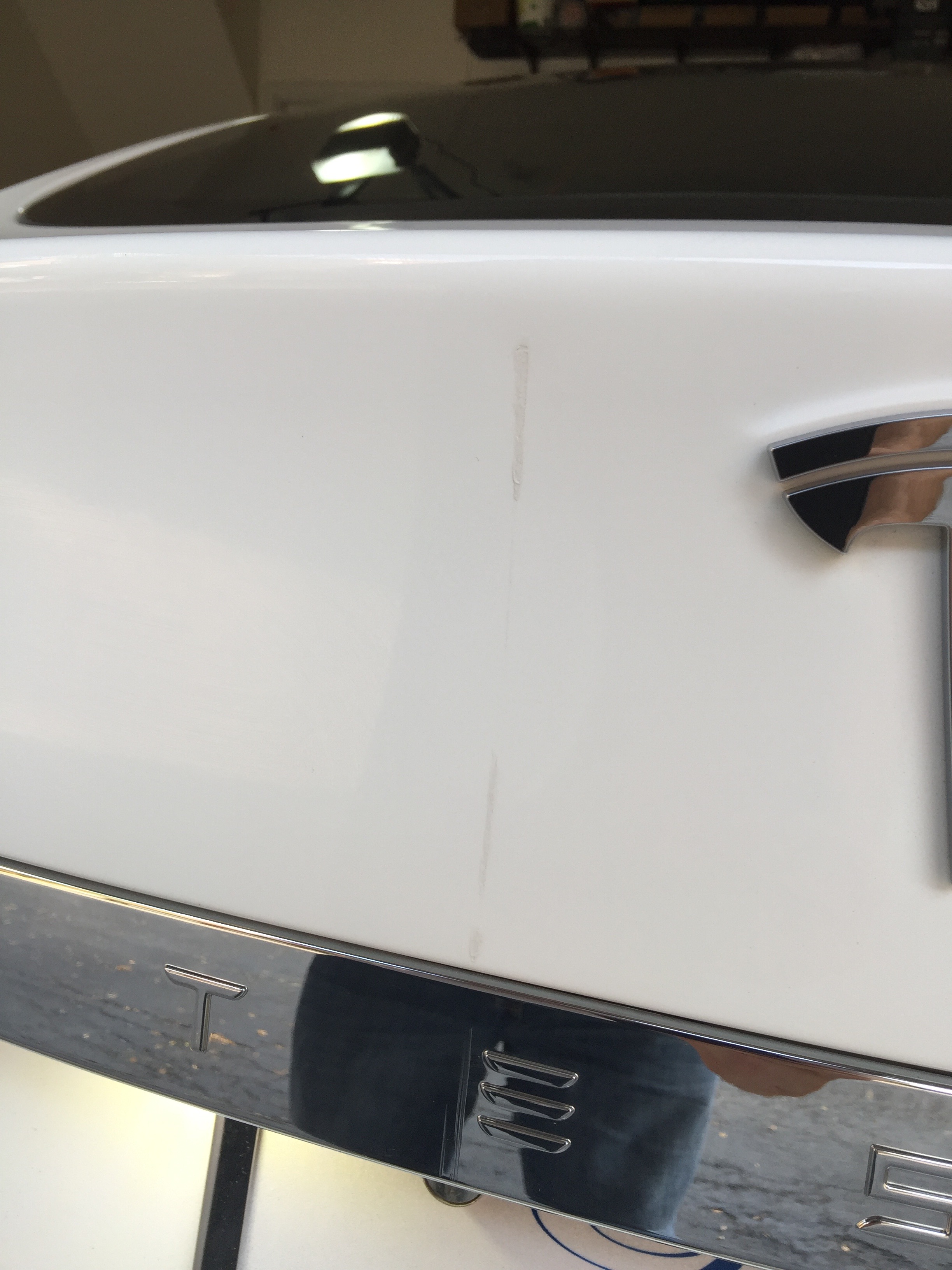 I'm curious to see how well O'Hare does with the re-paint - I have been considering them for a hood re-paint for the past few months now (rock ding with paint damage and dent). Thanks for any future follow-up.
•••

gekkota said:
I'm curious to see how well O'Hare does with the re-paint - I have been considering them for a hood re-paint for the past few months now (rock ding with paint damage and dent). Thanks for any future follow-up.
Click to expand...

Will let you know afterwards - so far they seem to know their stuff and the details of the car well.
•••
D

Thanks and please post your "final" thoughts... I smacked mine on my garage pulling out (yay 2" clearance in Chicago alleys) and have a large gash to fix... have just kinda been avoiding doing so.
•••

Well to follow-up and wrap up this thread, I will have to say that O'Hare Auto Body, one of just a couple shops that Tesla recommends did great - I'd recommend them. They seem to see a lot of Teslas so know the cars pretty well. For me all they did was a deep scratch repair and repaint of back tailgate, but did an awesome job. Looks like new again in the painted section I requested be done. They are super nice as well, and finished the car in 1.5-2 days, instead of the original estimated 3. Total ended up being $765. 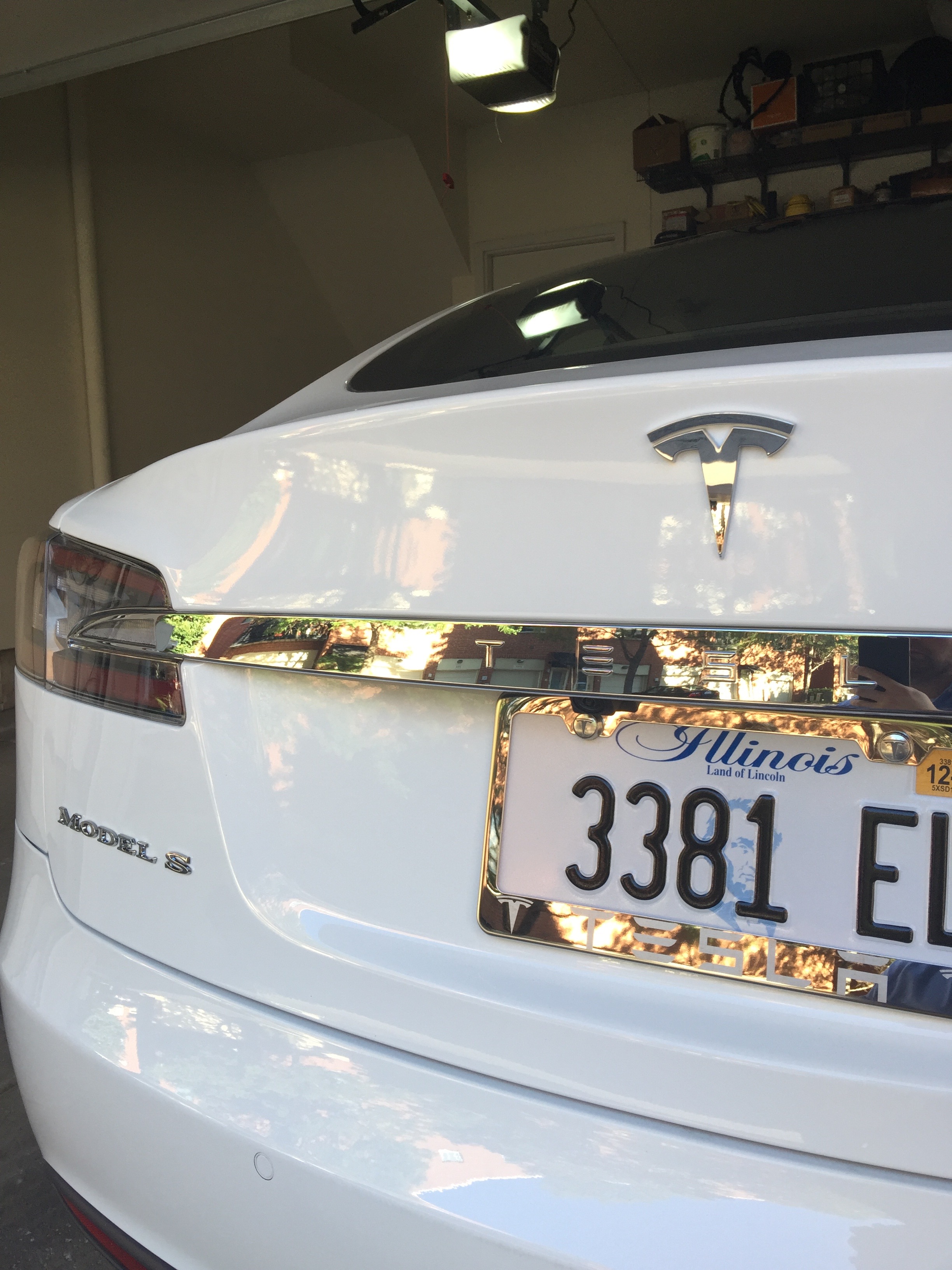 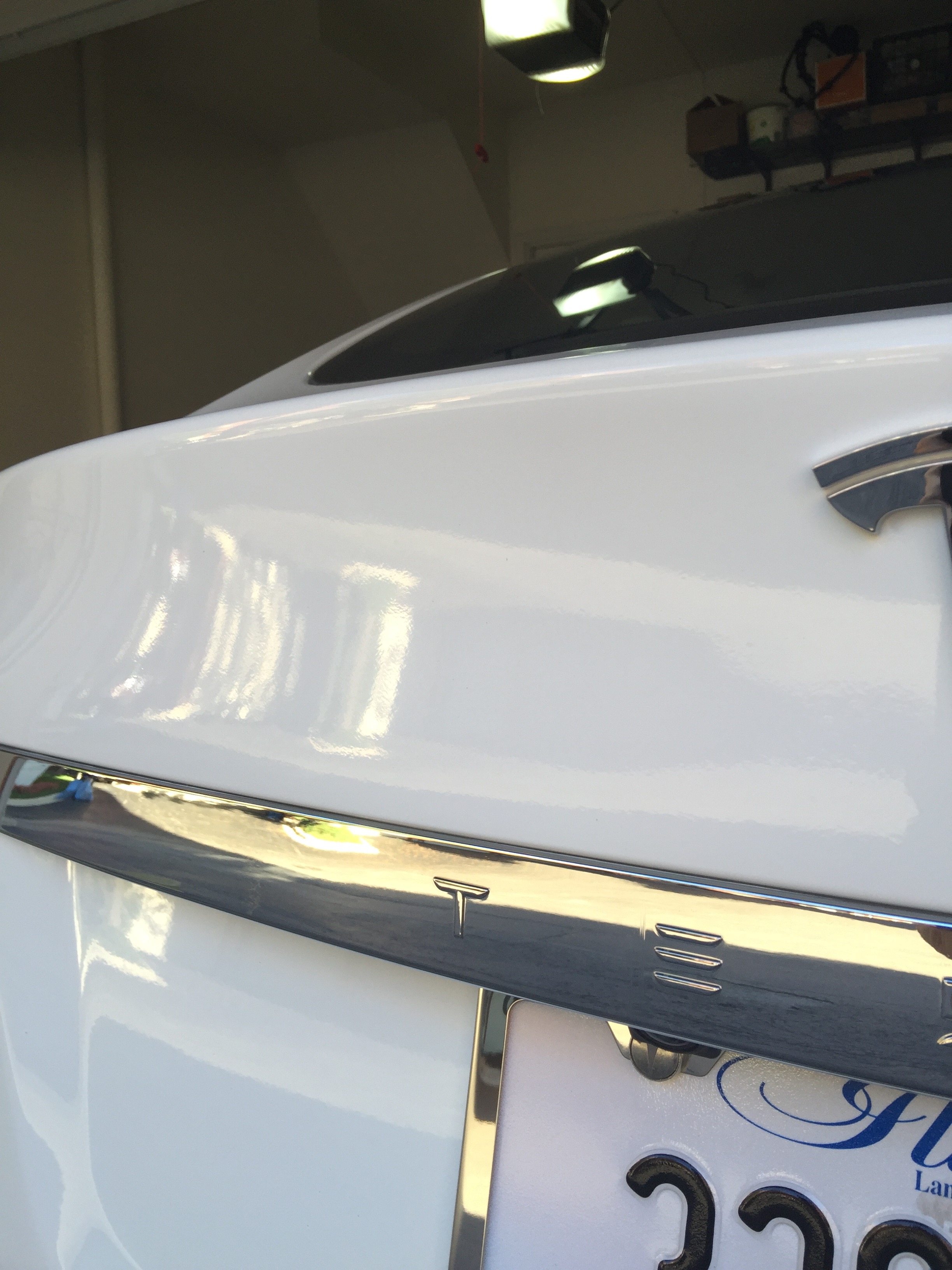