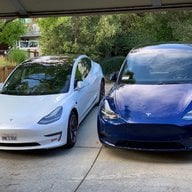 I'm posting here because most owners leave the "order, deliver" section and won't see the question.

You are probably aware that new buyers are facing the same confusion and anxiety that you experienced last year. We all are/have all dealt with Tesla's lack of communication, and believe me it's discussed often.

We have all been promised our cars by year's end, and it's the same basic promise whether you ordered in September or November. SA's aren't much help, and they don't know what the situation is outside of "you should get your cars by year end".

So how was it last year? Did you all get "satisfaction". My local SA said all orders were filled, save for a few that were due to logistical reasons. These few were compensated by Tesla for loss of the $7500 (net $3750) tax credit. Did any of you fall into the group that got compensation.

More to the point: This year Tesla started shipping overseas. In order to maximize those deliveries, they switch production to foreign orders at the start of every quarter. The same this quarter, and there is anecdotal evidence (car carriers leaving plant with foreign license plate provisions) that foreign production is still happening. All this while tens of thousands domestic orders are back logged.

So it seems this year will be an absolute madhouse at the end of December, especially in California. We have the most orders and may not start getting deliveries into mid/late December. Given there are only ten delivery centers in the state, that seems logistically impossible.

So how was the "mad rush at delivery centers" last year? Did it seem like they could process hundreds of deliveries per day per DC? Any guesses if they will meet their promised delivery times this year?
U

My impression is that the service advisors have been spot on. I would not sweat a November order. Is there something that has concerned you about your Model 3 order?

dandrewk said:
So how was the "mad rush at delivery centers" last year? Did it seem like they could process hundreds of deliveries per day per DC? Any guesses if they will meet their promised delivery times this year?
Click to expand...

I took delivery on 12/5/18 and for me personally, the delivery experience was terrible. Extremely crowded and no place to sit and wait. Pouring rain and windy, so just hanging around outside wasn't really an option. The delivery advisor was just trying to rush us to sign so he could go on to the next delivery. Most questions on visible flaws were responded to by "it's within spec". Personally, it reminded me of when my flight was cancelled and everyone was rushing the United Airlines desk trying to get an alternate flight....

I ordered last year during the final-quarter mad rush on Oct 31 2018, with a promise that the car would definitely be delivered by year's end, and in fact probably in November.

It turns out that they had a match somewhere in the pipeline, so they delivered it on Nov 7. I had heard that the local delivery center was a madhouse, but they brought the car to my house. They arrived exactly on time, and aside from a smudge on the interior (easily wiped off) the car was in perfect condition. I've now had it over a year with no issues.

It was a great experience!
Reactions: Clh79 and dandrewk
O

We took delivery end of December. It was no big deal. If you can, avoid weeknights and weekends. Weekdays during the day it’s not all that busy. Everyone wants to pick up their car after work or on the weekend so that’s when things get crazy.
Reactions: jonquiljo and UTMB
D

Ordered 6/30/18 and took delivery 11/19/18. The waiting process sucked and Tesla’s communication was awful. The car was practically perfect though.

I would not sweat it this year. If when you order they promise by the end ofvyear then you’re good. If they miss it they’ll compensate the $1875 or whatever it is.

That said, mist likely if you wait until March-ish you’ll get an even better deal, as with all Teslas (and all products).

dave999z said:
Ordered 6/30/18 and took delivery 11/19/18. The waiting process sucked and Tesla’s communication was awful. The car was practically perfect though.

I would not sweat it this year. If when you order they promise by the end ofvyear then you’re good. If they miss it they’ll compensate the $1875 or whatever it is.

That said, mist likely if you wait until March-ish you’ll get an even better deal, as with all Teslas (and all products).
Click to expand...

What happens in March? 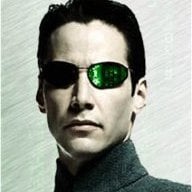 Before Tesla would promise by end of year. Does not look like it now. Does it meant worry or don’t worry? Perhaps go to showroom and ask around. Likely you will get your car but it’s not known how many people are in pipeline before you. There is still strong demand and even more so as Tesla is now selling over the pond in Europe.
S

Was a 3rd Qtr 9/23 delivery last year at the Fremont Delivery Center. They were doing more than 100 deliveries each day from what we were told. Employees from around the country were volunteering to help out with deliveries at the center and making home deliveries as well. I saw a post from a TMC member indicating current owners volunteers would again be on hand at some locations to help answer people's questions from an owner's perspective. We had an owner help us set up our phone charging in the car and found it a big help. One of the guys I spoke with recently told me his daughter, a Tesla employee, volunteered for a recent rush and really enjoyed helping out and being a part of the push. Tesla's been doing this for a number of quarters now, so I think they know what they're doing. Someone posted that they got invited to a scheduled workshop prior to delivery to ask questions, get info and have the opportunity to pick up accessories. That tells me they've been working on trying to make things smoother for new owners and employees. I would think the vast majority of deliveries will be made by end of year.
Last edited: Nov 10, 2019