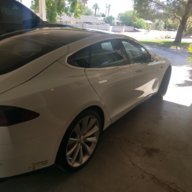 Been shopping for a low mileage 2014 P85 ideally with AP but I know that would likely be a rare find and if so out of my price range. In my search I have found some P85+ options but they tend to range anywhere from 4k to 10K more than the P85 counterpart. I know that performance wise they are identical and that the only difference is staggered tires and a sportier suspension. I have also heard that the staggered tires leads to more frequent tire replacement so essentially the P85+ seems like it would be more $ in maintenance. So the obvious question is whether the "+" is worth the money. I know it is not worth 10K more since that was the entire cost of the upgrade, but is it worth the extra 4-5K for the handing differences. I have owned 911s most of my life so handing is important but I also feel like I will not miss what I dont know and that I would likely be more than happy with a P85 and a larger remaining bank balance. Lastly, my only driving experience has been a dealer demo 90D... they told me it was the closest thing performance wise to the P85 but was wondering if the handling and the road feel of the 90D is more similar to the P85 or the P85+... My ego says + my sensible side says no...please weigh in... thanks....

Get it and then buy some nice 19 wheels. I have both and the p85+ suspension is very nice.

I have an 85D which drives nearly identically to the 90D, and have driven several P85+ loaners. The P85+ driving feel is much more of an enthusiast's feel -- rear-wheel drive, stiffer suspension, and staggered tires give it more of a gruff, muscle car classic feel.

The 85D/90D by comparison is refined, silky smooth, almost has a gliding quality. The all-wheel drive and smooth ride really hide the weight of the car making it feel lighter than it is. It has a more grand touring sedan feel (in the true sense of the phrase "grand touring"). 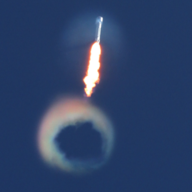 I have a P85+ (CPO). When I bought my car last Sept I had two cars to choose from - a P85 and a P85+. They were actually the same price because the P85 has considerably less miles. What drove me to the + was the air suspension - My in-law's driveway has a steep approach. I wanted the ability to raise the car. I'm happy with it. The car feels very nimble. The staggered 21s are an issue. I have 8k miles since I got the car with new tires and my back tires are done. I'm in the process of getting 20" all the way around (square setup so I can rotate) with pilot super sports.
S

I've driven both P85 and P85+ as loaners. The P85+ suspension is perfect for street driving. It's about half as stiff as my pre April 2015 P85D which makes my P85D far far too stiff for normal streets.
Reactions: Lifeinabox

I am transitioning to 20" "squares" all around as well with Michelin Pilot Super Sports - as I believe this will provide the ideal compromise between the 21" Tesla staggered setup and the stock 19" wheels. 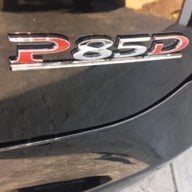 As already mentioned, the suspension and the staggered setup make it a pleasure to drive. We had one as a loaner during our Ludicrous upgrade.

The P85+ is absolutely worth it. But I'll admit I'm biased.
Reactions: SPXMike
D

I have a P85 and have driven the P85+ as a loaner. It certainly felt more solid and WOW those 21" wheels looked amazing! That said I don't think I'd spend $10k for the upgrade. $4k yes. But $10k is a lot of money for a CPO. If I had to do it again I'd go with AWD and forego the Performance model, but that's just me.

Thanks for the feedback looking at both cars this week... unfortunately one is 3 states away... the other is 3 miles away..
Apart from the obvious condition questions. (physical condition, tires, clean title, etch) is there any other questions I should be asking to gain any valuable insights and make the best choice both are 2014 private sale vehicles ...p85 with 27k miles vs. P85+with 19k miles

SomeJoe7777 said:
I have an 85D which drives nearly identically to the 90D, and have driven several P85+ loaners. The P85+ driving feel is much more of an enthusiast's feel -- rear-wheel drive, stiffer suspension, and staggered tires give it more of a gruff, muscle car classic feel.

The 85D/90D by comparison is refined, silky smooth, almost has a gliding quality. The all-wheel drive and smooth ride really hide the weight of the car making it feel lighter than it is. It has a more grand touring sedan feel (in the true sense of the phrase "grand touring").
Click to expand...

This may be a little late for the OP, but I'll echo SomeJoe's comment here, as I just returned a P85+ loaner for my 85D and his comments are spot on. The P85+ is definitely punchier and feels like it has a little more muscle to it. I really liked the staggered rear tires. It seems quicker to accelerate at speed (when driving over 50mph), but I am still unsure if this was due to differences in true output, or just differences in how the go pedal is calibrated.

I was surprised at how possible it was to lose traction on the rear tires even with traction control engaged. I could make the tires scream if I punched it from a standstill. However, that same maneuver would cause the car to fish-tail which I have never experienced in my 85D. So I found myself having to be extra careful with the P85+ in balancing acceleration and control.

I have to say that I prefer the suspension on the P85+ over my 85D. Both cars are SAS, but the P85+ seemed a little stiffer when it needed to be (on turns and curves) and softer when it needed to be (going over a speed bump). My 85D certainly has a great suspension, but I do notice more body roll on turns than I did with the P85+. Worth noting that my car is on 19" tires, while the P85+ was on 21's...so how much that plays into the above-noted performance, I'm not sure. P85+ was definitely noisier on the road than my 85D.

Fit and finish of P85+ was inferior to my 85D, but my car is two years newer with AP, etc. So probably not a fair comparison.
Reactions: Cowby

I've owned a P85+ for 2+ years, and it's a great car. My previous car was a 2002 BMW M5, and the handling is very similar for a large, 4 door "sport sedan." And I love it! Yes, it is just a little "harsher" for those folks not used to a sport suspension,but it's heaven for those who want real connection to the road. I run the 21" turbines in the summer, and 19" all-seasons in the winter.

I've also de-staggered my rear rims, so I have 8.5" rims in all four corners, and also 245 tires. Makes tire buying much easier and more affordable that trying to find 245/265 staggered setup. I'm running the Hankook Ventus V12 Evo2s for summer (see other threads about 21" tires).


bancroftc said:
I really liked the staggered rear tires. It seems quicker to accelerate at speed (when driving over 50mph), but I am still unsure if this was due to differences in true output, or just differences in how the go pedal is calibrated.
Click to expand...

It's all in your head. The difference between the P85+ staggered wheels/tires (265mm) and the regular P85 non-staggered wheels/tires (245mm) is just 20mm in width (about 3/4"). That's not all that much, and actually the slightly wider tires do not affect forward acceleration or grip -- they only really come into play in cornering, and even then, at the extremes and hard cornering.

For me, I've noticed exactly ZERO difference in handling between the 245s and 265s on 21" rims.
Reactions: SPXMike and bancroftc

Steering pulls right when turning right, like highway speeds and in exits/ramps