Seventy-five years ago this morning, the nation's only (?) extant aircraft carrier, the USS Ranger (1931-1947), was steaming toward Virginia's Norfolk Naval Station to take on new crew, including a 23 year-old Lieutenant (jg) who had motored down from Connecticut with his father, and the two were enjoying their last morning together in the countryside out of town.

When the horrible news came across the car radio, he said "Dad! I've got to get to my ship now!"

And thus the Lieutenant...and eventually Captain...and eventually my father - spent every single day of the War in action - in the North Atlantic, then off the African coast, then the South Pacific, on to the Battle of Leyte Gulf, to Okinawa, to southern Japan and after the war's end to the Formosan coast.

Dad died seventy years to the day later, on Pearl Harbor Day, 2011. And throughout that long, long, long, hugely varied and productive life, nothing for him surpassed those four years as formative and magnificent and terrible and unforgettable.
Reactions: FlatSix911
•••

I would have been proud to serve under your Dad. 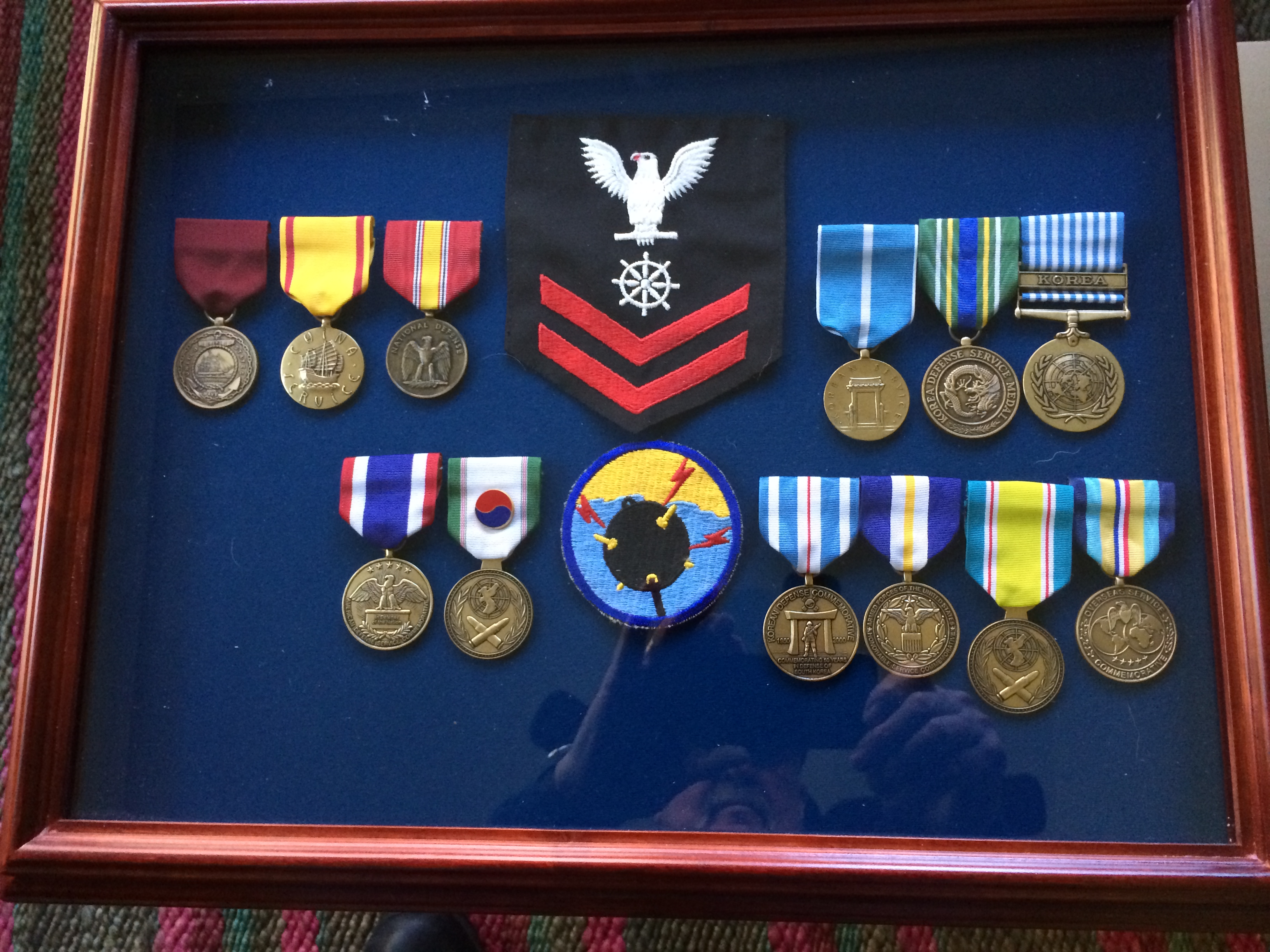 muleferg said:
I would have been proud to serve under your Dad.

Crikeys. You came awfully close! He was the commanding officer (as either Commander or Lt. Commander) of the minesweeper USS Steady (AM-118, later MSF-118) at the end of the War. They cleared the mines off Formosa, and then steamed her all the way back to California (Dad hated the trans-Pac crossing in that little stinkpot tub more than any other part of his naval career).

But in your time - from '49 to '54, he served as the Naval Attache to NATO, based (lucky duck!) in London, Frankfurt and Paris.

As an aside, when I was a little squirt in the summer of 1967, was with Dad on a trip to San Diego. "Let's go visit the naval yard," he said, and when there, he was utterly surprised and elated to find the Steady. The irony, or at least closing of the circle, was that she had just been sold to and was heading back to Formosa, now, of course, Taiwan.
Last edited: Dec 9, 2015
•••

Thank you very much for sharing the stories. I had two great uncles that were on the USS Arizona and are now names on the memorial. I am happy to hear that it went much better for your father.
•••

I just this afternoon received a PM from a member saying that his father did indeed serve under Dad whilst on the Steady.

Now, the crew of those Auk Class minesweepers was barely 100. It is absolutely shocking for someone to have found this connection. I'm completely stunned. This member reports that he knows of a crewman still alive and well, at 92 (Dad would now have been in his 100th year).
Reactions: SMAlset
•••
S

@AudubonB how nice to get that email! I can imagine how much that meant to you. And yes after all these years it's even harder to find crewmates from that time.

My dad passed away two years ago at 91 and served in the Pacific theater on the USS Neville one of the Heywood class attack transports; he maintained the gyrocompass. Very little online about his ship in the way of pictures or even info on crewmates. Mom sent me his Solemn Order of the Mysteries of the Deep Shellback certificate (really beautiful and still in great shape after all these years being stored away in a closet). Also have his graduation class photos from Great Lakes Training Center and from his USN electrician training in St. Louis. A really cool photo he saved that I now have is of the Neville's Ships Party at the Lakewood Country Club in Long Beach Calif after the war. I assume all photos were official USN taken ones that he purchased as a momento. I do have a personal photo of him and his best bud in their uniforms taken outside the Brown Derby with Lou Costello. I have a journal he kept initially after setting sail from California but it stopped somewhere in the Pacific before he saw any action. Their ship carried troops and cargo and I know also brought back wounded. He really never wanted to talk much about it so this is pretty much all I have now from that time in his life. I've found some crew members that served on his ship on hullnumber.com but looks like you have to be a crew member to make any contact. The fact that someone found you is amazing.
Reactions: FlatSix911
•••
Z

I just this afternoon received a PM from a member saying that his father did indeed serve under Dad whilst on the Steady.

Now, the crew of those Auk Class minesweepers was barely 100. It is absolutely shocking for someone to have found this connection. I'm completely stunned. This member reports that he knows of a crewman still alive and well, at 92 (Dad would now have been in his 100th year).
Click to expand...

Really great find for AudubonB @Zannin. I would love to find something like that for my dad's ship. My husband was just sent letters that had been in storage that were written by his dad as a young army guy to his family. His dad has been gone for a number of years already. The family had saved dozens of them and he was just reading through a few tonight. He's not a collector of things so wasn't sure about having them shipped to us but I think he will get alot out of having them. My dad was in his early 20s when he served and it's interesting to read or see pictures of him when he was so young and being faced with such important responsibilities at that age.
Last edited: Jan 14, 2018
•••