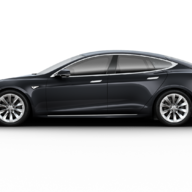 I use the Tesla app on my Android phone (previously a Nexus 5, now a 5x), and I've never successfully received a notification from the Tesla App on my watch. They show up on the phone just fine. All my other apps show up just fine. I've ensured it's enabled in the notification section of the Pebble app.

Tesla support had no advice and told me to take it up with Pebble.

Pebble support say it's because it's an "ongoing notification", which I don't believe it is (it certainly doesn't behave like one), and they suggested I install Pebble Notifier. *shrug* Okay, I'll play along. I installed Pebble Notifier, did all the right things I could think of to get notifications from the app (set it to include mode, checked the Tesla app as the only one, in the sub settings screen specified that I did want to see "ongoing notifications").

No go. Notifications still show up on my phone just fine.

Are there other Pebble smartwatch owners here? Anyone having this issue?

A
No longer receiving notifications since app update?

Trade in expired - no notification?

Trade In Expired - No Notification?