Periodic Loss of Sirius/XM After MCU2 Upgrade and 12V Replacement

About six weeks ago I sprung for the MCU2 upgrade with the $500 FM/XM tuner option in my 2013 MS. Other than some initial challenges getting the new XM radio ID connected to my account, the system worked perfectly. Last week, the 12V battery gave notice that it was dying so I scheduled mobile service to do the replacement. They came the next day and handled the replacement very quickly. Since then, almost every morning when I get into the car, it either is playing the last XM station I had tuned in but doesn't display XM as an option (either at the bottom of the regular audio screen or under the settings/source options screen) or it has switched over to FM completely and again shows no signs of having any access to XM.

I have usually been able to resolve this by rebooting the screen(s) - two scroll wheel press for ten seconds - or by manually powering the car off from the touch screen and restarting a few minutes later. Even these approaches, however, often don't work first time or take some time before XM is again shown as a source option. (I should also note that the main screen has rebooted on its own a few times as well.)

I have a service center appointment in a couple of weeks to hopefully resolve this but wanted to know if anyone else has experienced anything similar or has any other suggestions for faster/better/easier ways of correcting the problem in the meantime. (Doing the screen reboot is only mildly annoying and can usually be done while driving. Powering off obviously requires stopping and delaying one's trip.)
•••

It's extremely annoying but it does come back on its own without rebooting. I think it needs to see a strong XM signal before it comes back. That's not possible in my garage.
•••
S

What software release are you on? There was a regression with Sirius XM in ~July, but it seems to have been fixed in 2021.32.20. See thread: Update removed Sirius/XM selection from infotainment screen
•••
J

I saw that thread and assumed that since I had not issues with the old MCU1 nor at first with the upgrade to MCU2 that that particular software issue wasn't my issue. Of course there's nothing to stop them from recreating an old problem that they had previously solved.

murphyS90D said:
It's extremely annoying but it does come back on its own without rebooting. I think it needs to see a strong XM signal before it comes back. That's not possible in my garage.
Click to expand...

In your experience, how long does this tend to take? So far I've only done local driving since the 12V battery was replaced and this issue started - nothing longer than 30 minutes. Unfortunately my patience for listening to ads on regular FM doesn't last 30 minutes so I've started using the methods I described originally pretty quickly.
•••

swt2c said:
What software release are you on? There was a regression with Sirius XM in ~July, but it seems to have been fixed in 2021.32.20. See thread: Update removed Sirius/XM selection from infotainment screen
Click to expand... 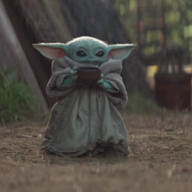 Thanks for everyone's input. Time for an update. My original SC appointment was schedule for this past Wednesday however over the week or so leading up to that time, the problem was appearing much, much less frequently. Furthermore, my text discussion with the Tesla techs seemed to indicate that 1) they didn't really know what the root cause might be and 2) it would likely be fixed via software rather than anything hardware related that would require an appointment. Thus I canceled the appointment and am monitoring the situation.
I still see strange/less-than-perfect behavior but it has now been quite some time since the system has completely lost XM and relegated me to FM only. Frequently when I first start the car much of the audio display is blank however it is now usually playing the last XM station I had tuned in rather than moving to FM. I've also seen that it usually still knows that XM is available and I can get the full display back simply by changing from one XM station to another and back. Finally, on the one or two occasions when it has reverted to FM and shows no XM availability at all, the scroll wheel reboot has brought the system back within a few minutes rather than an hour plus if at all.
•••