So for the past 2-3 months my 2013 Model S has been unavailable in the Tesla App. The app reports one of the two following errors:

Rebooting the MCU will fix it temporarily. At first, months ago, rebooting would buy me another week or more. Then it was a few days. And now rebooting barely buys me an hour of functionality.

At a service visit in November, Tesla said that it was just a glitch that would resolve. The car had an extended warranty at the time that has since expired. Since it's been getting worse I made another appointment. The car sat at the service center untouched for literally two weeks, and was finally looked at today. A factory reset was performed, but the issue returned in just a few minutes.

Has anyone else experienced something like this? Perhaps especially with a classic Model S?

Tesla said there's something wrong with the Tesla app and there's nothing they can do. I do have a second Tesla vehicle, a 2020 Model Y, and it's working fine in the app, so it can't just be the app or just my app. It seems like some interaction between the app and a specific car.

The response from the Service Center on next steps to get it working again was met with a literal direct quote of "Well it's not the car. The car still drives, doesn't it? We can't do anything about the app." I have been given a hard deadline of 24 hours to go pick it up still broken. They say someone will work on fixing the app, but they don't have any clues what's wrong with it, nor an estimate when it might be resolved.

I don't usually like to reward bad behavior by forking over more money, but I probably would have considered it if I knew it would fix the issue. But they said they've seen new Model S/3/Y with similar issues recently, and they don't have a clue as to what the cause might be. So I might spend $1500 (+$500 to keep the radio) to upgrade and have it still be broken.
•••
P

I think you may find that 2020.48.37.8 is one of the latest software release that is applicable to MCU1, unless there has been a new version release in the past 3 weeks. None of the multitude of 2021.x builds were ever released for MCU1. I just upgraded my mid-2016 MS90D to MCU2 in middle of December, at which time I started seeing the string of recent 2021 builds pushed to my car.

One thing you have not mentioned is if you still have 3G if you ever upgrade the cellular module. If you're still running 3G, then could one culprit.
•••

I had the LTE upgrade, so it's on the current cellular network. It doesn't work when it's home on wifi either, so I don't think it's uplink-related.
•••
P

I had the LTE upgrade, so it's on the current cellular network. It doesn't work when it's home on wifi either, so I don't think it's uplink-related.
Click to expand...

I believe the thing that will keep your car off of any of the 2021 software releases is still having MCU1. My understanding is the 2021 softtware builds are only applicable to MCU2 cars.

What the statistics you quote in terms of 35% of the pre-autopilot fleet being on 2021.44.25.2 suggests is about 35% of those owners have elected to have the MCU2 update installed, with the remaining owners still having MCU1 and have the same software release as yourself.

The fact that Tesla is not pushing 2021 software builds to MCU1 cars is no different than at some point an old iPhone, iPad, or MacBook Air quite getting OS updates. I realize it's not the answer you want to hear, but likely at some point you either need to accept you're near the end of the line for software updates or elect to spend the $1500-$2000 to do the MCU2 update.
•••

I think a major difference is that Apple is extremely clear, up-front, about how long you can expect your phone to receive updates, and then they often still exceed those guidelines and provide updates longer. There's nothing like that here. Indeed Tesla indicates it should still work, it just doesn't. The car has only been out of warranty for 2 weeks, though I acknowledge Tesla doesn't have warranties anywhere near this long anymore.

Additionally, as far as I'm aware, Apple doesn't take away features once updates stop. If that's the intention, Tesla should be up-front about that.

In any case, this feels like it's probably a separate side discussion.

My car went offline the first week of October. PCMc, it sounds like you were on MCU1 on the same firmware version until Dec 14th. Did you have app connectivity from October to December?
•••
P

Gizmotoy said:
My car went offline the first week of October. PCMc, it sounds like you were on MCU1 on the same firmware version until Dec 14th. Did you have app connectivity from October to December?
Click to expand...

Yes, I had app connectivity from October up to the time that I had my MCU replaced.

My comment about software obsolescence was directed specifically at your comments about not having received any 2021 level software updates and that the 2020.48.37.8 update is the most recent to my knowledge that Tesla has provided for MCU1 vehicles.

I've not seen you reply to my question in my original post on this thread on whether you still have 3G or you had earlier upgraded to the LTE cellular card. My car has LTE capability, not 3G, so this is one potential difference from my experience, even prior to my MCU2 upgrade. If you are still running 3G, then this could be part of your problem as 3G networks are being shut down.
•••

PCMc said:
I've not seen you reply to my question in my original post on this thread on whether you still have 3G or you had earlier upgraded to the LTE cellular card.
Click to expand...

Gizmotoy said:
I had the LTE upgrade, so it's on the current cellular network.
Click to expand...

We are having the same issue with our 2017 Model X since OCTish. Have to constantly reboot to get it to work and then it works for a day, maybe a couple of days.

The service center first said it's because of an app attempting to connect to it. I hadn't used any 3rd party apps in years. Ok, they cleared some codes and had me log out and re-log in. Didn't fix it. Then they said it's the calendar on the app overloading the server by pinging it? I said, the tesla app calendar function is overloading the server? They said to turn off the calendar function. Ok, did that. Still didn't work. Then they said they wrote the big wigs in HQ and they said we are up the creek without a paddle. Just wait for a firmware. Nothing else they can do. What crock.
•••

I was eventually able to explain that there's an issue, the car is a Tesla, the app is Tesla's, and the Service Center is a Tesla owner's only avenue for reporting issues. They said they'll raise it with engineering and to check back in a month.

But they also said since it "can be fixed with a reboot" it's extremely low priority and might not be resolved. Since I first reported the issue back in October I don't have high hopes. The fact that a reboot only fixes the issue for 45 minutes does not matter to them.

If I had to guess, the newest APIs don't agree with the oldest firmware somehow. In any case, I'll check back in a month to see what they say.
•••
W

Cannot connect the Tesla app to my 2018 model S today. Getting 500 Server Error. Anyone else experiencing this?
Any known solution?
••• 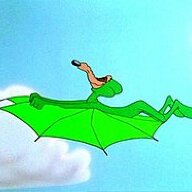 I just had a 500 Server Error and I saw that there is a new update to the app. I installed it, and the error is gone (for now).
Reactions: ucmndd
•••

ayavner said:
I just had a 500 Server Error and I saw that there is a new update to the app. I installed it, and the error is gone (for now).
Click to expand...

I had the opposite experience. Earlier this morning everything was fine and after I updated to 4.5.0 I started getting 500 Server Error and 503 Server Maintenance. It seems to be better now but I don't think it's related to the app update but rather the result of some server side maintenance or issues.
•••

morsecp said:
I had the opposite experience. Earlier this morning everything was fine and after I updated to 4.5.0 I started getting 500 Server Error and 503 Server Maintenance. It seems to be better now but I don't think it's related to the app update but rather the result of some server side maintenance or issues.
Click to expand...

same issue here for the last few days on my 2019 model X long range.
Reboot only fixes it for few hours.
I dont see a new app either.
Just got the 2022.4 update yesterday, but this 540/500 error started before and also after the update
ANy updates from others.
•••
N

This is per Tesla Support

Hi thank you for reaching out! I do apologize about your experience! Just as a heads we are experiencing a service outage and our team is working hard to get the systems back up as soon as we can

any eta on fixing it..

In order to tag your account as an affected user, can you provide me the VIN number for your car>

As for the ETA, they don't have a solid ETA but I would at least give it by the end of the day then delete your app and redownload it 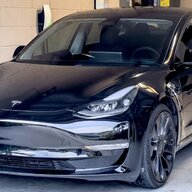 Since updating to iOS app version 4.5.0-858 - 49332ca20 I’ve been getting constant timeout errors via the app. Third party apps seem to connect just fine though, making me think there’s something wrong with the Tesla app itself and that it’s not necessarily a network or communication issue overall.

Luckily the Bluetooth connection can still handle all important car functions like lock/unlock and drive.
•••

Server Error 500 and what options to avoid potential issues