I should probably have asked my DS this but being we scheduled delivery while I was on vacation and just got back tonight I didn't.

1) What do I need to bring with me to pick the car up? I've already sent them the money (shows on their website as received) as well as copies of my insurance card and Drivers License.

2) What should I make sure to ask, or check out, before taking deliver? Anything that is a common issue and might cause me headaches in the future?

I've got to admit - I have not slept well the past 3 nights and I'm doubtful I will get much sleep tonight. I don't think I've been this anxious for anything in well... ever.

Thanks in advance for answering my pedestrian questions.
••• 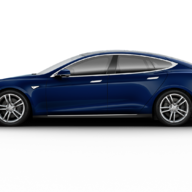 I'll admit the closer mine gets sleep will be non existent too. I'm more anxious for my car than I was when I bought my house. If anything goes bad with the house there's insurance or resale to near break even. With the car reselling on day 1 even brings a decent loss and I know my house isn't going to potentially have range issues some day down the road heh. Probably not the best example as I'm sure some folks out here have had horror story house examples. If so no brining those up as I don't need something else to worry about lol
•••

Screwbal said:
I'll admit the closer mine gets sleep will be non existent too. I'm more anxious for my car than I was when I bought my house.
Click to expand...

I won't bring up horror stories about houses, but I will say that the house was much more nerve wracking for a few reasons.

I needed the house, I had already given notice on the apartment I'd been renting, and it had been re-rented, no house would have meant nowhere to live. The car was less of an issue because it was only transportation, not shelter, and I didn't sell my old one before buying the new one. Additionally it was later in my life, so even though the cost of the car was shockingly close to the amount I paid for the house, it was not as large a sum to me at the same time.

You'll love the car, relax and enjoy. There's still insurance covering your car (I would hope, you'd have to be either crazy or rich not to have full coverage on one of these!) and there's no reason to plan to sell in the first few years when depreciation is highest, keep the car and enjoy.
•••

Model 3: Driving Dynamics Mar 17, 2022
DayTrippin
D
E
What I learned about the buying process from Ordering to Delivery

Model Y: Ordering, Production, Delivery May 3, 2022
ExAudiphile
E
E
What I learned about the buying process from Ordering to Delivery

Model 3: Ordering, Production, Delivery Yesterday at 9:48 AM
teslicles
T
N
Need help - Looking for someone who ordered a Model Y in Canada in June 2019?