SucreTease said:
Physicist here: All of these rates are nonsensical. TW, PW, and W are already rates. To say a rate per hour or per day is meaningless (e.g. 60 mph per day is nonsensical).
Click to expand...

Sorry I was sloppy. I have chastised others for that mistake too. My bad

It looks like I found a bad number to start with. Google is so America-centric that searching for "world" keeps coming up with numbers for the United States. Searching for "petrol" gets a more global number. Anyway, the numbers are:

So all the heat produced by all ICE cars and other gasoline/petrol use is about 0.004% of what the sun pumps in every day.

Each human produces about 2.4 KWH/day of body heat (100 WH/H * 24). With 7 billion humans, that is 16.8 TWH/day in just human body heat. Which is a factor of magnitude less than gasoline heat, but both are still down in the noise compared to what the sun pumps in. 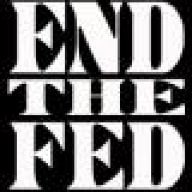 SimoRAV said:
The issue is the commute. Replacing the ICE vehicle with a (relatively) emissions free vehicle is a must. But root cause is the excessive distances traveled. Not only is the long commute an environmental issue, it is a time waster, something that is finite for all of us.
Most of my employment has been local, so perhaps I'm fortunate and also able to walk / cycle to work is a tremendous benefit both environmentally and physically. I feel for those less fortunate that have to work two part time jobs and get kids to school and run a home.
Click to expand...

Some of us don't want to live in urban centers. We want the freedom to live where we choose, and have more control over our private property that we own. Relinquishing your right to control the property you live on is a huge mistake. It's also important to note that not everyone can afford to live in urban areas depending on their income and expense (family) situation. Therefore the commute problem will not be going away anytime soon (as long as they can't pull off something like Agenda 21) so EVs, car/van/bus pooling, etc and other creative solutions must continue to solve the problem.
Reactions: hill, Plug Life and JRP3
••• 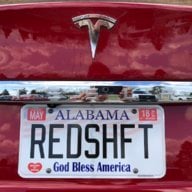 supratachophobia said:
At the time, he was referring to Model S. Model 3 wasn't even a resolved twinkle in Franz' eye yet.
Click to expand... 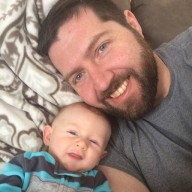 Cloxxki said:
(very much off-topic, skip if offended)
Bill Gates is on the record (TED talk) to be vaccinating to combat overpopulation. Warren Buffett supports him with his billions although Gates has plenty. They already had biolabs in West Africa close to where "Ebola" broke. And this new Ebola labeled virus really is nothing like East-African Ebola from the past. Just the name is the same, catchy. Strangely, in stead of quarantine, people were flow home from the affected areas with only superficial protection.
It's well established that vaccines can contain high dosages of detrimental compounds and elements. Defenseless infants are expected to take more and more of them. A wipe out events from live virus sold as vaccine was barely avoided (Baxter Ukraine live virus Czech ferret recall). For the recent bird flu scare, there were two vaccines, one for women and children supplied for free and one for politicians and family. Poland called off vaccination altogether over this as I recall. Curiously, scientists felt comfortable predicting specific mutations in the virus.

More on topic, I wish Tesla would make cars that bring as many BEVs on the market as possible rather than big as possible batteries in the limited amount of cars they build. A Model S with 60kWh was always fine. With 3C charging, it would be mighty fine and and sufficing for many. Especially with efficient Model 3 motors. Just not as Jetsons and cramped.
Click to expand...

Agree with everything you said except for Tesla making smaller battery cars. I personally went from a P85 to 100D because I wanted the additional range and less time on the superchargers when road tripping. It also should help reducing the degradation because pack cycles are more shallow on my 90 mile round trip M-F into the city.
I think what we need is choice. Smaller and larger batts... Choice + Variety = more EV adoption.
Reactions: supratachophobia
•••
S

I tutored Physics for 4 years in college (my degree is in Electronic Engineering). Making it 174PWH/H is a bit more awkward, but the units do work out.

Trying to get back on topic, most of the discussion has wandered away from the 100KWH battery into more general battery discussion. Even if Tesla makes 18650s for the S/X at the GF1, I think they will start making batteries for the S/X in Nevada sometime this year. That frees up the Panasonic factories in Asia to make batteries for Asian production.

The demand for Li-Ion cells is so high now, Panasonic could probably find a buyer for cells from their Asian plants pretty easily if Tesla didn't need them anymore. The demand situation is very different from 2012 when Tesla was the only company interested in large volumes of Li-ion cells. The cells Panasonic is making for Tesla are proprietary, but Panasonic has their own chemistries they could make.
Reactions: FlatSix911
•••

wdolson said:
Each human produces about 2.4 KWH/day of body heat
Click to expand...

If his units were sloppy how did you both reach the same number?
•••
T

Cloxxki said:
Wait, don't larger cells have a worse guts to surface ratio causing them to be less apt for high load applications?

I also wonder where the hot water goes. Will it be used for showering by someone? In the climate cult people love to obsess about the breathe of life that is CO2, but blatantly ignore the actual heat generated at the very same moment. Where does the heat go? No-one wants to know or talk about that. Rare to find a paper taking the heat itself into account in any sort of way.
Click to expand...

Because Until we build a perpetual motion machine and negate the laws of thermodynamics, waste heat is unavoidable. EV’s are much more efficient than IC vehicles, and they produce a much smaller percentage of waste heat per horsepower even as they avoid CO2 emissions.
••• 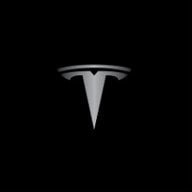 Ofarlig said:
Is it more or less impossible for them to bump the amps allowed for the older models slightly? I know you already ruled out v3 levels but say that the 100 packs would shift the charging curve to peak at 140 kW instead of the almost 120 they do now, and taper less aggressively? And the 75 packs get bumped in the same manor to say 110 kW peak. That would at least cut charging time by a few minutes.

I mean they only said they would release an OTA update that would increase charging speeds, not by how much so they could be technically correct in their statement (although misleading) even if it is a small bump
Click to expand...

This is what I want to know as well. Is it possible the car can accept a slightly higher charge for a bit longer or in other words have the charge curve/taper changed slightly? Not sure if it's possible or not. I'm wondering if heat is the issue if the car could recognize being plugged in and start the cooling fans to max before the battery gets too hot to keep charging at a high rate longer or something like this. I'm not even sure a firmware update could have an impact on the rate a battery can handle in older cars of if they are already maxxed out.
•••
A