In between their public safety updates about the eruption, the USGS Volcano Twitter account was recently led to issue a serious public announcement: Don’t roast marshmallows over volcanoes.

One curious Twitter user asked the USGS account: “Is it safe to roast marshmallows over volcanic vents? Assuming you had a long enough stick, that is? Or would the resulting marshmallows be poisonous?”

Erm...we're going to have to say no, that's not safe. (Please don't try!) If the vent is emitting a lot of SO2 or H2S, they would taste BAD. And if you add sulfuric acid (in vog, for example) to sugar, you get a pretty spectacular reaction.

“Hmm,” the Twitter user replied to the USGS. “Okay, what about roasting hot dogs?”

Full article at:
USGS Forced To Warn People Not To Do Something Incredibly Dangerous On Hawaii’s Erupting Volcano


Actually, that sounds like it'd be kind of fun to try.

But you can safely roast a hot dog in the exhaust of the jet engine on a helicopter if you don’t engage the clutch to start spinning the blades...


It might have a strange aftertaste on the dog from the burned kerosene, but still fun to do at a fly-in! 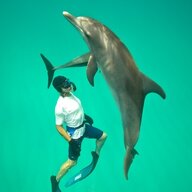 I visited Volcano State Park on the Big Island. Breathing was actually painful. I presume it was the sulfur. I speculate that they take visitors there because they don't like us mainlanders turning their island paradise into a tourist trap. Now I go to Maui instead. I won't be roasting anything over volcanic vents. That stuff is nasty.

S
FYI. Tesla gave away my model y no call no customer service?