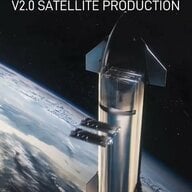 ReflexFunds said:
I don’t think people should count on a blowout quarter and I definitely don’t recommend people betting more than they can lose on short term stock price gains from Q4 deliveries/earnings, however it’s also stupid to ignore that there is at least a possibility of a large increase in production this Q, particularly in light of accumulating evidence. You are never going to make money on the stock market if you discard new evidence just because it doesn't match current consensus - consensus is priced in. You make money when you are right and consensus is wrong.

I’m sticking with a base case deliveries estimate of 110k (hitting minimum FY guidance requires towards 105k), but I think it is possible production could be anywhere from 104k to 120k and deliveries up to 130k given the 15k Model 3 inventory at the end of q3.


Arguments for a large step up in Model 3 Fremont production:

Arguments against a large step up in Model 3 Fremont production:

The UK and Ireland 20 minutes ago
Mr Miserable