I've had a bit of a search but the threads are quite old (2018), but in case I've missed a thread dealing with this already apologies! My model 3 arrived Monday this week, and on Tuesday morning I was offered 2021.40.6 and downloaded it before setting off on an 80mile trip to the office.

On that trip I made a call to my father from my iPhone 11 pro and he sounded good, and apparently I was clear too. Signal was 2-4 bars for the call and I was doing a little over 70mph on the motorway.

On Wednesday on my return journey I made a couple of calls, again my father and also a friend and both of them said I sounded awful, like I was speaking through tracing paper (they were both really clear to me). I've had a call today where they've said I sounded really muffled as well. I was doing a similar speed on the motorway as the call that was fine, and also had similar signal level.

My question is, is anyone else having this issue on Q4 2021 M3 cars? I can't even say it was the new update that caused it because all calls have been made on 40.6. Is there something I'm missing, some setting I've not changed on my iPhone? It's set to treat the Tesla as a Car Stereo in the Bluetooth settings on the phone.

Any thoughts or help appreciated!
•••
V

In the Bluetooth settings of pairingvthe phone there is an I information button with 3 processes to improve quality we had to do all 3 before the calla were clear...all good now!
Reactions: MaxCupR
••• 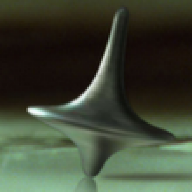 What settings are these? Cause my call quality is terrible, week old car, iPhone XR (up to date)
•••