Positions of political parties on BEV (can add Renewables). 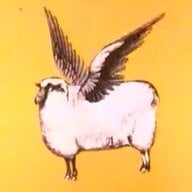 I want to have a better understanding of Political parties on topic of BEV (room to add Renewable, but focus is BEV).

In US the Democrat party has a very positive view toward BEV, but there is also good Republican support. The 2021 Infrastructure bill has $7.5 Billion for building more charging stations. Democrats generally are supportive of BEV (and renewables)

The US Republican party are, shall we say, much more pragmatic. They have a habit of opposing BEV (and renewables), until they see investments in their district.

But in September, Ms. Blackburn was singing a different song, coming out in full support of a major green development in West Tennessee: Ford Motor Co.’s new Blue Oval City is an enormous $5.6 billion complex that will manufacture electric pickup trucks and, in partnership with SK Innovation of South Korea, batteries for electric vehicles. “Altogether, the $5.6 billion in investment will directly create 5,800 jobs in addition to countless opportunities in supporting industries,” Ms. Blackburn said in a statement. “Through this historic project, our state will gain access to trainings and work force development for years to come.”

Mitch McConnell, the Republican senator from Kentucky, has also experienced a come-to-Jesus transformation of late. In July he decried Senate Democrats’ efforts “to wage war on fossil fuels,” but in September, when Ford announced it would be building its new BlueOval SK battery-manufacturing twin site in Kentucky, he too released a statement: “I applaud Ford for their decision to bring their new battery plants to Hardin County, which will provide a much-needed economic boost to the region and create thousands of well-paying Kentucky jobs.”
Click to expand...

With Ford building a multi-billion $$$ plant in both states changing the tune of formal opponents it is clear what auto makers need to do to gain broad political support (and to be clear, this has always been the case since the first kingdoms).

Texas is likely a political oddity, but with good reason.
There has been little verbal support, even some bashing, of BEV and Renewables very likely spurred by the exceeding powerful Oil industry. The irony is it was Republicans that lead to the explosion of wind farms in Texas, make the state a world leader in its use. The childish spat that Texas Gov Abbot had against renewables after the 14 Feb 2021 deep freeze probably hurt him more than bolster support.
With Tesla moving its HQ to Texas and its first Giga factory to start production imminently (posted 14 Jan 2022), and the first massive Tesla Battery station in Angleton (10 miles from my home) it is a literally "watch this space" situation.


Again the question:
What is the political leanings toward BEV you have seen?
Last edited: Jan 14, 2022
•••

As this post in forums shows, companies can exert huge political influence, regardless of political party. Need to watch how this will work out.
•••

Even the seditionists have solar on their homes...

nwdiver said:
Even the seditionists have solar on their homes...

Republicans are actually the biggest proponents of Renewables in Texas.
Follows their mantra of what they say in public is completely opposite of what say in private.
Reactions: mangrove79
•••

Texas for freedom of business and individual freedoms, unless they decide not to.